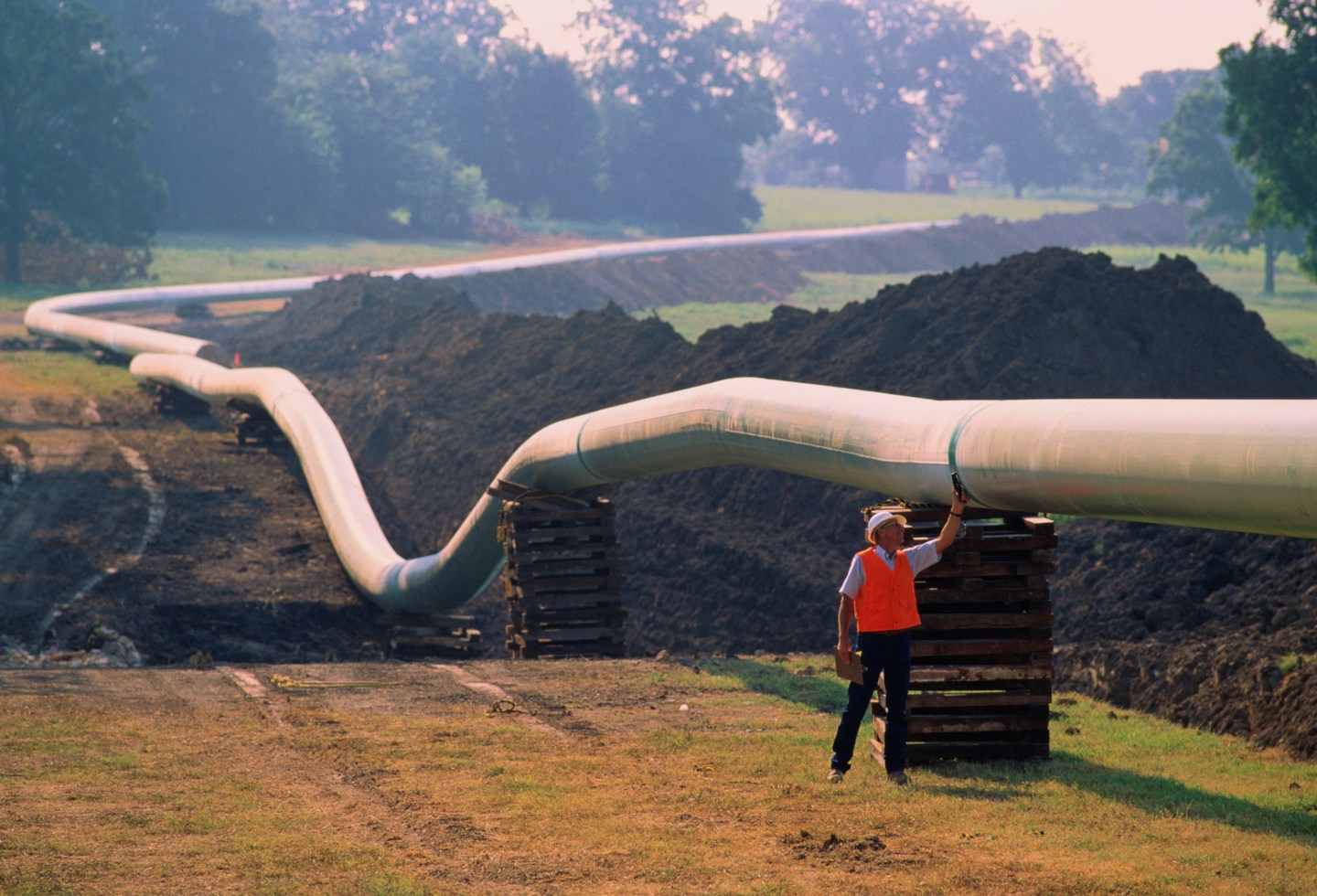 Climate-change activists on Tuesday disrupted the flow of millions of barrels of crude from Canada to the United States in rare, coordinated action that targeted several key pipelines simultaneously.

Activists in four states were arrested after they cut padlocks and chains and entered remote flow stations to turn off valves in an attempt to stop crude moving through lines that carry as much as 15% of daily U.S. oil consumption. The group posted videos online showing the early morning raids.

Protest group Climate Direct Action said the move was in support of the Standing Rock Sioux Tribe, which has protested the construction of a separate $3.7 billion pipeline carrying oil from North Dakota to the U.S. Gulf Coast over fears of potential damage to sacred land and water supplies.

Officials, pipeline companies and experts say the protesters ran the danger of causing environmental damage themselves by shutting down the lines. Unscheduled shutdowns can lead to a build-up of pressure and cause ruptures or leaks, they said.

The activists had studied for months how to execute the shutdowns safely, said Afrin Sopariwala, a spokeswoman for the group.

“We are acting in response to this catastrophe we are facing,” Sopariwala said, referring to global warming.

Police confirmed four arrests, three in Washington state and one in Montana. Protesters were also arrested in Minnesota and North Dakota, the activist group said, after the action early on Tuesday.

The pipelines carry crude produced from Canada’s oil sands to the United States. Environmentalists have fought for years to stem Canadian oil sands production, which some call tar sands, in favor of cleaner energy.

Together, the lines affected can carry up to 2.8 million barrels of oil a day. No damage has been reported to the lines and the shutdown had little impact on the oil market. One of the lines restarted on Tuesday.

“Tampering with energy infrastructure is a dangerous activity and it could cause harm to citizens and surrounding communities, which is unacceptable,” said Canadian Energy Minister Jim Carr.

His ministry was monitoring the situation closely, he said, adding that safety and security of energy infrastructure was a top priority.

“Closing valves on major pipelines can have unexpected consequences endangering people and the environment. We do not support this type of action,” he said.

The incident is the latest in a series of actions by environmentalists and others in response to growing concern over the effects of fossil fuels on the environment and the potential effects on land and livelihoods of spills.

On Monday, 27 people were arrested for protesting the North Dakota pipeline including actress Shailene Woodley, who narrated her arrest on Facebook Live.

Enbridge (ENB) said that it temporarily shut its Line 4 and 67 pipelines at its valve site in Leonard, Minnesota, but that there would be no effect on deliveries. The company said in a statement the activists “are inviting an environmental incident” and endangering public safety.

Spectra Energy Partners (SEP) said trespassers had tampered with a valve on its Express Pipeline in Montana. It said it was taking steps to restart the line after shutting it down as a precaution.

The other pipelines the group claimed to have shut are TransCanada Corp’s Keystone pipeline and Kinder Morgan’s TransMountain pipeline.

TransCanada (TRP) said its Keystone pipeline in North Dakota was shut down temporarily as a precaution after protesters tried to disrupt it.

Kinder Morgan (KMI) confirmed trespassers broke into a location of one of its two Trans Mountain feeder lines in Washington state but it was not operating that part of the pipeline at the time and no product was released. The company said the line has since reopened and deliveries on Trans Mountain were not affected.

All Tuesday’s protesters and their support crews have been arrested, Sopariwala said.

Protesters have previously shut lines down in more isolated incidents but it is rare, said Richard Kuprewicz, president of pipeline safety consultancy Accufacts.

“It’s rare because … you can be prosecuted and go to jail,” he said. “Even if nothing happens, it can be dealt with very harshly.”

In January, Enbridge was forced to shut a crude pipeline in Ontario, Canada, after a protester tampered with a valve station, while in December the company turned off another line in the province of Quebec for several hours after activists chained themselves to equipment.

Protesters have been buoyed by the recent success of Native American groups and environmentalists in their campaign against construction of the 1,100-mile (1,770-km) Dakota Access pipeline, a project spearheaded by Energy Transfer Partners (ETP) that would carry oil from North Dakota’s Bakken shale fields into Texas.

Construction of one section in North Dakota has been halted in response to the concerns of the Standing Rock Sioux Tribe, and is under review.