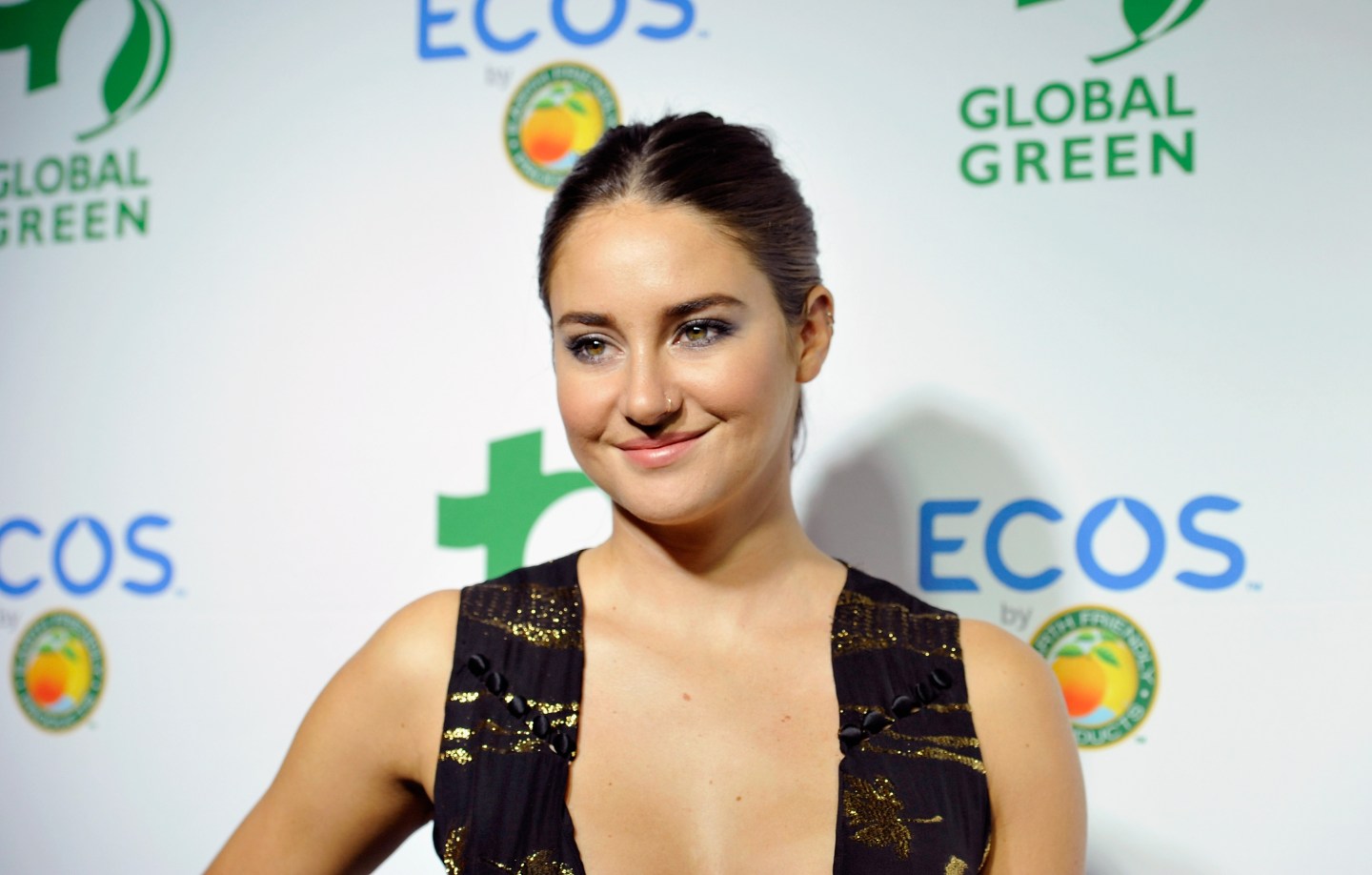 Actress Shailene Woodley was arrested in North Dakota on Monday while protesting a planned pipeline that Native Americans say will desecrate sacred land and pollute water, an incident that was captured live on camera.

A spokeswoman for the Morton County Sheriff’s Office confirmed that the 24-year-old actress, who stars in the film Snowden, was taken into custody at the demonstration but declined further comment.

Woodley is seen narrating her own arrest in a video posted on her Facebook (FB) page, saying she was headed peacefully back to her vehicle when “they grabbed me by my jacket and said that I wasn’t allowed to continue … and they have giant guns and batons and zip ties and they are not letting me go.”

An officer is heard on the video telling the actress, also known for the Divergent film franchise, that she is being arrested for trespassing.

As she was led away in handcuffs, Woodley says on the video she was among hundreds of protesters but was singled out “because I’m well-known, because I have 40,000 people watching.”

Woodley, who is known for her environmental activism, has previously joined members of North Dakota’s Standing Rock Sioux Tribe to protest against the proposed construction of the $3.7 billion project.

The 1,100-mile (1770.28-km) pipeline, being built by a group of companies led by Energy Transfer Partners, would be the first to bring Bakken shale from North Dakota directly to refineries on the U.S. Gulf Coast.

The group behind the pipeline, called Dakota Access, had planned to start operations in the fourth quarter of this year, but construction has been dogged by demonstrations.

On Sunday, a federal court rejected a request by the Standing Rock Sioux Tribe to halt construction of the Dakota Access pipeline but said that ruling was “not the final word,” as a necessary easement still needed government approval.

On Monday, the Department of Justice, U.S. Army, and Department of the Interior said that the Army, in the interim, will not authorize construction of the pipeline on Army Corps land bordering or under Lake Oahe.

The tribe said the pipeline would leave it vulnerable to contamination from oil spills and would damage historic and culturally significant sites.

Supporters say it would provide a safer and more cost-effective way to transport Bakken shale to the U.S. Gulf than by road or rail.

In the film Snowden, released earlier this year, Woodley plays Lindsay Mills, girlfriend of the former National Security Agency contractor, who leaked details about the U.S. government’s massive surveillance programs and was granted asylum in Russia after fleeing the United States in 2013.