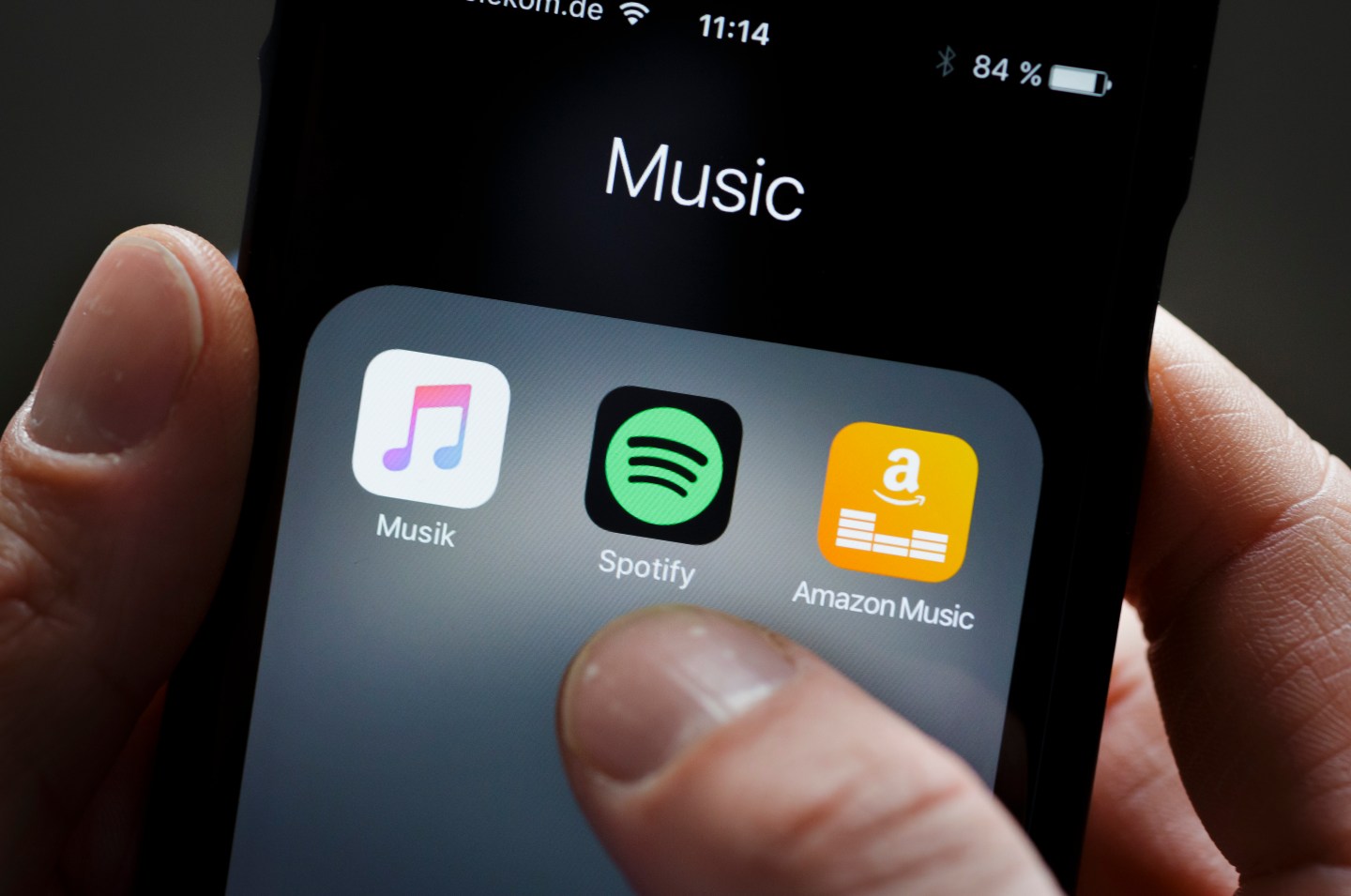 You can almost hear the word “but” coming as you read through the recording industry’s mid-year update about the state of the music business. Recording Industry Association of America’s CEO Cary Sherman admits the U.S. music market grew at a healthy rate “for the first time in over a decade.” But he’s still unhappy.

Why? Because the RIAA believes that YouTube (GOOG) is getting a free ride on all of the music that is played and shared on the Alphabet-owned service. And Sherman isn’t about to let a little thing like unprecedented revenue growth from streaming services stop him from going after his favorite target.

There’s no question that the music business is doing better than it has for some time, as streaming continues to grow as a revenue source. According to the RIAA, streaming in all of its forms accounted for almost half of all recorded music revenues in the first half of 2016, with a total of more than 18 million subscribers on average, or about twice what the group reported last year.

Spending on music as a whole climbed 8% to $3.4 billion. If that growth rate continues, the U.S. industry will increase its revenues for the second year in a row—the first time it has had back-to-back growth years since CD sales hit their peak in 1999.

Most of this growth has been coming from Apple Music (AAPL) —which just disclosed that it has 17 million subscribers—and Spotify, which now has more than 40 million paying subscribers. Smaller services such as Pandora (P) and Tidal have also contributed. Subscriptions are now significantly bigger than the sale of CDs, and almost equivalent to the value of permanent music downloads.

So isn’t that cause for celebration? Apparently not. In an essay on the blog-hosting site Medium, Sherman allows himself a small cheer about how this represents “a remarkable transformation and reinvention” by the recorded music industry, and then it’s back to bashing YouTube. Sherman says:

Despite the massive consumer demand for music, the damning reality remains that music is fundamentally undervalued, with broken, outdated laws threatening the entire music community and distorting the marketplace. The result? Many services rake in billions of dollars for themselves on the backs of music’s popularity but pay only relative pennies for artists and labels.

Although he doesn’t mention them in that particular paragraph, it’s clear who he’s talking about. And the RIAA CEO makes it explicit by posting a chart comparing the amount of money Spotify—which pays labels directly—pays for 1,000 streams of music, vs. what YouTube pays as a share of the advertising revenue on videos that include copyrighted music.

In case you haven’t been following this issue closely, the “broken, outdated law” that Sherman is referring to is the Digital Millennium Copyright Act.

The RIAA and other music industry organizations have been campaigning for some time to get YouTube to pay more than it does for music licensing, and they say the DMCA is to blame because it allows YouTube to host music without paying for it (they also don’t like that radio still has a compulsory license).

Google, meanwhile, has repeatedly pointed out that it makes it as easy as possible for content owners to either have their music taken down or leave it up and share in the advertising revenue generated from it. But that’s not enough for the RIAA, it seems.

The RIAA would like to make it seem as though Spotify is a good service and that YouTube is a bad one, but the reality is that they are based on completely different business models. Spotify pays record labels directly for their music, and it pays a huge amount because it has no choice—YouTube’s advertising revenue is never going to approach what the music industry wants in terms of payment.

Getting lots of money from Spotify may be great for music labels and owners, but it’s not doing much for Spotify: The company lost $200 million last year, and the massive payments it makes to record companies (which amount to more than 85% of its revenues) are a big part of the problem. And the RIAA says it’s still not enough.

Sherman may be proud that the record industry has adapted to digital streaming and moved itself away from packaged music, but it is still operating as though it deserves exactly as much money as it got when CDs and physical records were the dominant distribution method and it had a monopoly on that pipeline. That’s no longer the case. Maybe someday the RIAA will realize that.