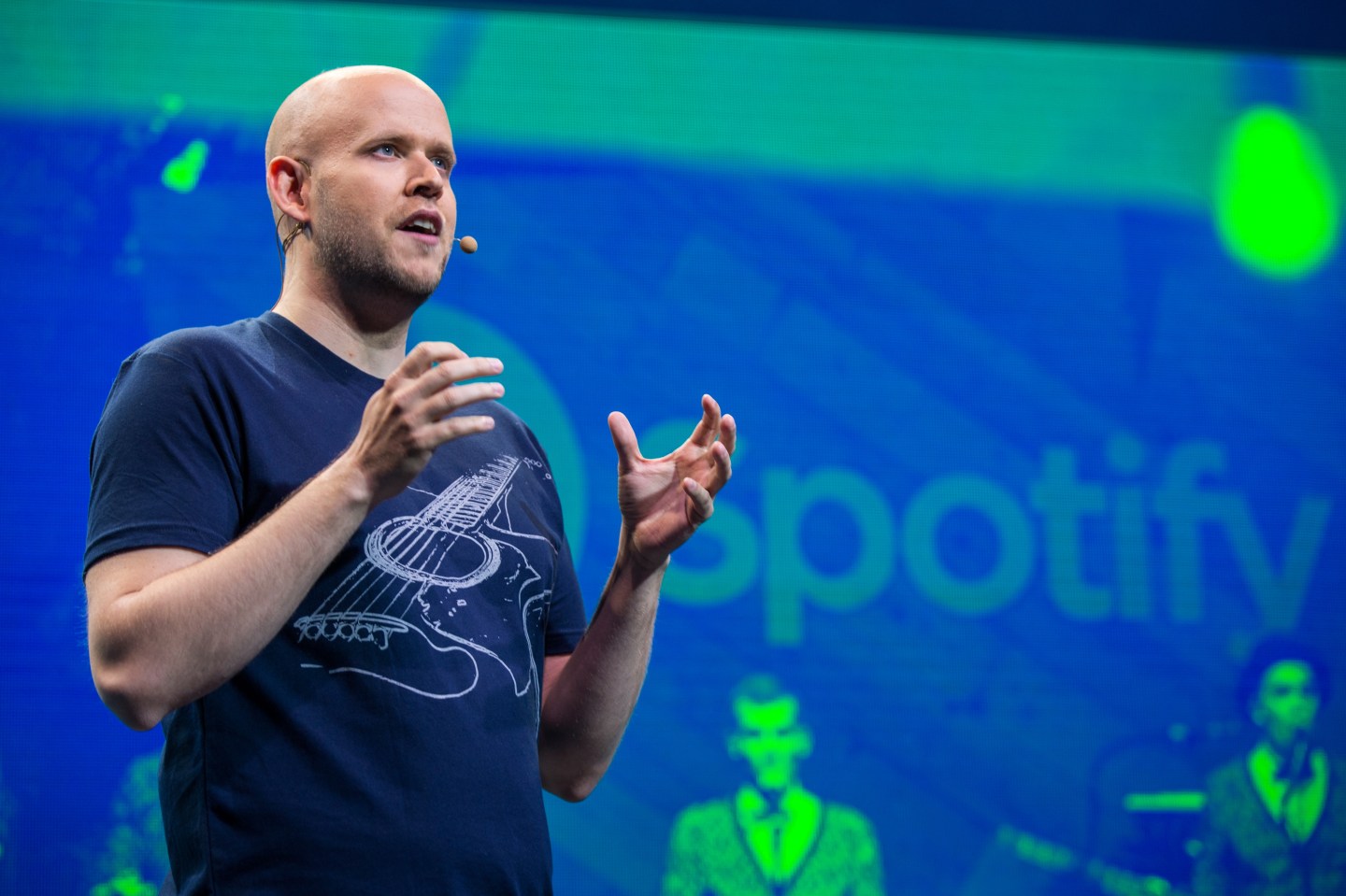 The U.S. record industry’s umbrella organization, the RIAA, released statistics this week showing that annual revenues from subscription-based streaming-music services have overtaken downloads—news that won’t exactly come as a surprise to Spotify and Pandora fans.

The industry group could have used this momentous news to simply celebrate its ability to adapt to new market conditions and new business models, for the benefit of the artists it theoretically represents. Instead, in classic RIAA fashion, it couldn’t resist taking the opportunity to complain about how it’s not making enough money from ad-supported music services.

In a blog post, RIAA chairman Cary Sherman said that while music consumption is skyrocketing, “revenues for creators have not kept pace.” According to Sherman, that’s because while fans listened to billions of streams through ad-supported digital services like YouTube, “revenues from such services have been meager—far less than other kinds of music services.”

Let’s unpack this a little. In a nutshell, Sherman is saying that because ad-supported services—or in fact, any alternative music-distribution method—don’t pay as much as some other music services, they must be flawed and/or stealing from musicians and record labels.

In other words, the music industry’s largest negotiating body assumes that any new distribution method or infrastructure for delivering music to consumers must by default generate as much revenue as the industry used to get from records or CDs. And if it doesn’t, that means there is a structural error in the business that the RIAA needs to fix. But wait, it gets worse.

In describing this so-called “value grab,” through which some technology giants have apparently unjustly enriched themselves at the expense of those who create the music, Sherman blames what he calls “outdated, market-distorting government rules and regulations” that let technology companies like YouTube “pay below fair-market rates, or avoid paying for that music altogether.”

And what are these market-distorting rules, or “unjustifiable inequities,” as Sherman calls them? They include: “The exemption AM/FM broadcasters enjoy from having to pay artists and labels for the music they play, satellite radio’s unfair and inexplicable below-market rate standard, and the hopelessly outdated ‘notice and takedown’ provisions of the Digital Millennium Copyright Act (DMCA), which many services have distorted to rake in billions of dollars of revenue on the backs of artists.”

Yes, you heard that correctly. The RIAA is still complaining about the injustice of the terrestrial radio industry’s exemption from performance licensing fees, something that was worked out in the 1970s (and was based in part on the way that player-piano rolls were licensed at the turn of the century). The industry routinely tries to promote legislation to “fix” this problem but just as routinely fails.

Not only that, but the RIAA is still blaming the DMCA because it gives services like YouTube so-called “safe harbor” protection from damaging copyright lawsuits.

All of this is just part of the record industry’s ongoing war on ad-supported music of any kind, whether it’s radio or streaming or YouTube videos. Even Pandora, which built a huge service based on the radio-style model, has effectively capitulated to the industry by de-emphasizing its free service and even writing a bizarre love note to the RIAA arguing that the ad-supported model is evil.

Here’s a radical notion: What if the revenues from records and CDs were artificially inflated for a variety of reasons, including the scarcity model that physical products allowed the industry to maintain? Why should a new distribution model for music be seen as flawed just because it doesn’t generate as much or more revenue as the previous model?

There was arguably just as much of a “value grab” going on in the music industry before the web and streaming came along, but it wasn’t YouTube that was doing the grabbing, it was record labels and publishers. Those days are vanishing quickly, but the RIAA doesn’t seem to want to admit it.