Citigroup Thinks Donald Trump Could Cause a Global Recession 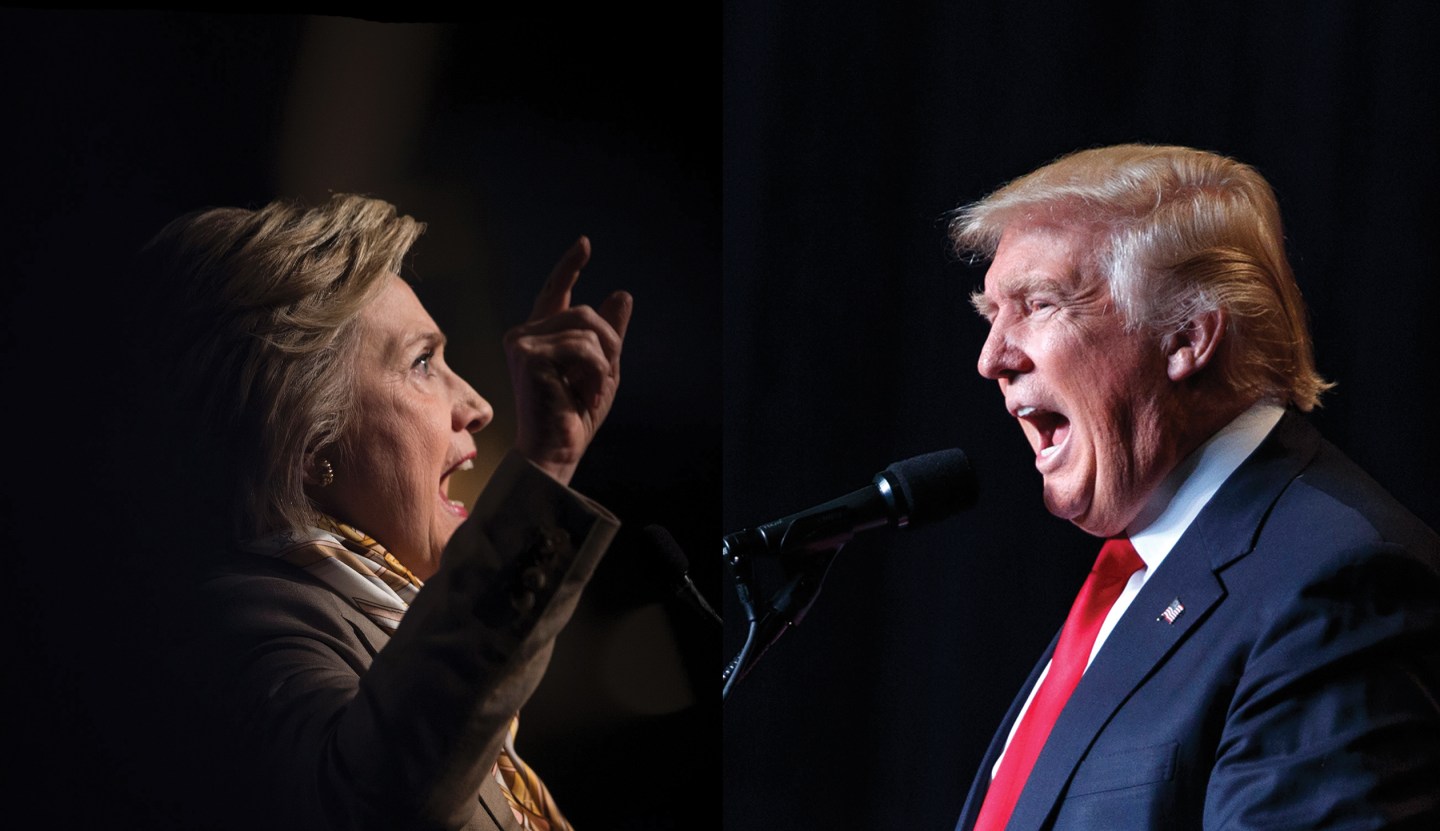 Famed investor Warren Buffett said back in April that it didn’t matter who became president—Hillary Clinton or Donald Trump—the U.S. economy would chug along, business as usual.

But in a recent client note, Citigroup warned that should Trump take the White House, a global recession would likely follow.

“A Trump victory in particular could prolong and perhaps exacerbate policy uncertainty and deliver a shock (though perhaps short-lived) to financial markets,” a team led by chief economist Willem Buiter wrote in the Thursday note. “Tightening financial conditions and further rises in uncertainty could trigger a significant slowdown in U.S., but also global growth.”

According to Citi, a conservative estimate of what would happen to the economy should Trump become president implies that global GDP growth could fall “easily” below its benchmark of 2% for a global recession.

On the other hand, should Clinton become commander-in-chief—which Citi believes to be the most likely outcome—the U.S. and global economy should remain relatively unchanged. The bank expects that Clinton will largely keep current polices in place, with U.S. growth keeping steady at 2%.

Though there could be a best case scenario for the economy as well. Should either Trump or Clinton win, the U.S. economy could be given a major fiscal boost if either winner decides to increase infrastructure spendings and allow companies to repatriate their foreign profits at a discounted tax rate, Buiter wrote. Should Trump decide to deliver a sizable tax cut, consumers and corporations would likely have some extra spending money.

That comes after credit ratings firm Moody’s noted earlier this month that the most immediate danger to the global economy is the U.S. presidential elections.