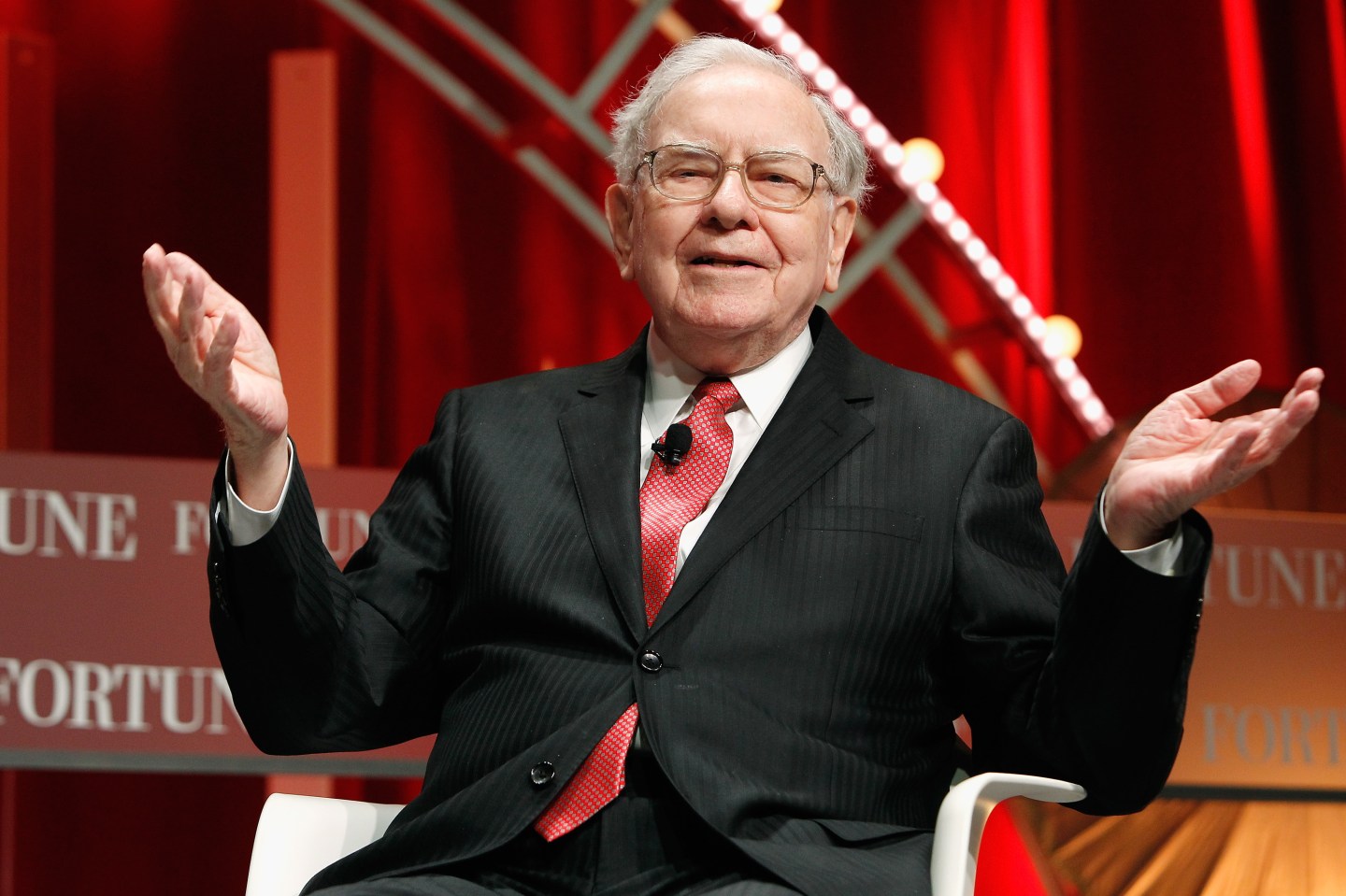 Americans may have good reason to be angry about a lot, but Warren Buffett says they’re wrong about one thing.

“There’s no need to make America great again,” the billionaire investor said in a CNBC interview Monday. “It’s as great as it’s ever been … it’s going to be ever greater.”

Buffett’s remarks are a jab at Republican presidential frontrunner Donald Trump and his campaign slogan, “Make America Great Again.” The imperative has captured an enormous demographic of angry voters disenfranchised with the government and establishment.

“This country works. And it works in a way that blows the mind,” Buffett, who backs Democrat frontrunner Hillary Clinton said Monday. “In the 20th century, the Dow went from 16 to 11,400. And we had two World Wars and a Great Depression. And we’re just starting.”

Revisiting a thought he expressed at the Berkshire Hathaway annual shareholder meeting over the weekend, Buffett noted that the presidency may be a powerful position, but not enough to significantly shift the direction of the U.S. economy.

“If you ask me whether electing the wrong president can permanently damage the U.S. economy, the answer is no,” he said. “Your children are going to live better than you.”

Buffett did concede that “angry voters” do have a reason for their frustration: During the financial crisis of 2008-2009, many saw their homes foreclosed after failing to repay their loans.

“Nothing is more sacred than people’s homes,” Buffett said. “And millions and millions of people … had their visions of their homes shattered.”

But in the aftermath, very few punishments were also doled out to the responsible parties.

“And then they saw no one go to jail, and they saw Wall Street continue and rich people continue to get richer,” Buffett said. “They’re decent citizens, they work hard every day—in many cases both the husband and the wife work hard everyday—and they’re raising their kids fine, and they see other people getting ahead much faster than they are.”

Which means that while others in the country seem to grow even wealthier, some voters feel stuck.

“They look at the prosperity around them, and they say, ‘Why can’t I—as a decent citizen doing my part for my community and my kids—why can’t I rise a bit too?'”