These Gay Activists Are Targeting BlackRock on Gun Control 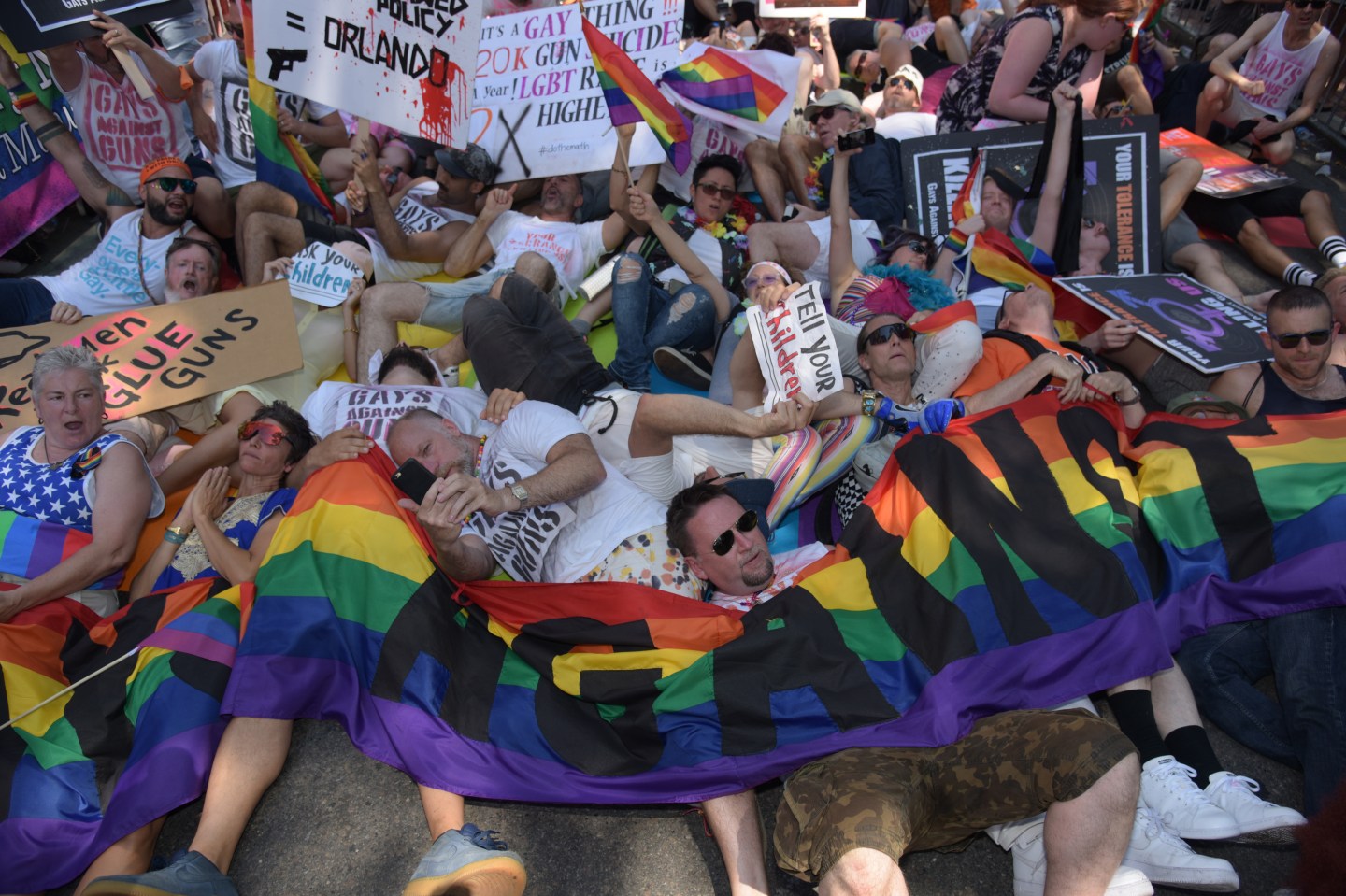 They staged a die-in at the New York Pride Parade in June. In August, they gathered in front of the National Rifle Association’s booth at the New Jersey State Fair, dressed in white veils and holding pictures of those killed by gun violence.

That’s the group currently protesting investment firm BlackRock’s investments in gun companies, Smith and Wesson and Sturm Ruger: Gays Against Guns. The activist group formed following the Orlando massacre at the LGBT nightclub Pulse in June, and are now pressuring firms to divest their stock holding in gun companies.

“The money BlackRock has invested in Ruger and Smith & Wesson goes toward the design, manufacturing, and marketing of some of the deadliest weapons sold in the world. The real cost of these weapons is counted in human lives,” the stock letter provided by Gays Against Guns read. “You are facilitating slaughter with the June 12 killings of 49 LGBT people in an Orlando, Florida nightclub being only the most recent.”

Those emails demanded that the firm cut gun stocks out of its iShares US Aerospace and Defence Exchange Traded Fund. ETFs, which trade like securities, mimic the performance of an index by tracking a basket of assets, though each asset is not actively chosen by managers. BlackRock holds about 3.1% of Smith and Wesson, and 6.7% of Sturm Ruger, according to Morningstar.

BlackRock (BLK) has not yet responded to Gays Against Guns, though it released a statement to Fortune, saying: “BlackRock values diversity and has a history of supporting the LGBT community. We condemn senseless acts of violence in any form including the recent tragedy in Orlando.”

“As a significant provider of index-based investments, we are required to replicate the holdings of particular indices. Third-party providers determine which companies are included in these indices,” a representative for the firm, which was given a perfect score by the Human Rights Campaign as a “Best Place to Work for LGBT Equality” for the last three years, continued. “We do provide clients with customized portfolios that are seeking to have their values reflected in their investments, by removing firearms, tobacco and alcohol manufacturers. Those clients have entrusted us with approximately $200 billion.“

But if BlackRock does not comply, Gays Against Guns says it will follow up with “a sustained campaign,” Hertzog said.

Gays Against Guns is also targeting other companies with large stakes in gun makers. That list likely includes Vanguard, Dimensional Fund, and The London Company.

It is likely to be a hard sell though, that could depend on the presidential elections. Gun stocks have a tendency to spike around mass shootings, as investors bet that threats of further gun control increase sales in the near term. And since President Barack Obama assumed office in 2009, both stocks have risen even faster than Apple.

Should the Democratic presidential nominee take the White House, gun stocks may continue to rise.