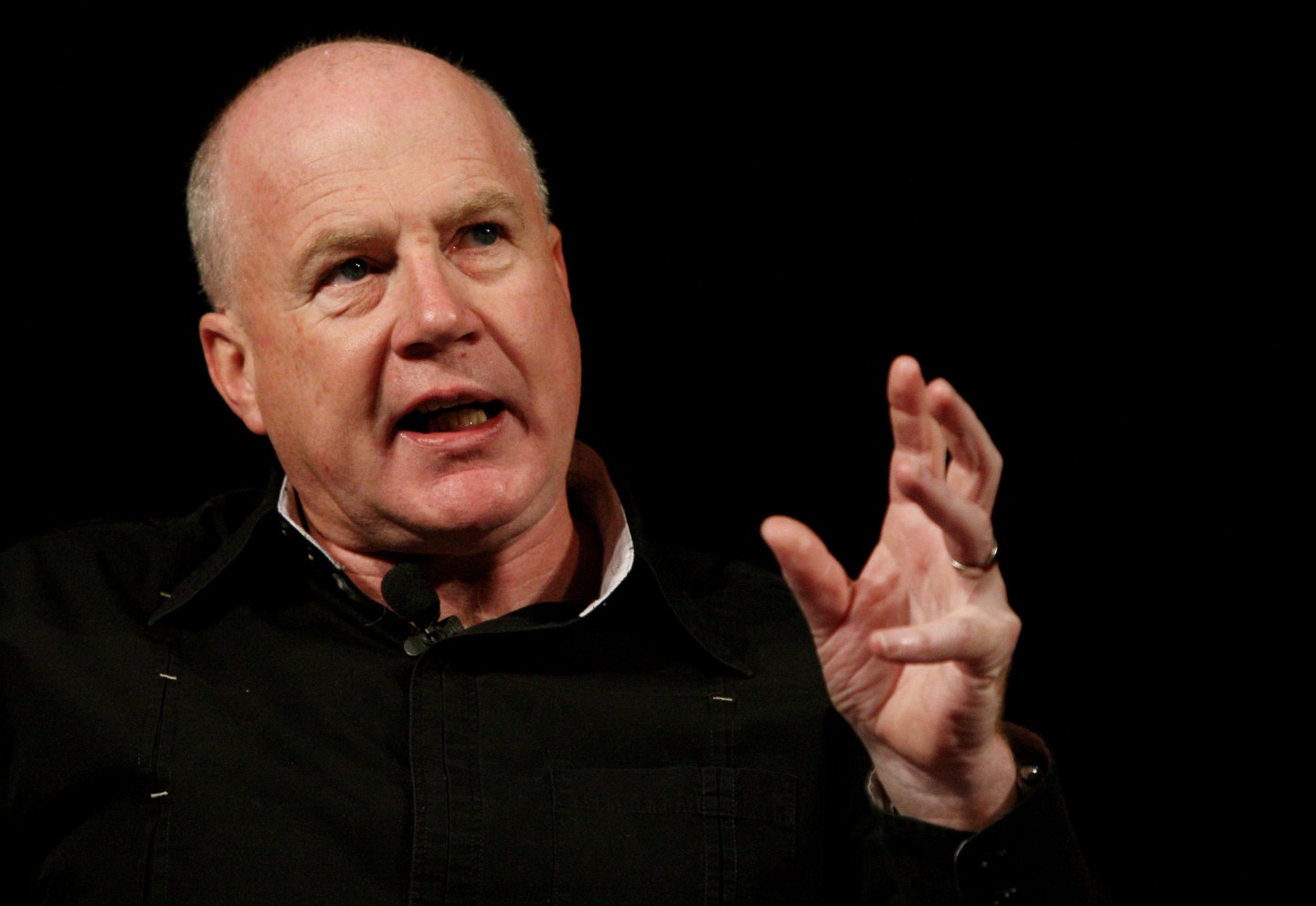 Less than a week after he said women lack “vertical ambition” and that the gender diversity debate in advertising is “over,” Saatchi & Saatchi Executive Chairman Kevin Roberts has stepped down from his post.

Publicis Group (PGPEF), owner of the communications and advertising firm, said in a statement Wednesday that his resignation will take effect September 1.

Roberts caused outrage on Friday when he told Business Insider that Saatchi has had trouble promoting women to senior-level roles, a shortcoming he blamed, in large part, on women’s dislike for managing people and a piece of the business.

“Their ambition is not a vertical ambition, it’s this intrinsic, circular ambition to be happy. So they say: ‘We are not judging ourselves by those standards that you idiotic dinosaur-like men judge yourself by.’ I don’t think [the lack of women in leadership roles] is a problem. I’m just not worried about it because they are very happy, they’re very successful, and doing great work. I can’t talk about sexual discrimination because we’ve never had that problem, thank goodness.”

Fortune noted Tuesday that Roberts is far from the first person to float the idea of “vertical” power, though he failed to acknowledge that there’s another type—horizontal. As Pattie Sellers, now executive director of Fortune‘s Most Powerful Women Summits, has long noted, women’s ambition is often more peripheral, allowing them to see and seek opportunities that come along the way. Some strive for horizontal power through a wider lens, one that takes into account the influence they wield and the legacy they’ll leave behind.

Roberts’ comments, which painted women with an extremely broad brush, suggested that the discussion about gender equality in advertising was essentially null since women’s career trajectories don’t fit into the straight-up-and-down model. “The fucking debate is all over,” he said.

Following the publication of his BI interview, Publicis said that it had placed Roberts on leave and that its supervisory committee was further evaluating his standing.

Saatchi’s Global Chief Creative Officer Kate Stanners told BBC Today on Tuesday that Roberts’ comments had “upset a huge among of employees,” at the company. “I think women don’t bale out. I think we do want the top jobs,” she told the radio company. “I think the most important thing is encouraging women to be more vocal and more high profile so that younger women and women coming through the ranks can see that it is possible and that there is no reason why they can’t take these jobs.”