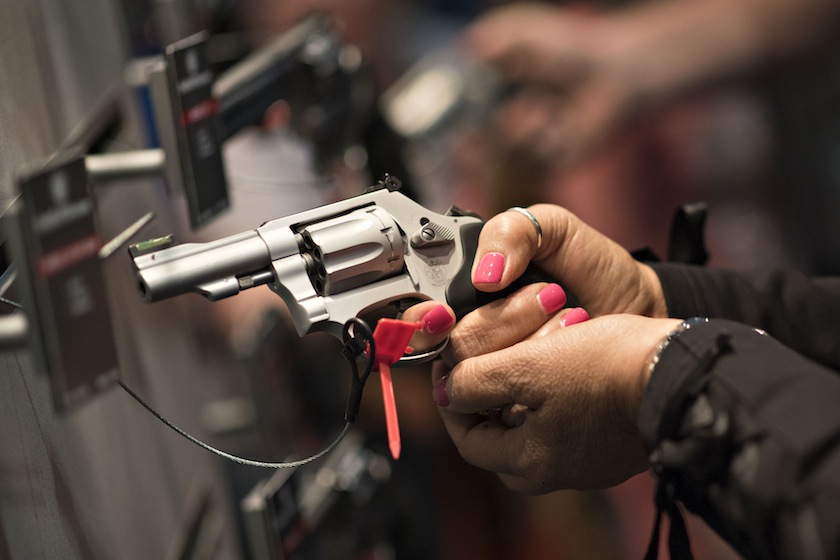 Attendees look over hand guns in the Smith & Wesson booth on the exhibition floor of the 144th National Rifle Association (NRA) Annual Meetings and Exhibits at the Music City Center in Nashville, Tennessee, U.S., on Saturday, April 11, 2015. Top Republican contenders for their party's 2016 presidential nomination are lining up to speak at the annual NRA event, except New Jersey Governor Chris Christie and Kentucky Senator Rand Paul, who were snubbed by the country's largest and most powerful gun lobby. Photographer: Daniel Acker/Bloomberg via Getty Images
Daniel Acker—Bloomberg via Getty Images

Shares of two publicly traded gun manufacturers grew in early trading on Monday, a day after the worst mass shooting in U.S. history resulted in 50 deaths and 53 injuries at a gay Orlando nightclub.

Gun manufacturer shares have in the past swung on national headlines related to either mass gun violence or potential regulation that would restrict the purchase of firearms, thus potentially hurting sales for the industry’s top manufacturers.

In this case, the stocks are rising because investors are betting sales will jump due to worries that the mass shooting could result in tighter gun regulations. While new gun laws are often passed across the U.S., they are often enacted to make it easier to get a gun – not more difficult.

However, that could potentially change. The presumed Democratic nominee for president—former Secretary of State Hillary Clinton—called for the reinstatement of a federal assault weapons ban.

Still, fear of gun control legislation is a motivating factor for sales. After President Obama won re-election in 2012, gun sales jumped because of worries that tighter regulations could occur under a Democratic president. In the wake of the Sandy Hook Elementary School shooting in 2012, the industry’s sales spiked, while in late 2015 comments after President Obama called for a reduction in the availability of firearms, shares for Smith & Wesson and Sturm Ruger increased.