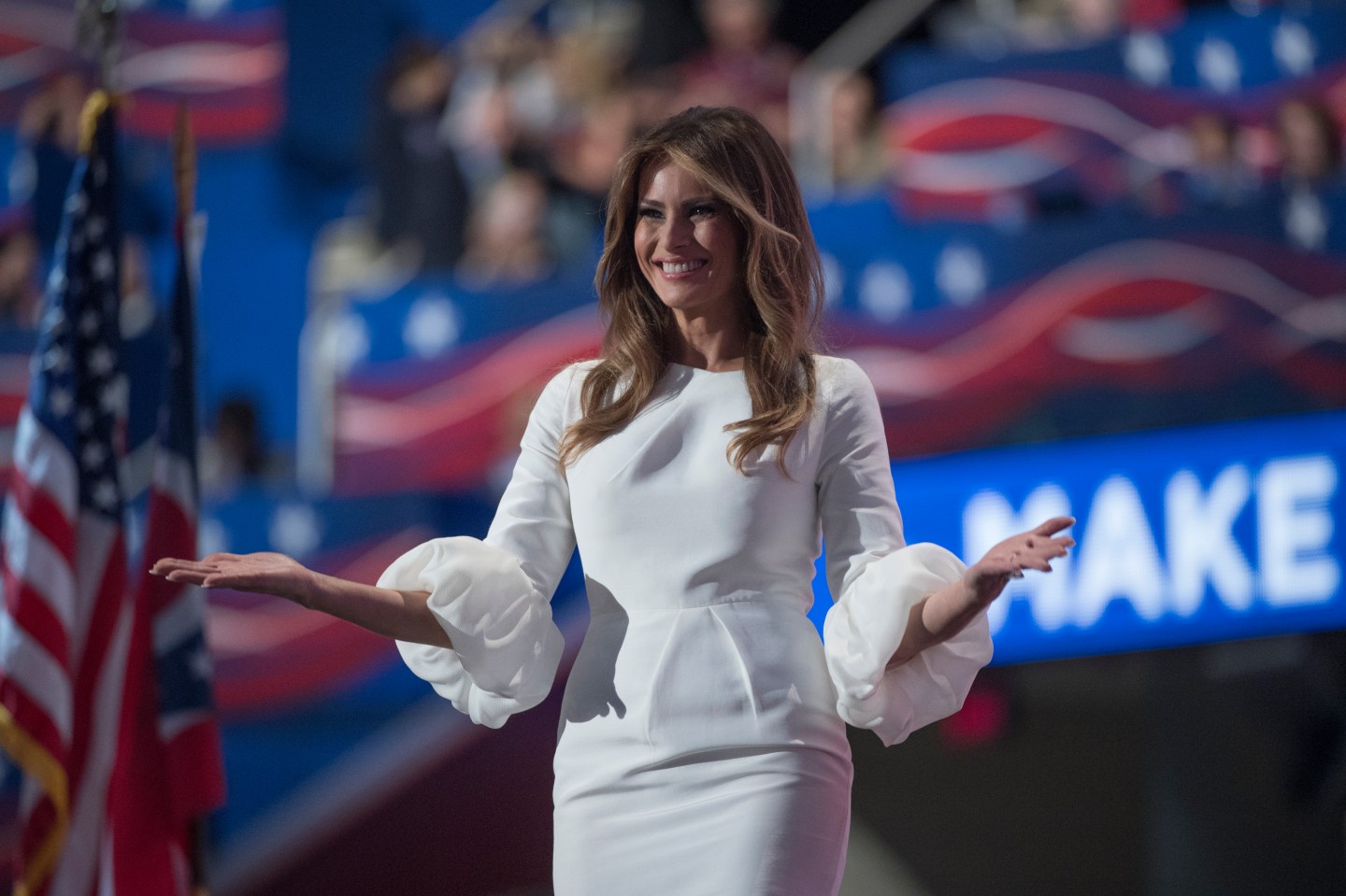 In the Monday cover story, the Post dug up pictures from a 1995 shoot featuring Melania Knauss (as she was known then), who was 25 and working as Melania K., lying naked in a bed with the Scandinavian model Emma Eriksson, also naked, who is embracing her from behind.

“Here’s the nation’s would-be first lady,” the Post story begins, “and right beside her, a second lady.”

In its Sunday cover story, the Post published even more photos.

But social mores have grown less prim than in previous election cycles, when such photos might have elicited embarrassment or talk of “youthful indiscretions” from the Trump campaign, and the reaction to the two covers has been muted. Some criticized the Post for seemingly wanting to embarrass Melania Trump, while Trump and his campaign came out in support of the photos.

I'm not interested in nude photos of Melania Trump, meant to shame her, ridicule her and reduce her to an object. Not relevant. Pass.

So @MELANIATRUMP was naked. She was a model. Now leave her alone.

In a reaction to the photos published in the Sunday edition, Donald Trump told the newspaper that, “Melania was one of the most successful models and she did many photo shoots, including for covers and major magazines. This was a picture taken for a European magazine prior to my knowing Melania. In Europe, pictures like this are very fashionable and common.”

And on Monday, the Trump campaign’s senior communications advisor Jason Miller told CNN’s Reliable Sources, “They’re a celebration of the human body as art. Nothing to be embarrassed about with the photos. She’s a beautiful woman.”

When asked about Donald Trump’s reaction to the photos—whether he got “furious”—Miller said that, “I think Mr. Trump is a little more focused on the direction of the country.”

While Donald Trump has been hit for a history of insults toward women and criticized for using his Trumped! radio show to rate women’s looks, his reaction—and that of social media—toward the publication of the nude photos suggest that America has entered a much less puritanical age.

When contacted Monday, the Donald Trump campaign said it had nothing to add to the comments from Trump and Miller.

This article has been updated with comment from the Trump campaign.