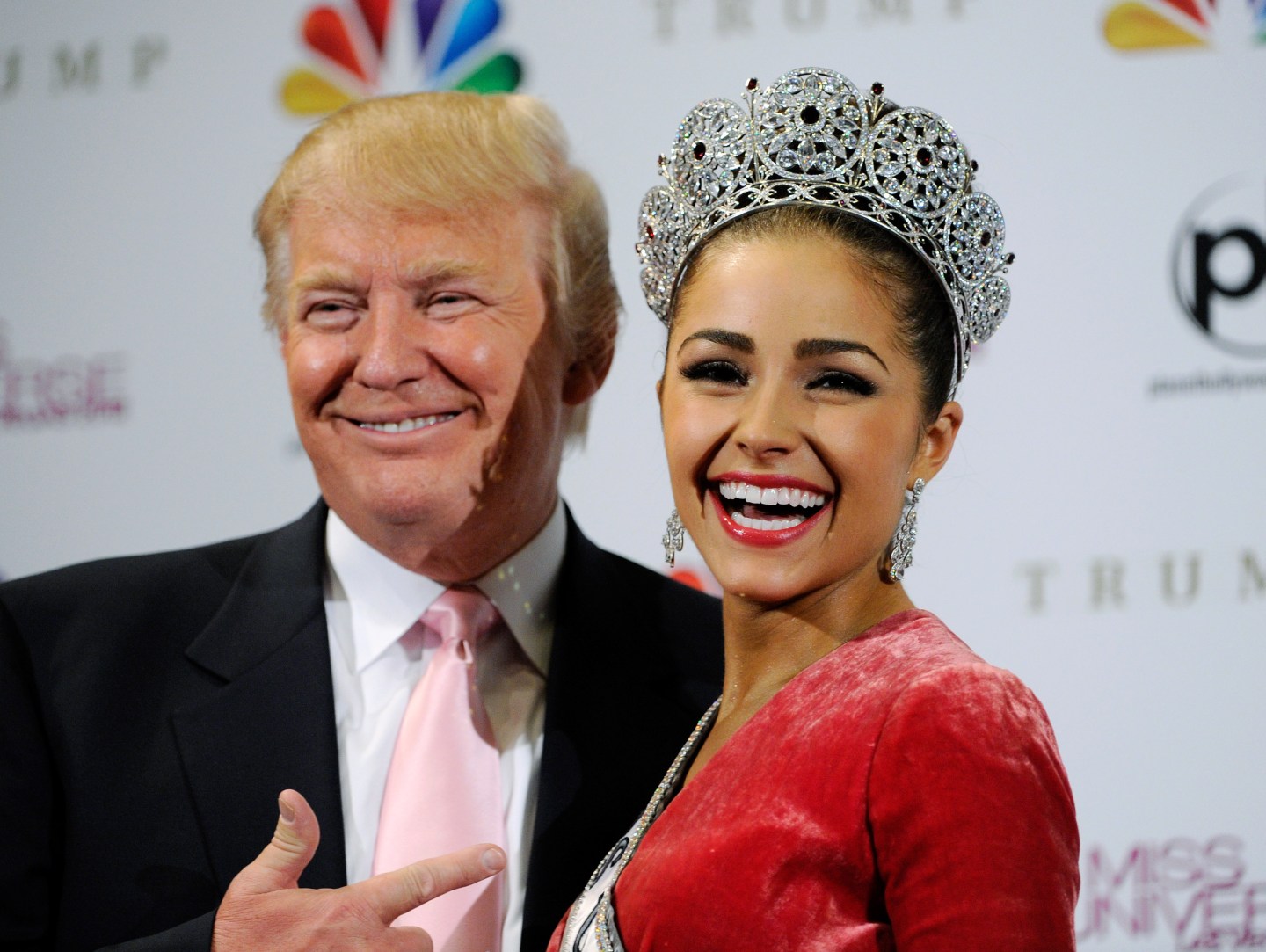 On Monday evening, The Wall Street Journal published a selection of audio clips and transcripts from “Trumped!”, a syndicated radio feature that ran from 2004 through 2008 and featured about 1,000 appearances from Trump himself.

The accompanying WSJ story, as well as a number of other stories that were published shortly thereafter, focused primarily on the billionaire’s comments about Hillary Clinton, who Trump said would “make a good president or a good vice president.”

While the presumptive GOP nominee’s radical change of heart—he went from calling his Democratic opponent a “wonderful woman” to “Crooked Hillary“—is notable, another important point was nearly lost in the shuffle: Trump repeatedly used the show as a platform to objectify women.

In a 2006 episode, Trump rated female celebrities based on their physical attractiveness, describing Keira Knightley as “unbelievable,” and Maria Sharapova as “truly unbelievable.” In a different episode, he commented that Britney had become less attractive because “that’s what a marriage can do for you.” And in yet another audio clip, you can hear the politician—who his daughter Ivanka has called a “feminist”—say that he has “very attractive” women working for him, but that “they wouldn’t be there if they couldn’t do their jobs very well.”

Trump also made comments that suggest that he doesn’t believe that women should have equal standing in society. “Men in Saudi Arabia have the authority to divorce their wives without going to the courts,” he said in a clip. “No courts, no judges. Saudi Arabia sounds like a very good place to get a divorce.”

Unfortunately, this is just the tip of the iceberg of sexist comments Trump has made about women, whom he has called “pigs,” “slobs,” and “dogs” throughout his career as a television personality.