Why Australia’s Biggest Banks Are Going After Apple 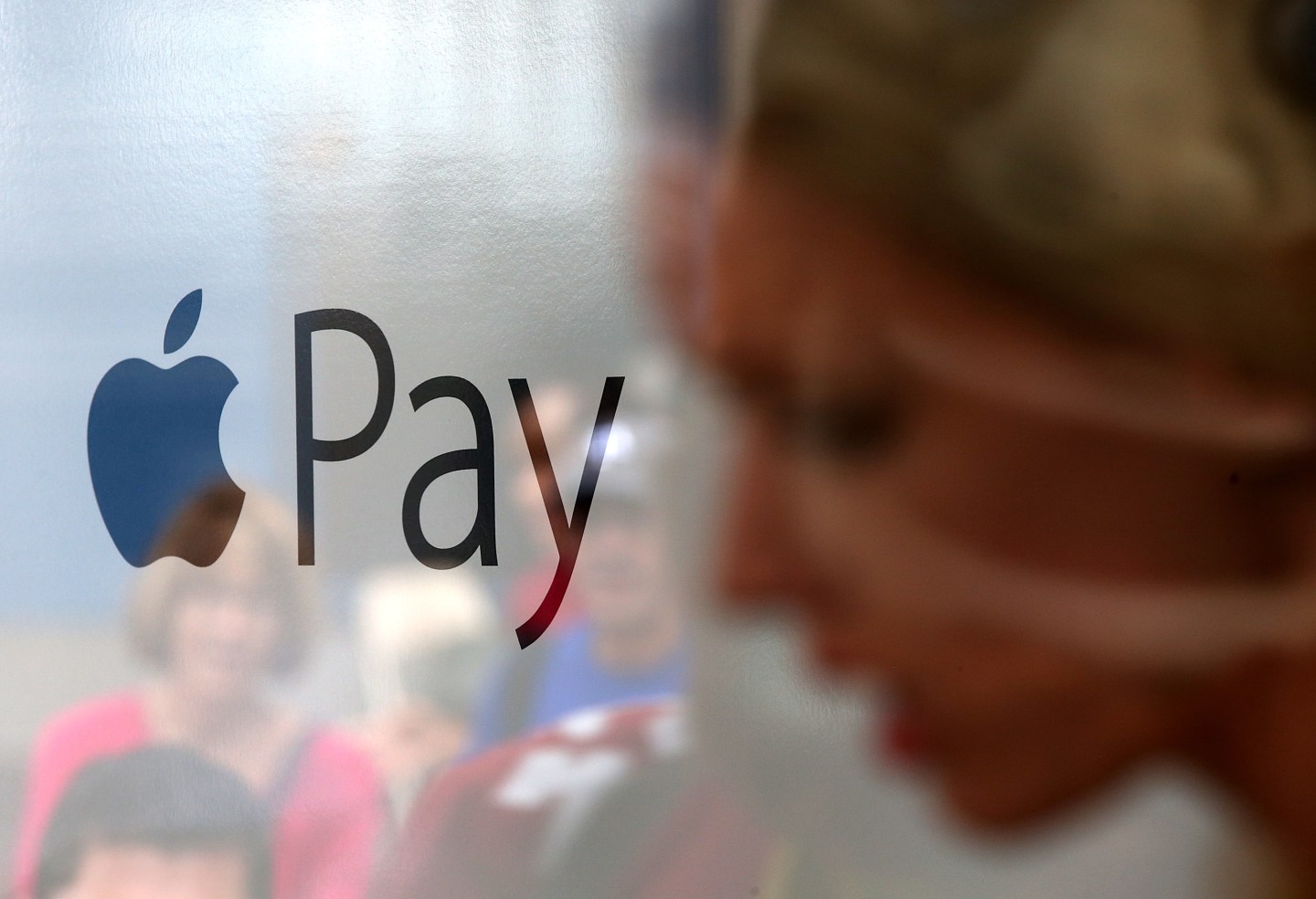 Australia’s three biggest banks, including no. 1 lender National Australia Bank (NAB) (NATIONAL-AUSTRALIA-BANK), on Wednesday said they had lodged a joint application with anti-trust regulators seeking approval to collectively negotiate with Apple (AAPL) to install their own electronic payments applications on iPhones.

Apple, which operates its own Apple Pay mobile wallet, does not allow third-party electronic payment apps to be loaded onto to the hugely popular smartphones.

The banks are seeking to be able to negotiate jointly for access to Apple‘s phones without themselves being accused of violating anti-competition law.

The move escalates a power struggle between Australia’s dominant lenders and Apple on financial technology, a growing force in shaping global retail banks’ strategy. The three banks have resisted signing deals to use Apple Pay and want iPhone users to be able to install the electronic wallet systems they have already developed and financed themselves.

A spokeswoman for Apple in Australia wasn’t immediately available to comment on the move by the banks. For Apple, the payments app offers a potentially lucrative new stream of revenue from services and software as iPhone sales retreat – on Tuesday it reported a 15% drop in sale of the device.

The country’s second-biggest lender, Commonwealth Bank of Australia (COMMONWEALTH-BANK-AUSTRALIA), and number three, Westpac Banking Corp (WESTPAC), teamed up with NAB to file the application with the Australian Competition and Consumer Commission (ACCC).

The big three have been joined in the move by smaller lender Bendigo and Adelaide Bank (BENDIGO-ADELAIDE-BANK-LTD).

The spokesman for the bloc of lenders, Lance Blockley, Senior Advisor at banking industry group Novantas, said the move is the first challenge by banks to Apple on mobile payments restrictions of which it’s aware.

Australia and New Zealand Bank (AUSTRALIA-NEW-ZEALAND-BANKING-GROUP), which signed a deal to use the Apple Pay system in April, is the only of the country’s ‘Big Four’ banks not to join the action.

Apple has rolled out its payments system to six countries so far – the United States, China, Britain, Canada and Singapore, as well as Australia – with plans to expand to many more.

Some banks in countries beyond Australia have been reluctant to accept the system, though in recent months Apple has added four banks in Singapore to its sole partner there, American Express (AXP), as well as Canada’s five big banks.

To use Apple Pay, consumers pay for goods and services by holding hold their iPhones over special Apple payment terminals, as well as vending machines that accept contactless payments.

The three Australian banks contend that while Apple allows apps on iPhones using other commonplace technology, such as Wi-Fi and Bluetooth, restricting the technology through which mobile wallets function – known as Near Field Technology – constitutes anti-competitive behavior.