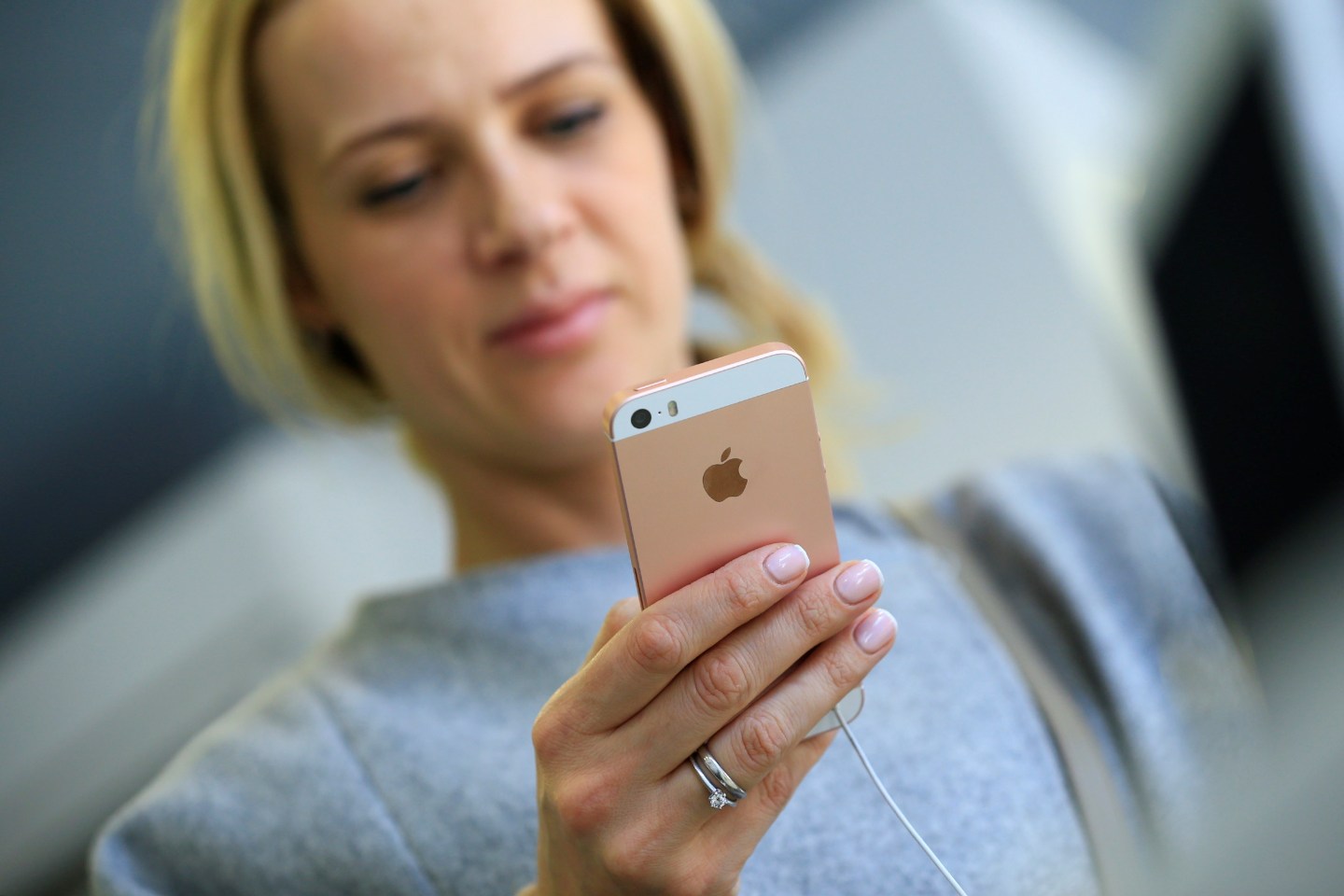 With iPhone sales steadying in mid-2016, Apple proved on Tuesday that it’s not about to fall off a cliff. But questions persist about whether new iPhone models in the fall can get growth back on track.

CEO Tim Cook said Apple’s just-completed fiscal third quarter offered several encouraging signs, despite a 15% drop in the number of iPhones sold. They included the successful launch of the low cost iPhone SE, the highest rate of customers defecting from other smartphone platforms ever, and a huge reduction in unsold inventory.

But for each of Cook’s positives, there is another less happy interpretation. Growing sales of the iPhone SE, which starts at just $400, caused a 10% drop in the overall average iPhone sales price, reducing revenue. And the phone is also somewhat less profitable than the more expensive iPhones, hurting Apple’s margins, though CFO Luka Maestri said the impact was only “slightly dilutive” to the entire company’s margin.

The high rate of customers switching comes as the rate of existing iPhone owners upgrading has tumbled and overall iPhones sales are way down. U.S. carriers Verizon (VZ), AT&T (T), and Sprint (S) all just reported some of the lowest rates of smartphone upgrading they had ever seen. That makes the number of iPhone switchers a larger portion of sales without necessarily indicating much about changing brand preferences.

And even with the huge inventory reductions–which masked the sale of an additional 4 million iPhones–analysts noticed that Apple wasn’t expecting much stronger sales of iPhones next quarter.

Still, investors seemed pleased with Cook’s optimism. Another high point was the first increase in iPad revenue in over two years, as sales of higher-priced Pro models accelerated. And revenue from Apple services, everything from iCloud storage to sales of videos and ebooks, jumped 19% from a year earlier. Apple shares, which had lost about 8% in 2016, made up almost all of that ground in after hours trading on Tuesday by gaining 7%.

Amid the debate about these short-term issues, there were also tantalizing clues about future products on Tuesday’s call.

Apple (AAPL) hasn’t said much about its car project, but Cook did say that the large increase in his company’s research and development spending, up almost $2 billion over the past nine months, was mainly due to new projects. “There’s quite a bit of investment in there for products and services that are not current, currently shipping or derivations of what is currently shipping,” Cook said in an uncharacteristically halting and choppy answer. “There’s a lot of stuff that we’re doing beyond the current products.”

And asked about Apple’s $1 billion investment in Chinese ride sharing firm Didi Chuxing in May, Cook compared the move to prior investments in ARM Holdings (ARMH) and Akamai Technologies (AKAM). Both of those earlier investments ended up being closely linked to future Apple products and services. A Didi investment would make sense related to a car project from Apple in that view.

For more on Apple’s earnings, watch:

Apple also hasn’t said anything publicly about plans for virtual reality or augmented reality products. But Cook expressed some interest in the area in answering a question about the explosive popularity of the Pokémon Go game, which uses augmented reality to project its cartoon monsters onto video of the real world through the iPhone’s camera and screen. “I think AR can be huge,” Cook said. “We’ll see whether it’s the next platform. Regardless, it will be huge.”

Finally, just days after one of Cook’s top executives downplayed Apple’s interest in creating new video services, Cook himself offered hints of just such an offering when asked about the future of the Apple TV set top box.

“You shouldn’t look at what’s there today and think we’ve done what we want to do,” Cook said. “We built a foundation that we can do something bigger off of.”