Dropbox Promises It Is Finally Headed Toward Profitability 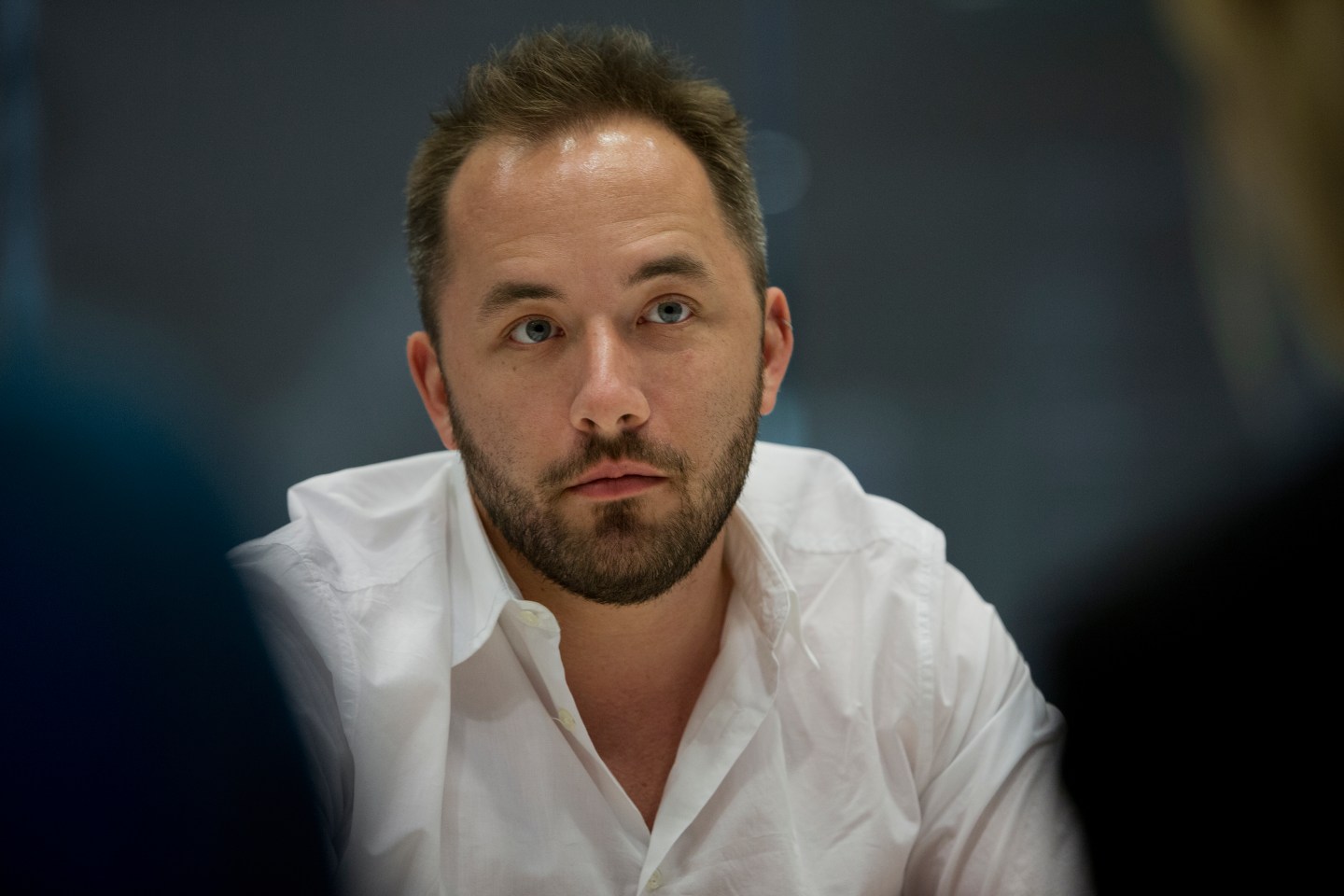 Drew Houston, chief executive officer and co-founder of Dropbox Inc., listens during an interview in New York, U.S., on Friday, Jan. 23, 2015. Dropbox Inc., a cloud-based file-sharing application most recently valued at $10 billion, has raised over a $1 billion dollar in 6 rounds of financing, including a $500 million debt financing and acquired 19 companies. Photographer: Victor J. Blue/Bloomberg via Getty Images
Victor J. Blue—Bloomberg via Getty Images

Dropbox, the file sharing and storage company, is apparently getting serious about business—and making money. The company was valued at $10 billion two years ago, but that number has been called into question in recent months as have those sky-high valuations of Palantir, Xiaomi, and other high-flying startups.

On Tuesday, Dropbox chief executive Drew Houston said that in what he called “the post-Unicorn era,” his company is focusing on business fundamentals. (A “unicorn” is the slang term in Silicon Valley for a startup valued at $1 billion.)

Those fundamentals include controlling spending in a push towards profitability. Costs, “can get away from you one day at a time; expenses that start small turn big,” Houston told attendees of the Bloomberg Technology Conference this week, according to the San Francisco Business Times. “We’ll see which companies survive over the next 12 to 18 months.”

For more read: Tech Startups have a Big Problem

This is a big shift for tech startups, which have concentrated on user and market share growth—winning “eyeballs” and mind share—as opposed to paying customers and profits. In March, for example, Dropbox claimed 500 million users—but didn’t specify how many of them pay. The company offers a free option for up to two gigabytes of storage. Dropbox does claim 150,000 paying business customers.

For more on Dropbox Business watch:

Houston said the company is free-cash-flow positive, but not yet profitable. Free cash flow measures how much money a business generates from its operations after it pays for capital expenses. That cash can be used to pay for expansion or to cut debt. Net income, or what is commonly thought of as profit, on the other hand, is what’s left over after all operating expenses as well as interest and taxes are deducted from total revenue.

“Cash is oxygen. Even just being a dollar cash flow positive is a really critical threshold because it lets you control your destiny,” Houston said, according to Business Insider.

As for that elusive Dropbox initial public offering, Houston declined to talk timelines. Box (BOX), a cloud storage and collaboration rival, went public early last year and has yet to turn a profit. Consumer tech giant Google (GOOG) (with Google Drive) and business behemoth Microsoft (MSFT) (with OneDrive) also compete in this hotly-contested market but have other (huge) businesses to help fund their cloud storage offerings.