Box and Dropbox Vie for More Credibility With Businesses 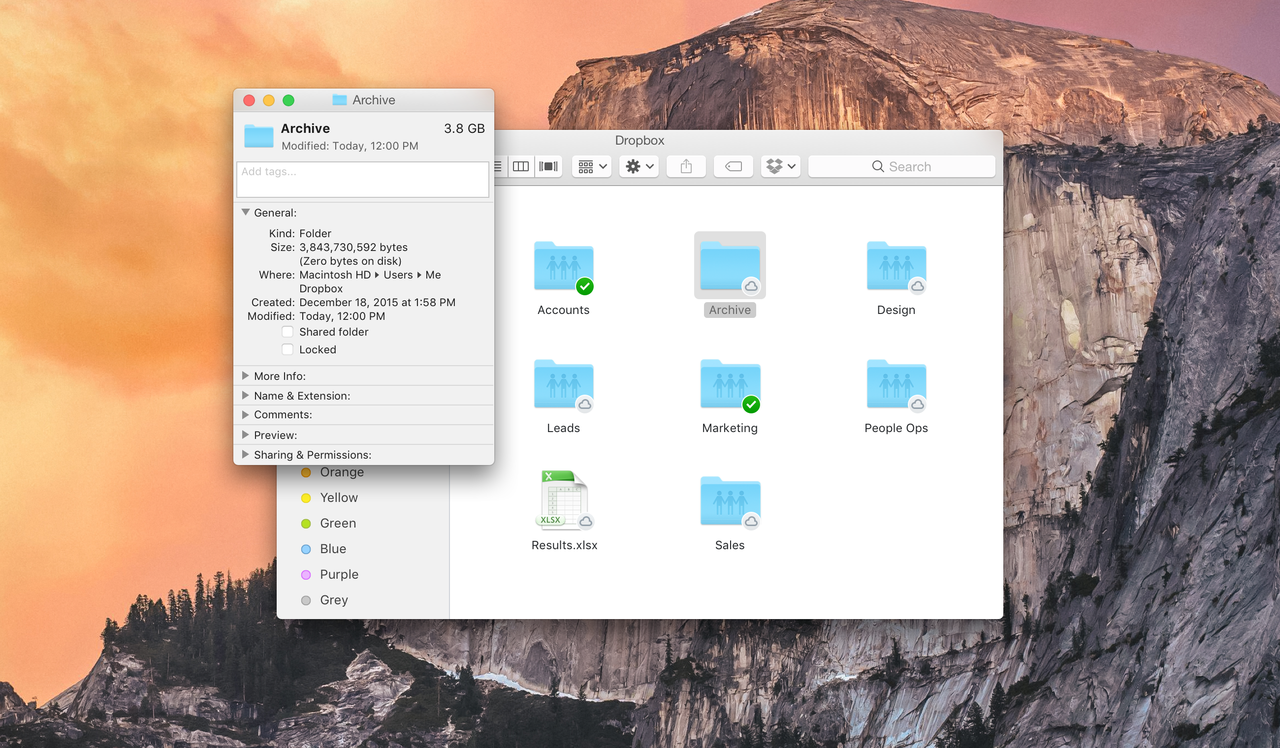 "Project Infinite" provides Dropbox users with a central view into all their files, not just those stored locally.
Courtesy of Dropbox

The deepening rivalry between cloud storage pioneers Dropbox and Box (BOX), which are vying for lucrative contracts with large businesses, is often fraught with rhetoric. Over the past week, however, both software companies have disclosed new technical agendas and alliances that give real substance to their evolving strategies.

The development with the broadest potential appeal is Project Infinite, a new file preview technology from Dropbox that allows users to “see” all of their documents, images, presentations, and what-have-you without actually downloading them to desktop computers. Right now, the only way for people to see an entire menu of Dropbox folders is directing them to visit the website.

Why is this cool? Because someone can keep track of progress on a set of files—like the marketing materials for a product launch—without having to bloat their local hard drive with them.

Incidentally, this is very similar to something that Microsoft (MSFT) used to offer with OneDrive, but the feature disappeared with Windows 10, and the software giant has been repositioning the role of its cloud storage service.

Right now, Project Infinite isn’t available to everyone, according to Robert Baesman, head of product for Dropbox. Only companies evaluating the “technical preview” can experiment with it for now. There’s no word on how long the test will last, nor on whether or not the feature will require a paid subscription. “We want to kick the tires and make it rock solid,” Baesman said.

Dropbox talked up the new service during an event Tuesday in Europe, where the number of of customers using the paid Dropbox Business services has quadrupled in the past two years, according to the company. The company claims more than 500 million registered users worldwide; more than 150,000 companies use Dropbox Business.

To build on its momentum, Dropbox has appointed a new executive to leads in Europe, the Middle East, and Africa. Philip Lacor was previously with wireless carrier Vodafone in Germany.

Box recently reinforced its pitch to European companies with the introduction of Box Zones, a service that allows companies to store documents and other content within their own country rather than allowing it be managed in a data center elsewhere. That’s a big deal when it comes to data privacy, especially in Germany and France.

On Tuesday, Box also disclosed an important strategic alliance with Adobe (ADBE). Under the pact, Box’s file-sharing service will be integrated with Adobe’s electronic signature service (now called Adobe Sign) and with the Adobe Document Cloud (its content management service).

Together, Adobe’s services are used to manage more than six billion digital transactions annually. The mission is to make it simpler for files managed in the Box cloud to be included in workflows, such as a contract approval process or reviews of marketing materials that are being coordinated among a team of contributors. “You’ll always be working with the authoritative copy of the content,” said Box co-founder and CEO Aaron Levie.

Incidentally, Box quietly announced another relationship last week with technology services company Cognizant that should be of particular interest to healthcare, financial services, and life sciences companies. The pact calls for the two companies co-develop content management applications specific to those industries.