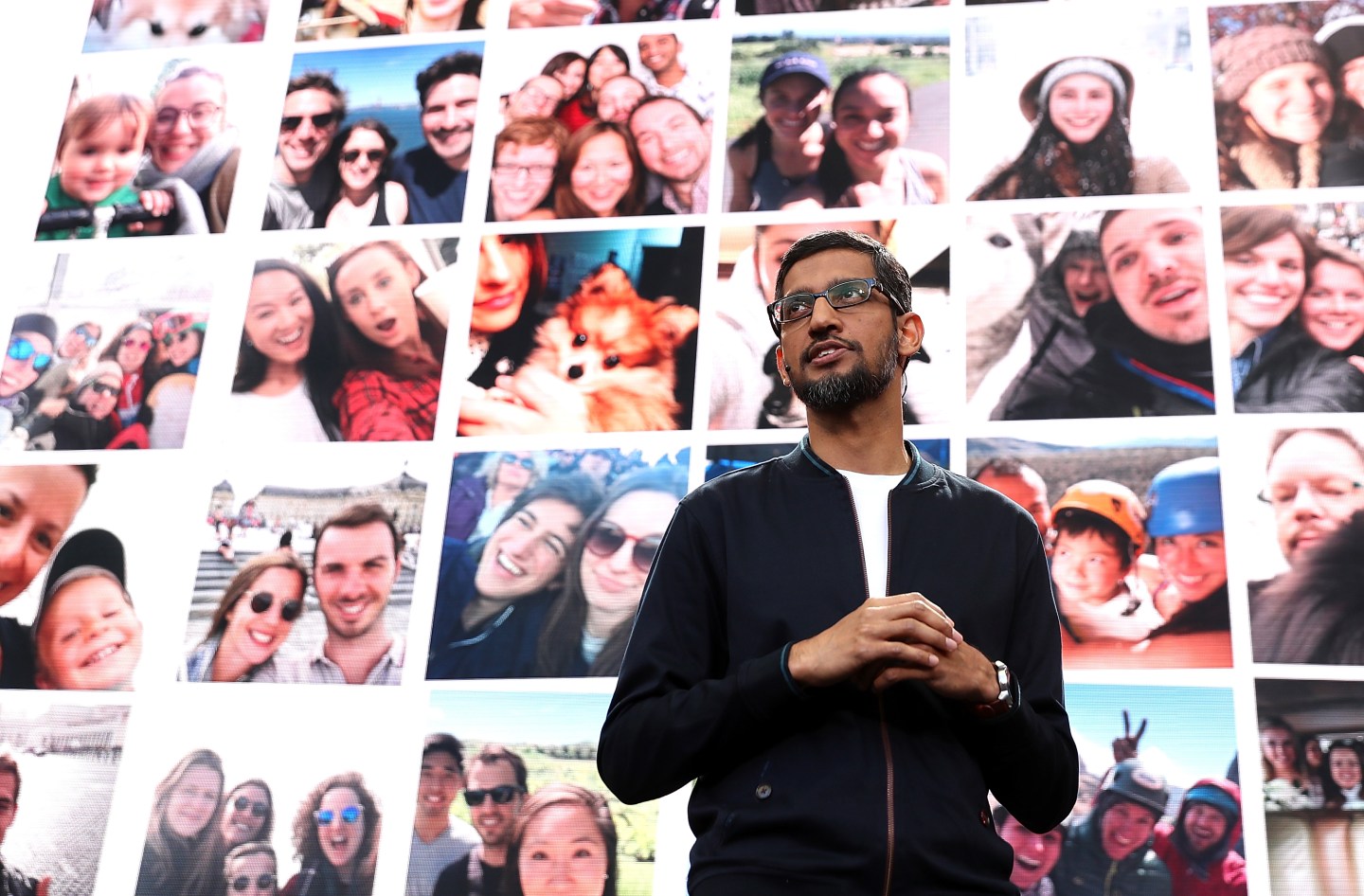 A year ago, Google (GOOG) introduced a standalone photo service, a feature that had until then been part of its failed social network, Google+.

The growth points to considerable user adoption at a time when Google is battling rivals Facebook and Apple. Just six months ago, in October, Google (GOOGL) said its new photo service had only half of the monthly active users after five months of availability.

Part of Google’s investment in its photo service is around “smart” features like automatically recognizing what’s in each photo and labeling it. The automation lets users search for photos of a “pomeranian” dog, for example, from their albums without ever having tagged it as such.

So far Google Photos has automatically applied more than 2 trillion labels, said Pichai on Wednesday, and 24 billion of those are for selfies. “We even have pomeranian selfies!” joked Pichai.

As part of its focus on Google Photos, the company recently shut down Picasa, a photo service it acquired in 2004. Picasa’s users have migrated to Google Photos, which has undoubtedly contributed to its growth in users.

Google Photos directly competes with Apple’s iCloud, among others, which lets its users not only store photos, but also other files and even back up their iPhone and iPad data. Nevertheless, even iOS device owners can sign up for Google Photos.