Fairway Bankruptcy Shows the Risk of Going Public Without Profits 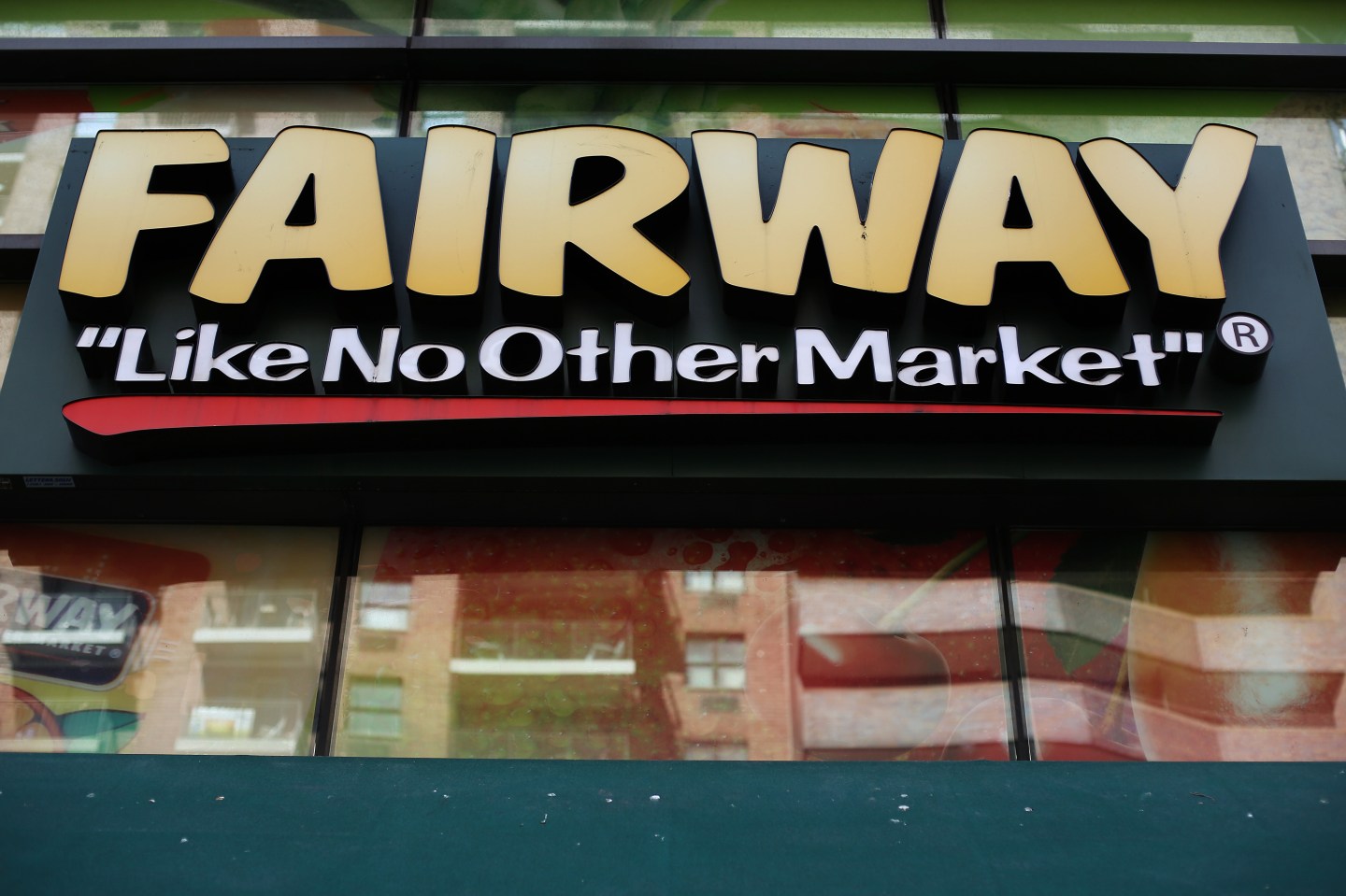 The meaning behind grocery chain Fairway’s name is pretty straightforward: It is supposed to convey “fair prices.” And when the New York-based retailer went public in the spring of 2013, investors thought they found a bargain.

Shares of Fairway jumped 33% on the first day of trading on the Nasdaq Stock Market, a bet that the grocery chain – with just 11 stores in the greater New York City area – could expand the concept to more than 300 across the U.S., a target outlined in the initial Securities and Exchange Commission filing. The stock surged an additional 60% over the next three months, valuing Fairway at a little over $835 million at the company’s peak. That’s $75 million per existing store at the time.

This week, stakeholders saw their investment officially wiped out after Fairway filed for bankruptcy.

What went wrong? A lot.

Fairway debuted at a time when smaller grocery store chains were being well received by the markets. Shares of Sprouts Farmers Market (SFM) more than doubled when it debuted in August 2013. The Fresh Market posted a 46% gain in late 2010. The bet for all three was essentially the same: consumers are buying more natural and organic foods and these grocery chains appeal to that crowd. Perhaps they could grow to become the next Whole Foods (WFM).

But importantly, not all of those chains were selling the same story to Wall Street. When Sprouts filed to go public, it had 157 stores across eight states. Revenue totaled nearly $2 billion and it was profitable. Fresh Market generated over $860 million in revenue, posted healthy profits, and operated a fleet of 95 stores in 19 states.

Fairway didn’t have as compelling of a case. Though it claimed its high-volume stores were among the most productive in the industry, there were several red flags. It wasn’t profitable. Same-store sales had slipped pretty badly for the most recently two fiscal years: down 5% in 2011 and 7% in 2012. Average net sales per store per week tumbled from $1,642 in fiscal 2009 to $1,246 just four years later.

“Successful IPOs should have already demonstrated a track record of opening new stores, strong comparable sales growth and the ability to manage debt,” said Matt Kennedy, an analyst at IPO ETF manager Renaissance Capital. “Fairway failed on any of those measures.”

In the years that Fairway was a public company, it added a few stores – expanding to 15 locations currently – but continued to report declining same-store sales and average sales per week, both key metrics that judge the health of a retailer. It also misfired on expansion. Notably, Fairway had to book a $3.5 million charge to cover the cost of terminating a lease in the Hudson Yards section of Manhattan.

And while bigger grocery stores flooded the New York market that Fairway had called home for 83 years, one store in particular caused big problems. A single Whole Foods location that opened in the wealthy Upper East Side section of the city in February 2015.

Just three months later, Fairway executives were blaming sales declines on competition from just that single store. Same-store sales slipped 3.6%, but would have dropped a less severe 2.7% excluding the Upper East Side location. Over the next two quarters, management would call out that store’s problematic double-digit decline drop in sales as a factor that was hurting sales.

The expansion of Whole Foods and Trader Joe’s in New York made it tough for Fairway to compete, especially considering profit margins in the world of grocery are already relatively thin. And consumers have been increasingly lured by mobile ordering for groceries – Amazon, Fresh Direct and others play in that space – make it an increasingly difficult environment to operate in.

By October 2015, executives at Fairway were promising to “flood the boroughs with Fairways,” said Fairway CEO Jack Murphy at the time. “We believe that is the most important and easy way for us to grow this company both profitably and with responsibility to our shareholders.”

But earlier in that conference call, Fairway’s own CFO Ed Arditte conceded the high debt on Fairway’s balance sheet would constrain any long-term plans the grocery chain had in place. He said the company needed to explore ways to raise new capital.

That never happened. And Fairway in February reported another bruising quarter of weaker sales and a net loss. When it landed in bankruptcy, the company said it would aim to cut debt by $140 million through the restructuring.

Broadly, the trio of grocers that went public around the same time – Sprouts, Fairway and Fresh Market – have performed poorly. Fresh Market agreed to a $1.4 billion takeover by Apollo Global Management this year in a deal valued at $28.50 per share – but the stock peaked at more than $60 in late 2013 before slowing sales growth vexed investors.

Shares of Sprouts, previously owned by Apollo, have tumbled 36% from the company’s debut. Even Whole Foods – the darling of the organic and natural space – has seen its market value tumble the past year amid concerns about how that grocer can continue to boost sales in a world where even Target (TGT) and Walmart (WMT) are stocking organic foods, competitive action that brings down industry prices.

Fairway was just never in a prime position to outmaneuver bigger, far more profitable rivals. The chain was also too highly leveraged to be able to effectively move out of the New York City region to hunt for growth along the Northeast. It went public too early – or perhaps was never meant to launch an IPO. Other grocers, like Wegmans Food Markets and Publix Super Markets, run smooth, well-regarded businesses outside of the grasp of Wall Street.

“Concentration was a risk here,” said Kennedy. “They hadn’t proved the model outside the area and they had trouble expanding.”

And while Fresh Market, Fairway, and Sprouts have given Wall Street indigestion, grocery investments can be profitable. The behemoth of the space, Kroger (KR), has performed well. A more recent IPO, West Coast-based Smart & Final, may prove slow and steady wins the race. It priced weakly and only generated a 12% increase on the first day of trading in the fall of 2014. The shares have since risen a solid 13%.