Gap Needs to Close Another 175 Stores 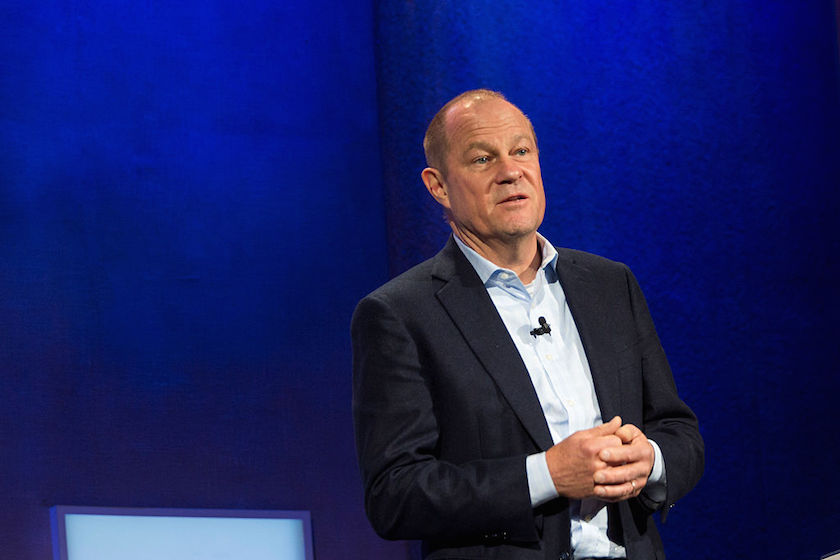 With no relief in sight from its chronic sales declines Gap Inc (GPS) will need to close a lot more namesake stores on top of the dramatic shrinking of its fleet in recent years, according to a Wall Street analyst.

Earlier this month, the company reported comparable sales fell 3% in March, the 23rd month without growth at the Gap flagship brand which generates 36% of companies revenues. And that was despite having 128 fewer North American speciality stores than a year ago, typically underperforming locations that dragged down growth metrics. In June, Gap said it would close 175 namesake stores, leaving it with 500 regular stores and 300 outlet stores.

The March results, which came with declines at Gap’s sister brands Old Navy (Gap Inc’s largest brand) and Banana Republic, stunned investors, who had been promised last year by CEO Art Peck that an improvement would come by spring, a season he called Gap’s “no excuses” moment.

Gap has made changes in how it makes merchandise and to its organizational structure (it got rid of the creative director roles at Gap and Banana) but the benefits haven’t yet translated into bigger sales. Outmaneuvered by fast fashion chains like H&M, Uniqlo, Zara and Forever 21, and by discount fashion chains like Nordstrom’s (JWN) Rack and TJX’s (TJX) T.J. Maxx, Gap Inc has seen its market share of the U.S. apparel market fall to 4.4% last year from 5.4% a decade earlier, according to Euromonitor data. Not only that, but the heavily promotional fast fashion chains are chipping away at Gap’s pricing power. But Trussel said Gap is more promotional this year than last year.

And more erosion is in the offing, Deutsche Bank analyst Paul Trussel warned clients in a research note.

“We believe market share losses, an aggressive promotional landscape, weak traffic trends and fashion mishaps should continue to be too much to bear,” he wrote, in reference to the company as a whole.

That led him to believe that the Gap closings in North America, which had been only the latest round, haven’t gone far enough. In fact, Trussel thinks at the current sales performance, Gap North America will still have 175 too many stores by year end, when Deutsche Bank expects the retailer to have 828 stores, of which 525 or so are regular stores, and the rest outlets. So if it were up to Trussel, Gap would go down to about 375 regular stores, a fraction of the fleet size a decade ago.

But Trussel said Gap is more promotional this year than last year.

It is entirely likely Gap will at some point announce more closings. It is a mall-based retailer getting hit by dwindling shopper traffic at many U.S. malls and it is building up its e-commerce.

And if it does indeed close more stores, it can take solace in knowing that another one-time staple of American shopping is likely to do the same: department stores.