Inside the fight for survival at Gap, J.Crew and Abercrombie 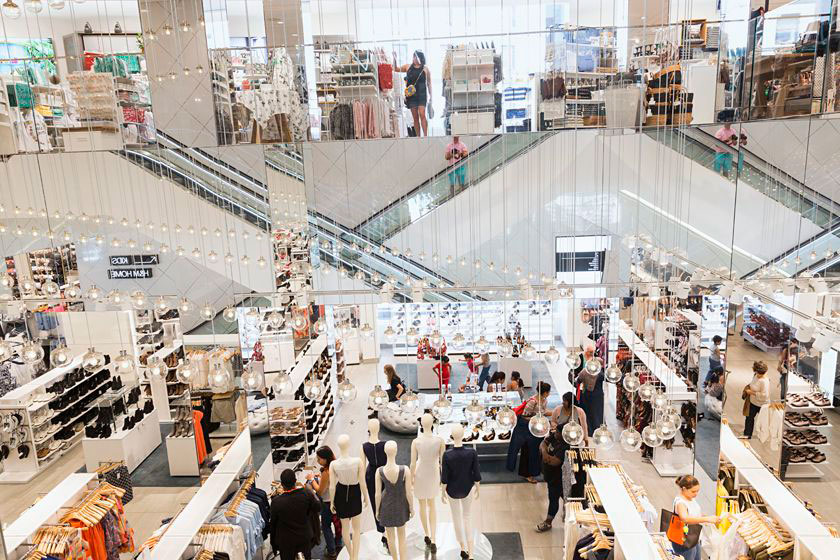 Over the past 12 months, American apparel icons have gone decidedly out of style.

In an industry that could use a fairy godmother, some execs are now putting their faith in pixie dust—or make that the Pixie Ankle Pant.

Gap Inc.’s leadership, for one, holds up this relatively humble $35 trouser, sold by its Old Navy subsidiary, as a template for the company’s turnaround. Cheap, quickly assembled, and on trend, the Pixie showcases the benefits of the practices U.S. retailers have failed to implement for years, the ones they will need to adopt if the American fashion industry is going to stay viable.

The defining characteristic of the cropped, printed stretch pant is the supply chain that produced it. Right now U.S. companies take about nine months to get a product to market. That’s twice as long as “fast fashion” retailers like Sweden’s H&M, Spain’s Zara, and Japan’s Uniqlo. The result: Gap et al. end up with excess inventory they’re forced to sell cheaply when it’s no longer in style.

Old Navy’s pixies are the result of a new, quicker, and more flexible manufacturing model. The brand rolls out pieces in small batches to test demand before mass-producing them, works more closely than ever with suppliers, and accommodates new trends by keeping a stockpile of fabric on hand. The strategy has paid off so far: After a deep slump, over the past four years Old Navy has added $1 billion in sales and is growing quickly. Gap is now looking to replicate this system at its namesake brand and Banana Republic. Abercrombie & Fitch (ANF), Ann Taylor, and J. Crew are similarly looking to respond faster to changing tastes.

“There has been a dramatic shift in power to the consumer,” says Oliver Chen, a retail analyst with Cowen & Co.  And what the consumer wants is the latest trends, more quickly than ever. “In many cases [the customer] is faster than the market right now,” says Old Navy EVP Jodi Bricker.

But speed and flexibility are only part of U.S. apparel’s Hail Mary pass. The industry also needs to wean shoppers from those 40%-off sales. U.S. brands have descended down the discount rabbit hole to keep up with the super-cheap fast-fashion shops, as well as ascendant off-price stores like Ross (ROST) and T.J. Maxx (TJX). The discounting, in turn, has forced them to lower the quality of their clothing to protect their margins.

Companies are now looking to claw back at least some of the damage to their brands wrought by that approach. Abercrombie & Fitch has ditched its logos and is improving its fabrics and washes. Banana Republic customers can look for a bit more stretch in the fabric or a more complicated stitch in a sweater. And Gap brand president Jeff Kirwan has called better quality the “foundation” of the brand’s turnaround.

Whatever U.S. outfitters do, they need to do it quickly if they want to hang on to their remaining market share (see charts). Uniqlo has 42 U.S. locations and counting, up from only a handful four years ago. H&M’s U.S. store fleet is now within spitting distance of Gap’s, with 370 U.S. stores and dozens more to come this year. Gap will soon be down to 500 full-line stores, less than half their 2000 peak. And in the fall, all these companies will have a new rival to fear: Primark, an Irish fast-fashion chain that has taken Europe by storm, with prices that strike terror into even H&M.

A version of this article appears in the August 1, 2015 issue of Fortune magazine with the headline “In Apparel, it’s the Quick and the Dead.”