The best performing rookie CEOs of the Fortune 500 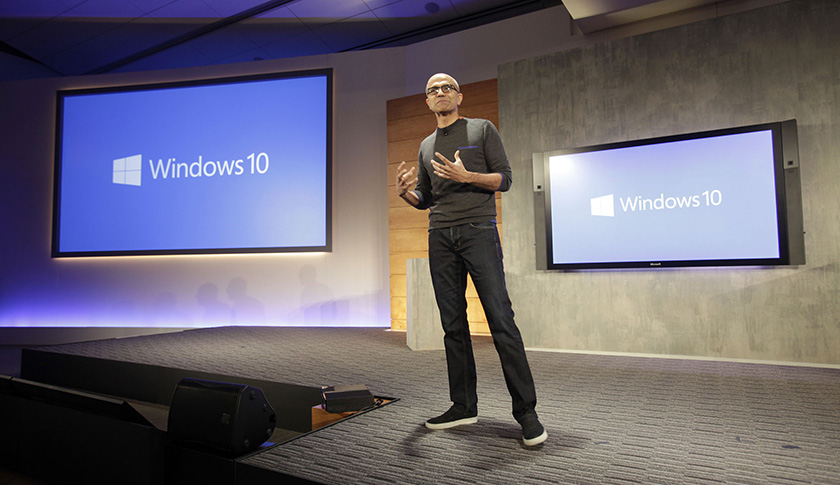 You don’t need Warren Buffet’s years of experience to deliver great results. Sometimes it can get done in a year or so, as evidenced by the new CEOs of Microsoft, Omnicare, Kroger, HCA Holdings, Fidelity National Financial, and Ross Stores. What do they all have in common? Each of them is an internal hire and all six of them produced great shareholder return within their first year on the job.

As an unexpected internal hire, Satya Nadella’s appointment as CEO of Microsoft, promoted from his presidency of Cloud and Enterprise services, has been good for shareholders, even as he contends with staff layoffs related to the company’s phone business. Virtually his only misstep was to tell his female employees to trust in karma for their pay raises. The storm of criticism that followed this forced him to clamber down and apologize, initiating diversity and inclusion programs while at the same time pointing out that Microsoft’s gender wage gap is consistently just 0.5 percent, better than in the rest of the country and much better than the rest of the tech industry.

Apart from that, his every move has meant success. His background in Cloud, for example, led to commercial cloud revenue growing 106% in the company’s third quarter this year, driven mostly by Office 365, the subscription web-based alternative to its Office software. And he also pioneered the free provision of Windows for Apple’s iOS, and Google’s Android OS. Then there’s Windows 10, which most users will be downloading for free on July 29. Moves in gaming have been just as successful. Under his leadership, Microsoft bought Minecraft, a company that appears to have already generated more revenue than it cost.

Omnicare, which provides pharmacy-related services largely to the elderly in long term care facilities, rebounded from a loss of $43 million in 2013 to a profit of $145 million in 2014 under the leadership of new CEO Nitin Sahney. According to the company’s biography of Sahney, this growth phase was due to his implementation of a “multi-phased operating plan to increase sales, improve retention and create greater operating efficiencies in the Long-Term Care Group.” This resulted in Omnicare’s first full year of net organic customer growth in over ten years. In addition, however, Sahney is working to diversify the company’s markets by increasing its specialty care services including the pharmacy provider RxCrossroads, which he founded before selling it to Omnicare.

The Kroger Company was founded by Bernard Kroger in 1883 in Cincinnati, Ohio. It is the country’s second largest supermarket chain by revenue and owns the Ralphs, Smith’s, and Food-4-Less grocery chains, as well as its Kroger stores. Under new CEO Rodney McMullen, who joined the company in 1978 as a part-time stock clerk, quarterly dividends have continued to increase and same store sales were up 5.7% just in the first quarter this year.

This level of success is due to a number of reasons. McMullen is expanding the company’s Customer First initiative, the company recently won a CIO award for its electronic temperature monitoring project helping to keep food safe and it is rapidly becoming a major player in organic foods at barely a premium price to non-organic products. McMullen also led the acquisition of grocery chain Harris Teeter while he was COO, which was already operating an online ordering service for customer pick-up. He is now expanding this service rapidly through the Kroger chain. The chain is taking on more employees every quarter and expanding its footprint with further acquisitions.

HCA, which stands for Hospital Corporation of America, is the largest for-profit operator of healthcare facilities in the world. New CEO Johnson joined HCA in 1982 – another internal hire – and oversaw a climb in stock price from around $48 to more than $90 since his promotion to CEO. In a move that saved the company and its other shareholders a lot of money in May last year, Johnson presided over a share buyback from the company’s two largest stockholders – hedge funds Bain Capital and KKR – at around $50 just before the stock really took off. In addition, last November, 115 of its hospitals in the US, 85% of its total, were included among the top performers of The Joint Commission, an independent accreditation organization for healthcare organizations.

FNF provides title insurance, technology and transaction services to the real estate and mortgage industries. New CEO Raymond Quirk joined FNF in 1985 and was most recently CEO of FNF Title Group. The company’s stock took off in October 2014, as announcements of its third quarter earnings call seem to have sparked market confidence that good news was coming. That good news included a 6% increase in the quarterly dividend, and the sell-off of restaurant chain J. Alexander and another subsidiary. And in May of this year, FNF floated one of its subsidiaries, Black Knight Financial Services. This raised about $441 million after its IPO was priced at $24.50 per share, near the top end of the expected range of $22-$25. With a portfolio of companies that range from restaurants to title insurance, managing FNF is like juggling balls, but Quirk does not seem to be dropping any.

Ross (Dress for Less) Stores CEO Barbara Rentler joined the company in 1986 and rose to chief merchandising officer before being appointed CEO on July 1, 2014, when the stock began an inexorable rise. Earnings per share have been increasing quarterly since she stepped into the post and continued to do so in the first quarter this year, outstepping analyst estimates yet again. At that May conference call, Rentler also announced that Ross would join TJX (TJX) and Walmart (WMT) in the so-called $9 per hour club, raising minimum wage to that level and offsetting it with efficiencies.