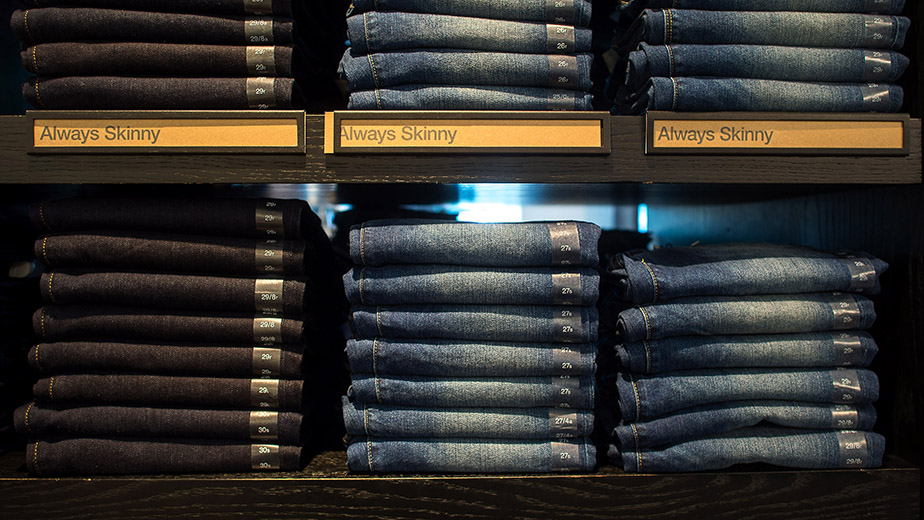 Gap Inc’s (GPS) shares tumbled 9% on Thursday after hours as the struggling clothier reported comparable sales declines for March at its three biggest brands, casting doubt on Wall Street it will shake its long-lasting doldrums.

At its namesake chain, comparable sales fell 3%, while at Banana Republic, still reeling from the effects of being too fashion forward, it was another bloodbath, with a 14% drop. Even the once mighty Old Navy, which generates 40% of company revenue, can’t find its footing: its comparable sales were down 6%. Companywide, the decline was 6%, the 12th monthly decrease in a row. Total sales came in at $1.43 billion.

The dismal performance comes just as spring begins, a period Gap Inc CEO Art Peck told worried investors last June would be when the changes in merchandise and in organizational structure would kick in and put the largest specialty apparel retailer back on track. Indeed, Peck had called the spring of 2016 Gap Inc’s “no excuses moment.”

And yet, Gap offered up some excuses on a pre-recorded call to explain the dismal March. Jack Calandra, senior vice president of investor relations, said that though March started well, Gap didn’t see the Easter buildup it expected. And more worryingly for Gap, Calandra said shopper traffic fell even more than comparable sales did, meaning it is struggling mightily to get people to come into their stores. The sales shortfall means a lot more merchandise will have to be sold at clearance, something Gap said would dent gross profit margin.

Still, Calandra rather incredulously claimed there were signs of improved customer response to its merchandise, something the awful results belie.

Last month, Gap spooked investors with a modest profit forecast for 2016 that suggested to investors it would continue to face challenges this year to improve its business.

It has been a period of big turmoil at the company. In the last year and a half, it has seen the head of Old Navy bolt to Ralph Lauren where is now CEO, while the creative directors of both Gap and Banana left.

Gap’s attempts to fix its business come at a time consumers are spending less on clothing and the strong U.S. dollar means overseas profits come out to less money. That’s on top of a mild winter that delayed spending on cold-weather items and more intense apparel competition (Gap Inc. CEO Art Peck acknowledged on a call with investors in February that the arrival of the ultra-cheap fast fashion chain Primark was on his radar.)