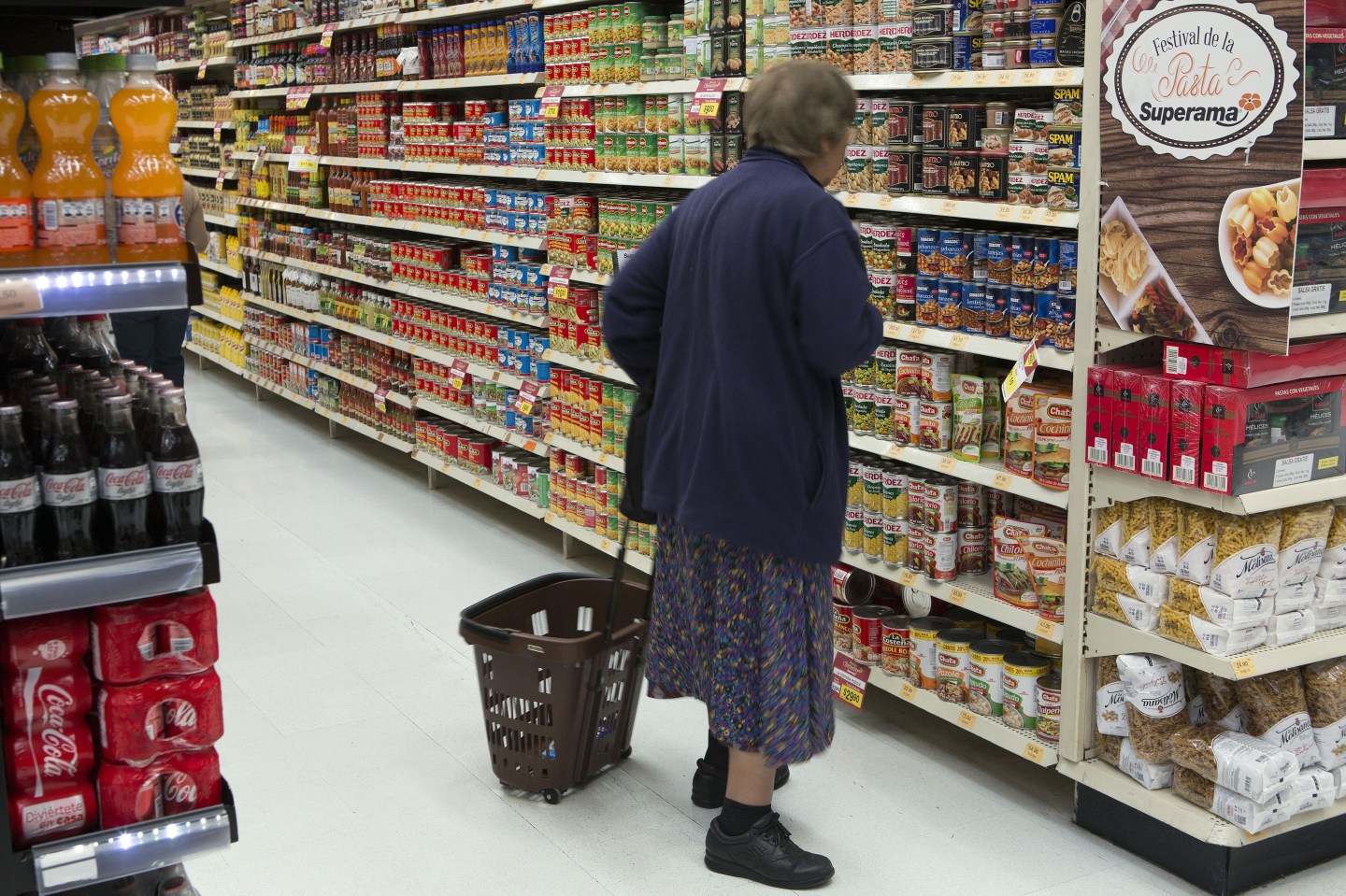 A new study says a controversial chemical used to coat metal packaging is still widely used by Campbell Soup, Del Monte, General Mills and many other big food manufacturers, even as some in the industry vow to discontinue use of the lining.

A study, backed by six nonprofit groups, claims 67% of the cans that it had tested contained Bisphenol A (known as BPA). BPA, which has been used in food packaging since the 1960s, is used by food makers to preserve food. But small amounts of the material can migrate into food, as is the case with any packaging material used to contain food.

That’s where the controversy lies. Some groups allege BPA is a toxic chemical that leads to harmful health effects, including increased risk of cancer, infertility and asthma. Food manufacturers and the Food & Drug Administration, which deems BPA as safe to use, have conceded some consumers are calling for the food industry to find and use alternatives. That is part of a broader consumer-driven movement to get Big Food to think differently about food manufacturing and sourcing.

The analysis of 192 cans tested found that 129 of them still contained BPA in the packaging. All 15 of the Campbell Soup (CPB) cans tested contained BPA, even though Campbell vowed a few years ago to make a change on this front. BPA was also found in cans used by Nestle (NESTLE-S-A), Del Monte, McCormick & Company and General Mills, including the brand Progresso. Even smaller brands like Goya Foods and Ocean Spray Cranberries tested positive for BPA.

The study also found BPA in private-label cans sold at Target (TGT) and Walmart (WMT). Neither Target nor Walmart have policies in place to eliminate BPA in canned food.

Campbell told Fortune that the transition had taken longer than expected, saying there are technical challenges to moving away from BPA as it has been used as a standard can lining by the food industry for decades. Campbell said it wants to ensure any transition is cost-effective, while also adding it is an enormous undertaking for the food giant. Campbell ships nearly two billion cans annually, comprising of more than 600 different recipes.

“Making a change of this magnitude requires input form hundreds of employees across the company,” Mark Alexander, President of Campbell Americas Simple Meals & Beverages wrote in a blog post this week. “It’s not something that can be done quickly, nor would we want to.”

Campbell this week outlined a detailed timeline, saying it would remove BPA from packaging by the middle of next year. It has already made two million cans using the new linings, which are being shipped this moth, with 10 million more coming in April.

“It is not surprising that the study shows BPA in our cans, as we use BPA and the study was conducted before we started to produce and ship cans with non-BPA linings in March,” a Campbell spokeswoman told Fortune in an e-mail.

Del Monte on Tuesday said it would transition the company’s fresh pack production this year so that all of the company’s fruit and tomato products, as well as nearly all vegetable products found under the Del Monte brand, would convert to non-BPA linings.

Others have fared better. Amy’s Kitchen, Annie’s Homegrown, Hain Celestial (HAIN) and ConAgra (CAG) have fully transitioned away from the use of BPA and have disclosed what alternatives they use today. The tests conducted on behalf of the nonprofits found that no BPA-based resins were detected in those brands.

For General Mills (GIS), the progress was split. It owns Annie’s, one of the brands that passed the test, but the analysis found that half of the samples tested positive for BPA. An important caveat: the findings included Green Giant, a brand now owned by B&G Foods (BG-FOODS-INC).

General Mills has said it is working with can manufacturers to test linings that don’t use BPA. General Mills now uses an alternative for the company’s Muir Glen tomato products. In an e-mailed statement, the food maker said “scientific and governmental bodies worldwide have examined the science of BPA uses in food and concluded that BPA is safe.”

It is also important to note that the FDA as recently as 2014 proclaimed BPA as safe for food packaging, following a four-year review of more than 300 studies.

The backers of this study include Breast Cancer Fund, Campaign for Healthier Solutions, and Clean Production Action.