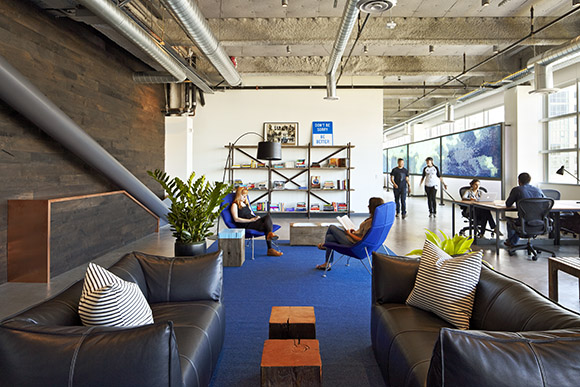 More than 500 million people have signed up for some sort of Dropbox account, an expansion of more than 100 million in the past nine months. It’s tough to say how many of those people actually pay for the cloud file-sharing service, but Dropbox clearly hopes to entice more.

To make its case with paying customers, the company has invested heavily in its own data storage servers for the past two years—a big break from its original strategy.

Traditionally, Dropbox has relied on the Amazon Web Services S3 data service to store most of the photos, videos, and other documents uploaded by its rapidly growing user base. As of this week, however, Dropbox now serves up more than 90% of users’ data from its own “Magic Pocket” storage network. (Wired has a thorough back story on the build-out.)

Why does this switch matter?

For one thing, the move allows Dropbox to let people access files far more quickly, something that’s a big consideration for organizations that can’t tolerate lag times. How fast? The service now enables transfers at peak rates of a half-terabit per second, writes Akhil Gupta, Dropbox’s vice president of infrastructure, on the company’s blog on Monday. The company built its own high-performance network, connecting three regional data centers, to pull this off.

From an operations standpoint, the switch helps Dropbox reduce its own equipment costs over time through custom-built hardware and software. This approach is similar to what Facebook pulled off through the Open Compute Project, the social network’s five-year-old initiative to reduce data center costs. Dropbox isn’t saying how much money this will save, but it does give the San Francisco-based business far more control over its destiny.

“We knew we’d be building one of only a handful of exabyte-scale storage systems in the world,” Gupta writes. “It was clear to us from the beginning that we’d have to build everything from scratch, since there’s nothing in the open source community that’s proven to work reliably at our scale.”

Dropbox isn’t ditching Amazon entirely, especially when it comes to serving customers outside the United States. You can expect the tech companies to expand their alliance in Germany later this year.

The Magic Pocket initiative is Dropbox’s latest effort to reboot its strategy after questionable forays into consumer apps such as Mailbox (an email alternative) and Carousel (a photo organizer). It shuttered both services in December.

Dropbox was last valued $10 billion, but its sky-high valuation has been called into question amid the tech stock market turbulence and heightened pressure from arch-rival Box.