Dropbox: Businesses Really Love Us Too 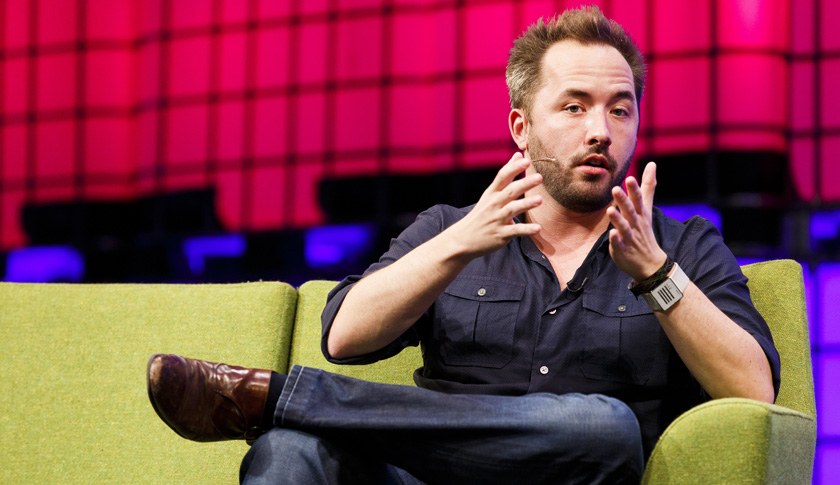 DUBLIN, IRELAND - NOVEMBER 04: Drew Houston, Founder and CEO of Dropbox, in converstaion with Laurie Segall from CNN on the centre stage at the 2014 Web Summit on November 4, 2014 in Dublin, Ireland. (Photo by Tristan Fewings/Getty Images)
Photograph by Tristan Fewings — Getty Images

Dropbox wants the outside world to know it now has more than 150,000 paying customers for its Dropbox for Business service, including the likes of men’s clothing retailer Bonobos, social network Pinterest and travel website Expedia.

That amounts to 50,000 new accounts added in the past 10 months, the cloud file-sharing company’s founder and CEO Drew Houston said at the Dropbox Open event on Wednesday.

Houston used that soapbox to counter criticism that his company, a one-time Silicon Valley darling last valued at more than $10 billion by private investors, is widely used by consumers, few of which actually pay for its services. Increasingly, Dropbox is recasting itself in the role of a collaboration software company, one that can help businesses share information more efficiently—and generate meaningful revenue along the way.

Overall, the company claims 400 million users, representing 8 million different organizations. Some of the bigger logos on the Dropbox Web site include News Corp., Under Armour, and Yahoo.

But the number that people watch especially closely is the Dropbox for Business adoption rate, which represents the company’s penetration into valuable corporate accounts.

Along with Houston’s declaration came this snipe at an unnamed competitor: “It’s kind of funny when people are like, ‘Oh, Dropbox isn’t serious about business’ or we’re only about consumers, when it’s really all the consumers that have brought us into all those businesses,” he said.

You can read that comment as a response to preemptive comments issued by Dropbox rival Box (BOX), defending its own market position: “Dropbox has tried to play catch-up to our enterprise strategy for years, but serving millions of free consumers is profoundly different from powering the world’s largest enterprises.”

For the sake of comparison, Box has roughly 50,000 paying business customers. Many of the accounts it references are larger than those cited by Dropbox. They include Alcoa, Cushman & Wakefield, IBM (which is also a big Box partner), and Uber. Box has approximately 40 million users overall.

One of more obvious differences between the two companies is how quickly each has pivoted to keep ahead of the commoditization of cloud file-sharing services.

Dropbox hasn’t had an official edition for large corporate customers until this week, with the introduction of Dropbox Enterprise. The new offering includes the sort of features one would expect from a service of this nature, including tools for migrating employees away from personal Dropbox accounts into ones that can be closely managed by a business for security and compliance considerations.

Box co-founder CEO and Aaron Levie took to Twitter to make this observation about that product news: “Any time you ever want to see what Dropbox will do next, look for what we did 3-5 years ago.”

Sniping aside, Dropbox is becoming much more aggressive about winning over individual users who can help open doors into corporate accounts.

This week, it disclosed a partnership with Mexicos’s giant Telmex, which will lead a major foray into Latin America, and an expanded relationship with Vodafone (VOD) that covers dozens of new countries, including Germany, Italy, Portugal, and Spain. Both companies offer promotional Dropbox accounts with their services. Dropbox’s alliance with SoftBank, its primary sales channel in Japan, is also beginning to have an impact.