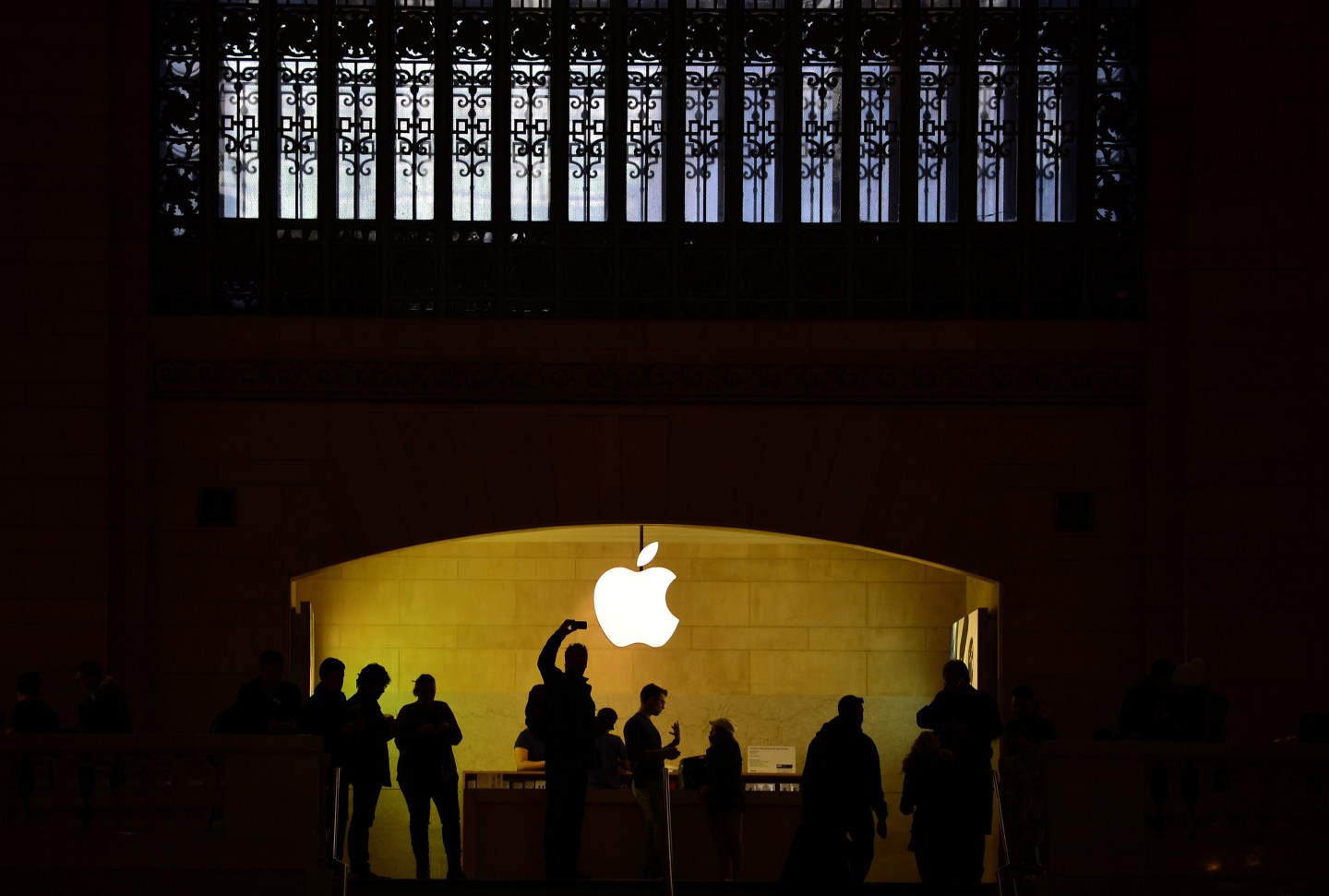 NEW YORK, March 2, 2016-- Customers use their iPhones at the Apple store of the Grand Central Terminal in New York, the United States, March 1, 2016. On Feb. 29, 2016, a magistrate judge of the United States District Court for the Eastern District of New York adjudged that All Writs Act wasn't sufficient to order Apple to help the Federal Bureau of Investigation unlock the phone of a convicted drug dealer. (Xinhua/Wang Lei via Getty Images)
Photograph by Wang Lei—Xinhua News Agency via Getty Images

The Apple vs. FBI case hasn’t quite come to blows…yet. But both Apple and the government just pulled out some fighting words.

The feud comes as the two sides prepare to meet in court later this month to dispute whether Apple (AAPL) can be forced to help the government tap into encrypted information locked inside an iPhone that belonged to one of the San Bernardino shooters.

On Thursday the Department of Justice issued a scathing brief, calling Apple’s stance in the case “corrosive” and the company’s rhetoric false. The 43-page court brief also accused Apple of deliberately blocking access for the U.S. government, while cooperating with the Chinese. The DOJ claimed Apple traded confidential customer information with the Chinese government in exchange for access to Chinese markets.

Apple responded to the news by airing the fight to the press, hopping on a call with reporters Thursday evening. On the call, Apple general counsel Bruce Sewell accused the government of trying to vilify the company.

Sewell said the latest filing was a surprising shift in tone from the way the government and the company normally get along. Sewell called the move simply a “cheap shot,” as The New York Times reports.

“In 30 years of practice, I don’t think I’ve ever seen a legal brief that was more intended to smear the other side with false accusations and innuendo,” Sewell said.

Apple’s comments are not an official rebuttal to the DOJ brief, but the company could file one in the coming days, before the two sides meet in federal court on March 22.

Apple has repeatedly argued that the kind of “backdoor” phone access the government is asking for would put the security of all phones at risk to hackers and terrorists. The question of whether the company can be compelled to help the government access the encrypted information on one of the San Bernardino shooter’s iPhones has prompted sharp debate, with tech companies, Apple executives, and the American public all weighing in.

Update (Mar 11 9:45 am ET): This story has been updated with information on DOJ’s claims on China.