A New Poll Shows the Apple-Government Fight Has Split America 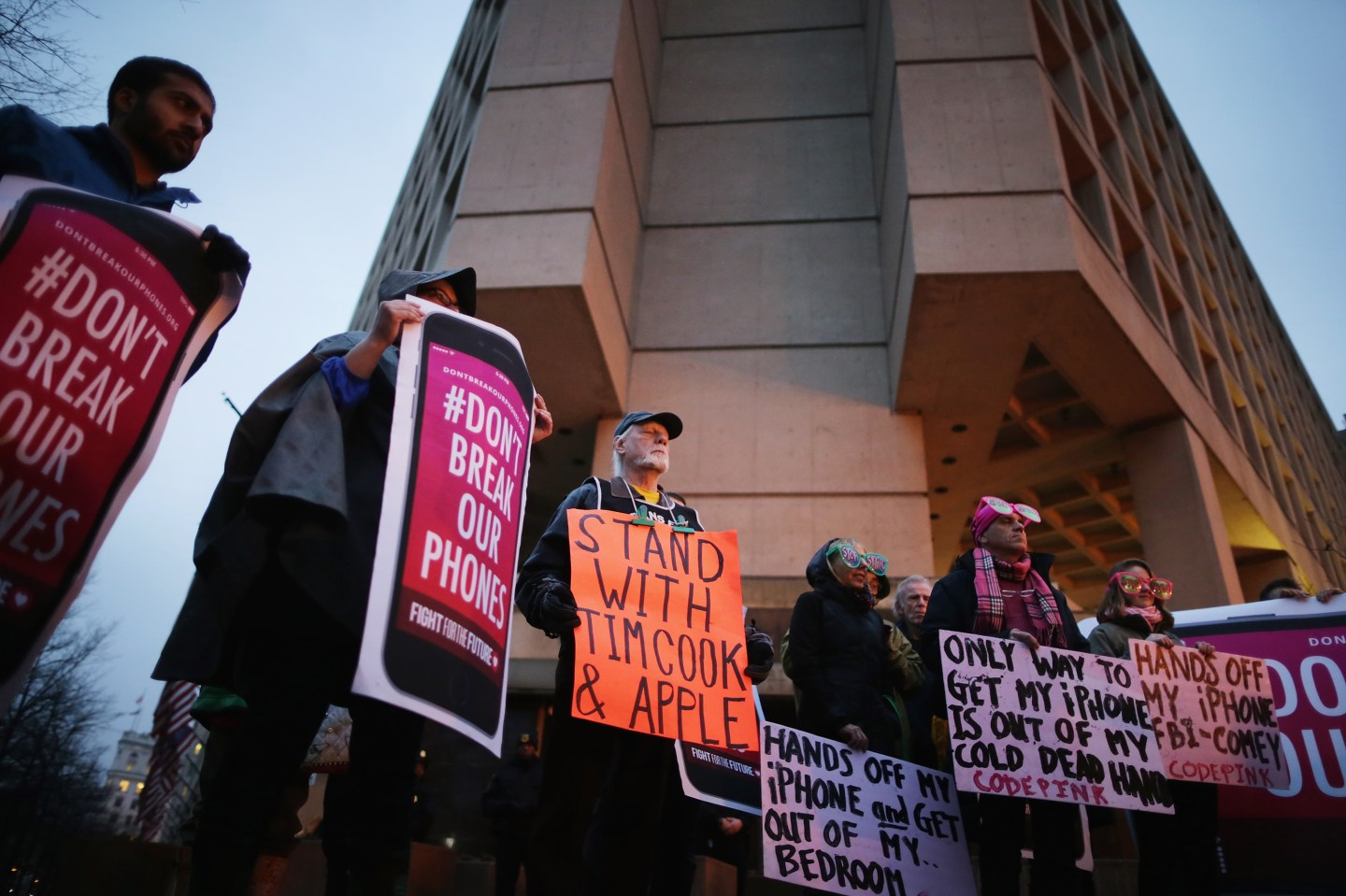 WASHINGTON, DC - FEBRUARY 23: Organized by Fight for the Future, about a dozen protestors demonstrate outside the Federal Bureau of Investigation's J. Edgar Hoover headquarters in support of Apple and against a move by the federal government to force the computer company to create a "backdoor" to the iPhone February 23, 2016 in Washington, DC. Last week a federal judge ordered Apple to write software that would allow law enforcement agencies investigating the December 2, 2015 terrorist attack in San Bernardino, California, to hack into one of the attacker's iPhone. Apple is fighting the order, saying it would create a way for hackers, foreign governments, and other nefarious groups to invade its customers' privacy. (Photo by Chip Somodevilla/Getty Images)
Photograph by Chip Somodevilla — Getty Images

The battle between Apple and the FBI over accessing encrypted data in an iPhone has left Americans evenly divided over the conflict between privacy and national security.

In a new poll conducted by the Wall Street Journal and NBC News, around 42% of 1,200 voters surveyed said Apple (AAPL) should cooperate with the FBI and unlock an iPhone used by one of the San Bernardino shooters. 47% said Apple shouldn’t cooperate.

Because the poll has a margin of error of plus or minus 2.83 percentage points, the results are essentially split. But it’s the breakdown of voters’ party affiliations during this election season that reveal the real dichotomies:

Among registered voters who identified as Republicans, 57% said they were worried the government wasn’t doing all it could to protect the country’s national security. Of voters who called themselves Democrats, however, 50% said they were worried the government was going too far and would invade the privacy of its citizens. Among independents, 58% said Apple shouldn’t cooperate with the FBI, compared with 28% who said Apple should.

So far, Apple has the support of most of its Silicon Valley peers, including prominent tech companies like Facebook (FB) and Google (GOOG).