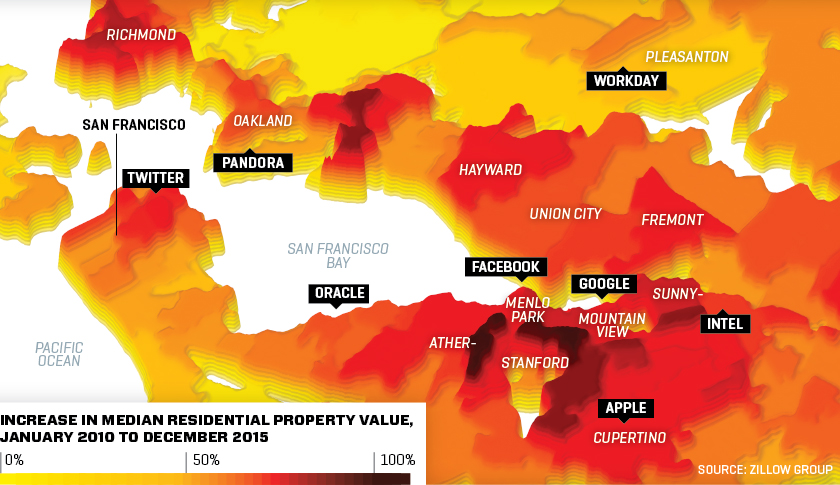 San Francisco is famously home to not-in-my-backyard restrictive development regulations, helping create lovely streetscapes and a crippling housing shortage. But even the City by the Bay’s soaring prices aren’t going up as fast as those in nearby towns, where workers of Google (GOOGL), Facebook (FB), and Apple (AAPL) cluster—and which have their own restrictions on development. In several San Francisco neighborhoods, home prices rose more than 70% since 2010, according to Zillow. But in the Palo Alto zip code between Stanford and the Googleplex, prices climbed 104%—and 101% in tech CEO haven. The area’s housing headache has broad consequences, as high prices and precious land complicate life for both people and companies in the crucial economic corridor. That should worry even those of us paying less than $4,000 a month in rent.

A version of this article appears in the March 1, 2016 issue of Fortune with the headline “Valley Fever.”