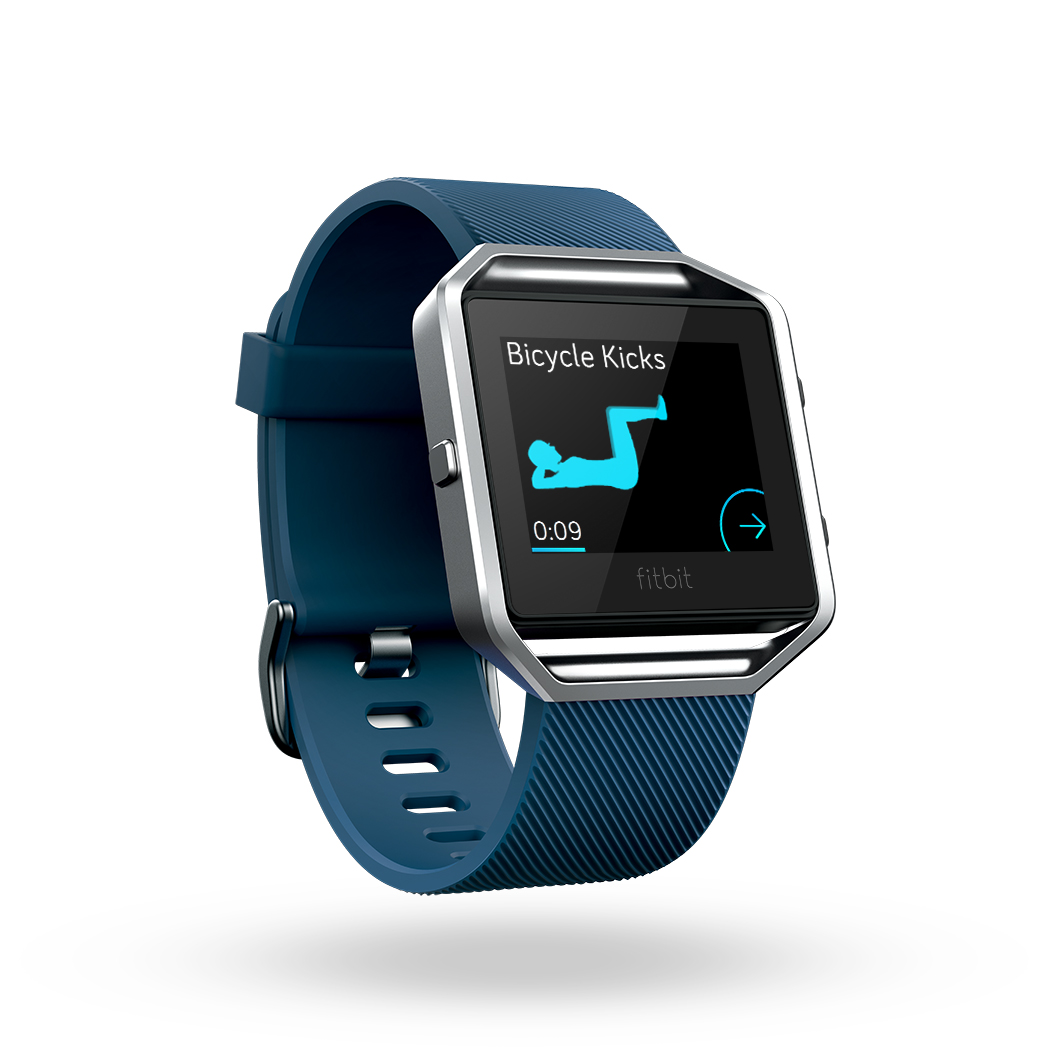 When Fitbit announced the Blaze in early January, the company positioned its first new product in over a year as a “fitness-focused” smartwatch. That is to say, first and foremost, the Blaze is a fitness device with a hint of smartwatch.

The Blaze’s smarts include text, calendar, and incoming call notifications. Users can also control music playing on a connected smartphone using the Blaze.

Outside of a handful of smart features, the Blaze is every part a typical Fitbit (FIT) device. It still counts steps, calculates calories burned, tracks you sleep, monitors your heart rate, and syncs to your Android or iOS device to track additional health-related stats (water intake, calories consumed, etc.).

Initial reaction to the Blaze was peppered with skepticism that the device offered enough to compete with the Apple Watch—despite Fitbit’s claims the Blaze wasn’t a direct competitor to the company’s biggest threat. Investor skepticism is justified; if Fitbit is to continue donning the crown as market leader of wearables, the company needs to create a compelling product to lure customers away from Apple’s (AAPL) shiny wares.

After two weeks of replacing my $400 Apple Watch with the $200 Blaze, I’ve found myself struggling with the idea of just how smart I want a watch to be.

Raising your wrist wakes the Blaze, displaying time and current activity stats. Navigating the Blaze is done primarily through a series of swipes. Swiping down from the top of the screen provides the option to disable notifications if you’re in a meeting or working out in addition to music controls. A swipe up from the main screen offers a chronological list of notifications. Conversely, you can hold the top or bottom buttons found on the right side of the Blaze to access the respective feature (i.e. hold in the top button to access music controls). A single button on the left side acts as a back button.

A swipe to the left when viewing the time scrolls through a series of features. The “Today” screen breaks down the day’s activity metrics. “Exercise” is where you start a workout, such as a run bike ride or weightlifting session. Outdoor activities, like bike rides, will use a nearby smartphone’s GPS functionality to map your route. FitStar integration walks users through workouts using the watch as a guide, with “Timers” and “Alarms” rounding out the list of baked-in features.

On the upside, I thoroughly enjoyed the fitness-first approach of the Blaze. It wasn’t purely a marketing spin from the brain trust at Fitbit to call the Blaze a “fitness-focused” smartwatch.

Every time I checked the time, I was reminded of how many steps I had taken or my current heart rate. With the Apple Watch, I could check the time, current weather forecasts, or my upcoming calendar entries—with fitness almost always an afterthought, if a thought at all. Yes, Apple offers a three-ring indicator making your activity stats visible at-a-glance. But it’s never motivated me to get up and moving.

For whatever psychological reason, Fitbit’s approach on the Blaze worked for me. In turn, I found myself striving to increase my daily step total. I went for more walks and as a result my daily step total went from an average of 4,493 steps when wearing the Apple Watch to 7,448 steps with the Blaze.

Starting an activity, such as a walk, took a few swipes and taps on the Blaze’s screen. If I forgot to record an activity that lasted longer than 10 minutes (the default is 15 minutes, but I changed it), the Blaze could (and did) automatically identify and record the activity.

The Apple Watch isn’t capable of such a feat nor can it track sleep as the Blaze can. Part of that is due to the limited battery life of the Apple Watch. Fitbit stated the Blaze has enough battery to power through five days of typical use. I found the claim to be 80% accurate, with my review unit needing a recharge every four days.

For more on Fitbit, watch our video.

Charging the Blaze requires removing the actual Blaze module from its watchband housing and placing it into a cradle. If you’re within Bluetooth range of the device, your smartphone will alert you when it’s fully charged after about an hour.

One thing I would love to see added to the Blaze is a reminder to get up and move after sitting for too long. Fitbit’s upcoming Alta band will offer a “Reminders to Move” feature that prompts a user to get up and move each hour if the hourly goal of 250 steps isn’t reached.

The downside to the Blaze is that over the past year, I’ve come to rely on the extensive notification support the Apple Watch provides. My iPhone or Android device is constantly on silent now with my watch acting as a buffer between those handhelds and the notifications I want (messages, mail, Twitter, and a handful of similar apps).

I use Facebook Messenger a lot, which isn’t supported by the Blaze’s notifications settings, and in turn, I wasn’t alerted to new messages until checking my phone.

Last week, I spoke with Fitbit CEO James Park regarding his company’s fourth quarter earnings report. While the bulk of the call was focussed on units sold and revenue, I took advantage of his attention to ask about lack of widespread notification support.

Park stopped short of confirming the company is working on adding notification support for more apps, but he admitted it wasn’t the first time the feature had been requested. Park went on to concede he wished the Blaze offered richer notification support.

For more, read Fitbit CEO Focuses on the Bigger Picture For 2016

Aesthetically, the Blaze also isn’t as polished as the Apple Watch or Samsung’s Gear S2. That’s not a mark against the Blaze; it looks far better than competing fitness watches on the market such as Fitbit’s own Surge or Polar’s A360.

Users can customize the overall look of the Blaze using additional watch bands. Standard rubber watchbands are $29 and are available in black, blue, or plum. For $99, users can purchase a grey, tan, or black leather band. Alternatively, $129 will get you a steel band in silver. Changing bands is as simple as removing the Blaze from the housing and placing it into another band. Total time to change from one look to another is under 10 seconds.

Overall, I think Fitbit succeeded with its vision of creating a smartwatch that isn’t complicated to use. Its feature set isn’t intimidating—though limited notification support is disappointing. For someone who finds more complex smartwatches intimidating, the Blaze is device you should absolutely consider.

Nevertheless, I’m still struggling with how smart I want my watch to be.