Twitch Ups Its Game to Compete with YouTube Gaming 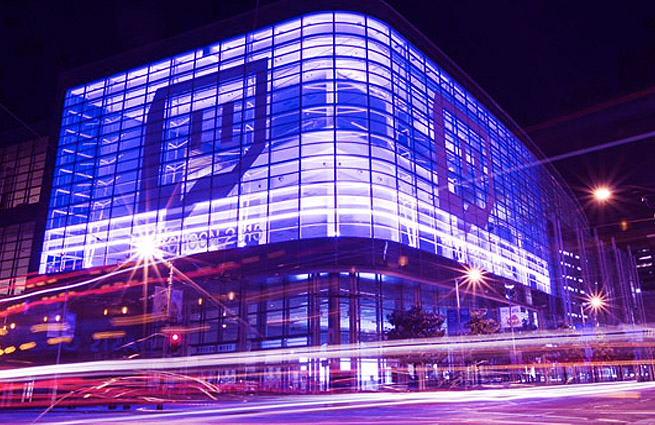 Amazon-owned (AMZN) Twitch continues to play catch-up to Google’s (GOOGL) YouTube Gaming channel, which has taken the video game video market by storm since launching last August. Twitch is rolling out Chat Replay, which allows gamers to view recorded livestreams complete with the rolling chat feature. So it’s exactly like watching the live broadcast, and it’s a feature YouTube Gaming launched with.

This is the latest in a series of upgrades that has seen Twitch expand beyond its live focus to appease the majority of gamers, who view recorded videos, which YouTube has always focused on. Twitch will be rolling out Video Uploads, allowing gamers to bypass livestreams completely. The company is also upgrading from Flash players and controls to HTML5 next quarter. And the company introduced an improved private messaging system last October called Whispers 2.0.

Twitch and YouTube are vying for a huge audience. According to research firm Newzoo, which has partnered with influencer marketing platform Nevaly, over 470 million gamers watch online gaming content on a regular basis and that number will surpass 500 million viewers later this year. That accounts for 56% of all gamers across North and Latin America, Europe, and Asia Pacific.

North America’s 97.4 million regular video viewers are just a fraction of the global audience. Asia Pacific offers the largest audience, with 199 million regular viewers with Europe coming in second with 116 million and Latin America providing a growing audience of 58.5 million.

Peter Warman, CEO of Newzoo, says YouTube still dominates the video market worldwide by a margin of at least 2:1. He says half of all gamers in the U.S. watch gaming videos regularly on YouTube, compared with just 21% who watch on Twitch. YouTube also owns the global market. Warman cites as an example France, where 49% of gamers watch YouTube regularly, compared with just 9% who visit Twitch. And those numbers hold true in Brazil, where YouTube has a 57% to 24% edge, as well as the United Kingdom, which gives YouTube a 47% to 21% lead.

YouTube is also courting an older, more affluent viewer, according to the research firms. The average age of viewers watching gaming content on YouTube is 28, compared with 21 on Twitch. Twenty-eight percent of these YouTube viewers are considered middle income and 35% are considered high income. The majority of Twitch users make less than $50,000 a year, according to Quantcast.

“Online video is the biggest thing to hit the games market since the launch of the iPhone in 2007,” Warman says. “Games are evolving towards cross-screen transmedia franchises right now. A direct consequence is the increased focus on communities of both gamers and viewers. This is creating enormous new growth and marketing opportunities for game companies and will accelerate the disruption of traditional media.”

In addition to its new features, Twitch is also fostering its community through a growing live event called TwitchCon. The gaming festival launched last fall in San Francisco and is moving to the larger San Diego Convention Center; this year’s event is Sept. 30 to Oct. 2. Over 20,000 gamers attended the inaugural event, which featured top livestreamers as well as playable games across all platforms.

Other players competing with YouTube and Twitch in this market include Azubu, Hitbox, and Dingit. ESports has been a key focal point for all of these livestreaming companies.