This Startup Wants To Take On Twitch And YouTube In eSports 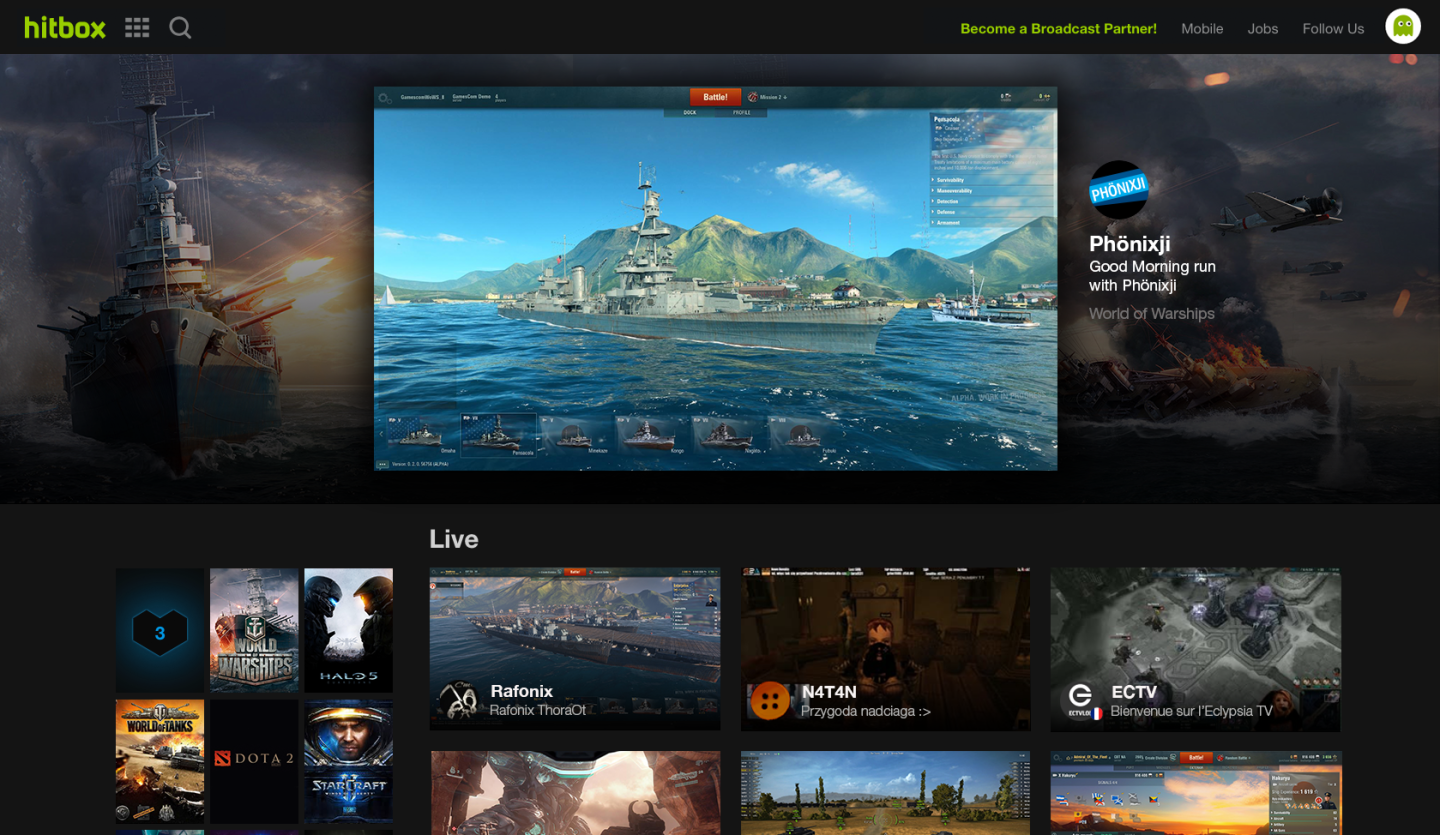 Gaming video content is worth $3.8 billion worldwide, with 486 million people tuning in to walkthroughs, trailers, and livestreams made by fans and publishers, according to SuperData Research CEO Joost van Dreunen.

Startup Hitbox currently has 6 million active monthly users across PC, Android, and iOS devices, which is just 4.7% of U.S. viewers according to Van Dreunen. The company has closed a $4 million growth round of investment to expand its North American operations and worldwide reach. The round was led by Vienna-based VC-firm Speedinvest and also includes free-to-play game publisher Wargaming, and North Base Media. This investment follows a seed round of $1 million from angel investors, which closed in 2014.

Van Dreunen says the Wargaming investment provides Hitbox with content like World of Tanks and World of Warships, which is key for this David to take on Goliaths such as Twitch and YouTube.

“Other channels like Twitch have benefitted tremendously from the success of Riot Games’ League of Legends, for instance,” van Dreunen says. “So having a committed content partner will prove a key strategic relationship for Hitbox. The platform’s emphasis on 4K 60 frames per second video content matches well with the demanding nature of Wargaming’s player base.”

“We’re used to thinking that a market can only sustain a handful of extra-large companies, but that’s the old word of mass media where advertising demands scale,” Klimscha says. “We are currently only in the first stage of the livestreaming market’s evolution. Certainly, a growing number of advertisers is looking to get in front of these digital, tech-savvy consumers, so advertising spend, which currently accounts for 80% of earnings, is expected to grow year-over-year.”

Klimscha says Hitbox is using this new investment to focus on community-building efforts to further establish its brand across the globe, especially North America. The company is also working with publishers like Wargaming to deliver deeper integration between games and broadcasts.

eSports remains a key focus for Hitbox. Klimscha says a big segment of the eSports audience is regularly tuning in to all existing platforms, but since eSports is growing so rapidly there are a lot of potential viewers who haven’t chosen their favorite platform yet.

“We’re looking for ways to get viewers to tune in to Hitbox more often and check out our advanced tech and unique chat features, and now with Wargaming we will soon be able to offer even more features for broadcasters and viewers,” Klimscha says.

In addition to the development of new technology aimed at this audience, the company has begun sponsoring teams like Dota 2 players OG because fans love to follow their favorite eSports teams, players, and brands. When it comes to streaming platforms there are added benefits when you foster community.

“You get the exposure, you get them playing and creating content on your platform, and you are able to build a connection with the team and your own brand,” Klimscha says. “And since we are the underdog, we have to be aggressive in this area while supporting the players and the community around eSports. This is just the next step for us.”

For more on Twitch and video game streaming, watch this Fortune video: