Amazon Games VP: ‘We want Twitch to keep doing what they do best’ 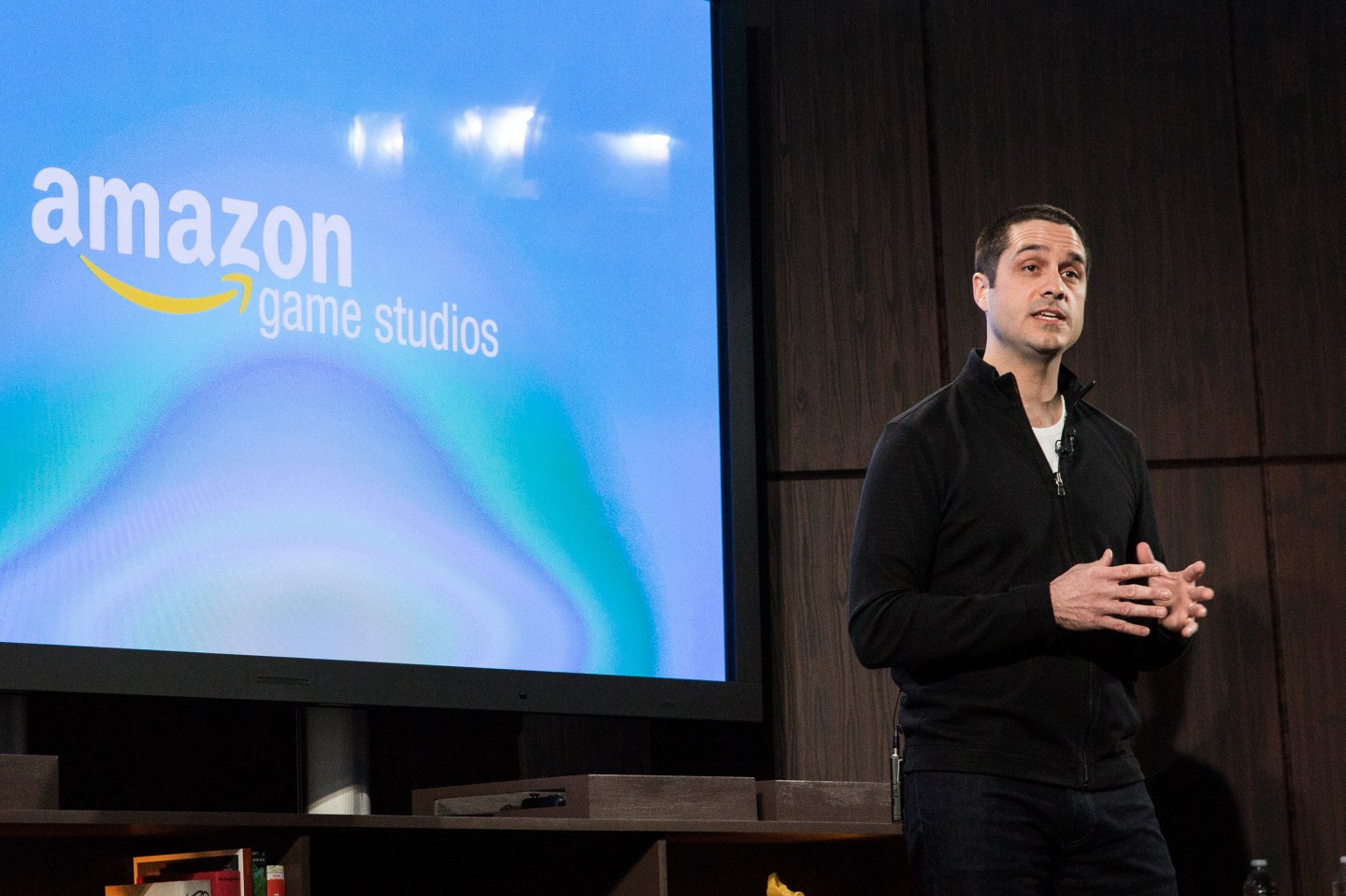 Amazon is serious about video games. The e-commerce giant just paid $1 billion to acquire online social video company Twitch, which has a devoted monthly fan base of over 55 million gamers watching 15 billion minutes of content created by over 1 million game broadcasters. It’s the latest example of Amazon investing heavily in the burgeoning global video game space.

The company has built its new hardware ecosystem from the ground up with gaming in mind. Amazon acquired developer developer Double Helix Games earlier this year, so it could create exclusive games for its customers. With more people gaming across more devices than ever before—and spending more time each day doing—video games are becoming just as important as movies and television shows in attracting new customers and keeping current subscribers entertained, saysWedbush Securities analyst Michael Pachter.

Amazon (AMZN) sells approximately 10 million Kindles since the e-reader debuted 2007, according to Pachter, who forecasts the company will also sell 5 million Fire TVs and 2 million Fire Phones this year. With 400 million TVs in the U.S alone, Amazon is entering the domain dominated by Sony (SNE), Microsoft (MSFT) and Nintendo at the same time as companies like Nvidia, Valve, Mad Catz, Ouya and Alienware are targeting the living room. Pachter believes there’s room for multiplayer players in this space and that exclusive games could give Amazon and edge on the competition.

Mike Frazzini, vice president of Amazon Games, discusses the evolution of cross-platform gaming and how the company plans to use Fire TV, Fire phone and Kindle to connect gamers in new ways. Frazzini spoke with Fortune prior to the news Amazon was acquiring Twitch. We reached out Tuesday and asked him about the role Twitch will serve in Amazon’s gaming system. An edited and condensed interview follows.

Frazzini: Amazon has long admired Twitch for the innovative social video platform that they’ve created for their community, and we want Twitch to keep doing what they do best. First and foremost, we want Twitch to just keep going. We look forward to learning from Twitch, and over time finding the right ways to help them move faster inventing on behalf of the community.

How were video games part of the design process for Fire TV?

When we started thinking about Fire TV, we knew right away that it would be all about the range of content you can enjoy through the device — movies, TV, music, photos, FreeTime for kids, and of course games. We wanted to make sure customers could find and discover content easily and intuitively using voice search. And we wanted to offer it all at a great price.

We also wanted to be able to offer customers a great gaming experience with a large selection of fun games, at super affordable prices. We wanted both a breadth of games that customers already know and love, like Ashpalt 8 and Minecraft, as well as offering new experiences. That’s one of the reasons we built Sev Zero: Air Support – an exclusive game that combines tower defense with a shooter, and the ability to play co-op with a second screen. In order to deliver a great selection of games at great prices, we needed the hardware and the user experience to work with games. Fire TV comes with 2GB of RAM, for example, which helps a lot with the types of games that we were able to make available.

What did you learn from Kindle gaming with your customers that was applied to Fire TV?

More games and more choice for customers is very important. We also like, and were inspired by, the openness of mobile games, which allow customers to play multiplayer on multiple screens, and wanted to bring that to the TV. You’ll see this with Minecraft where customers can play co-op — one person playing the game on their TV, while others play and interact in the same world with their other mobile devices like their Kindle Fire tablet or iPhone. That happens to be one of the most popular uses of Fire TV for my kids and me. It’s incredibly fun.

How did you go about choosing the chip technology for the big-screen gaming experience?

We wanted to build something that allowed customers to play a huge range of affordable games on a $99 device. And since Fire TV offers so much content, including but not limited to games, we expected many customers to buy it for watching movies and shows…then discover they can play games as well. Or buy it to play games, and also listen to music…The chip technology we chose is perfect for doing this.

What have you seen since launching Fire TV when it comes to game genres and specific games that are popular with your customers?

It’s really been a wide range of genres. Sev Zero: Air Support is definitely popular with our customers, but we expected that since this game was specifically developed for Fire TV. Other popular games include The Walking Dead, Rayman Fiesta Run, Asphalt 8, Ski Safari, Minecraft and GTA. Basically, fun and well-made games that look great on a big screen TV, end up doing very well.

What role do you see multiplayer gaming experiences playing with the move to the big screen?

I see multiplayer gaming playing a pretty big role in relation to the TV experience. It’s not required, but for some games multiplayer just makes them more fun. We had data from a little over a month after the launch of Sev Zero: Air Support, which showed us that people who play with another player using Air Support, play 67% longer than when they play alone. We are excited to see this type of co-op/second screen experience do so well.

How do the demographics for the Fire TV compare to that of the Kindle?

It’s not all that different. The Fire TV is meant for customers who want an entertainment-focused experience, and lots of people will buy it to just watch TV and movies and will wind up playing games, sharing photos on the TV, etc. We found that when you offer customers the option of being able to do a lot of things with a device they often end up using that device for more than what they may have originally intended. We are seeing the same thing hold true with the Fire TV. We are seeing a lot of different customers playing games across many genres.

What did you learn from traditional game consoles that you applied to the Fire TV controller?

We wanted to design a comfortable controller that is also familiar, so customers can just pick it up and play. Our Fire Game Controller features a common layout, which allowed us to offer something familiar.

What opportunities are there for cross-platform gaming experiences across TV, tablet and smartphone?

We’ve already started to get a taste. Going back to our discussion about Minecraft, customers can play multiplayer with multiple screens with one person on the Fire TV, and others on their smartphones or tablets. Sev Zero: Air Support offers up an interesting way to play as well, where one customer is playing the primary game on Fire TV, while a second player is using their tablet to help. In general, with the proliferation of connected devices, and using the cloud to enable seamless connections, there’s a huge opportunity for cross-platform play. It’s very open and there are many possibilities. From what we’ve seen so far, we know cross-platform gaming resonates with customers, and we look forward to seeing what new experiences developers dream up.