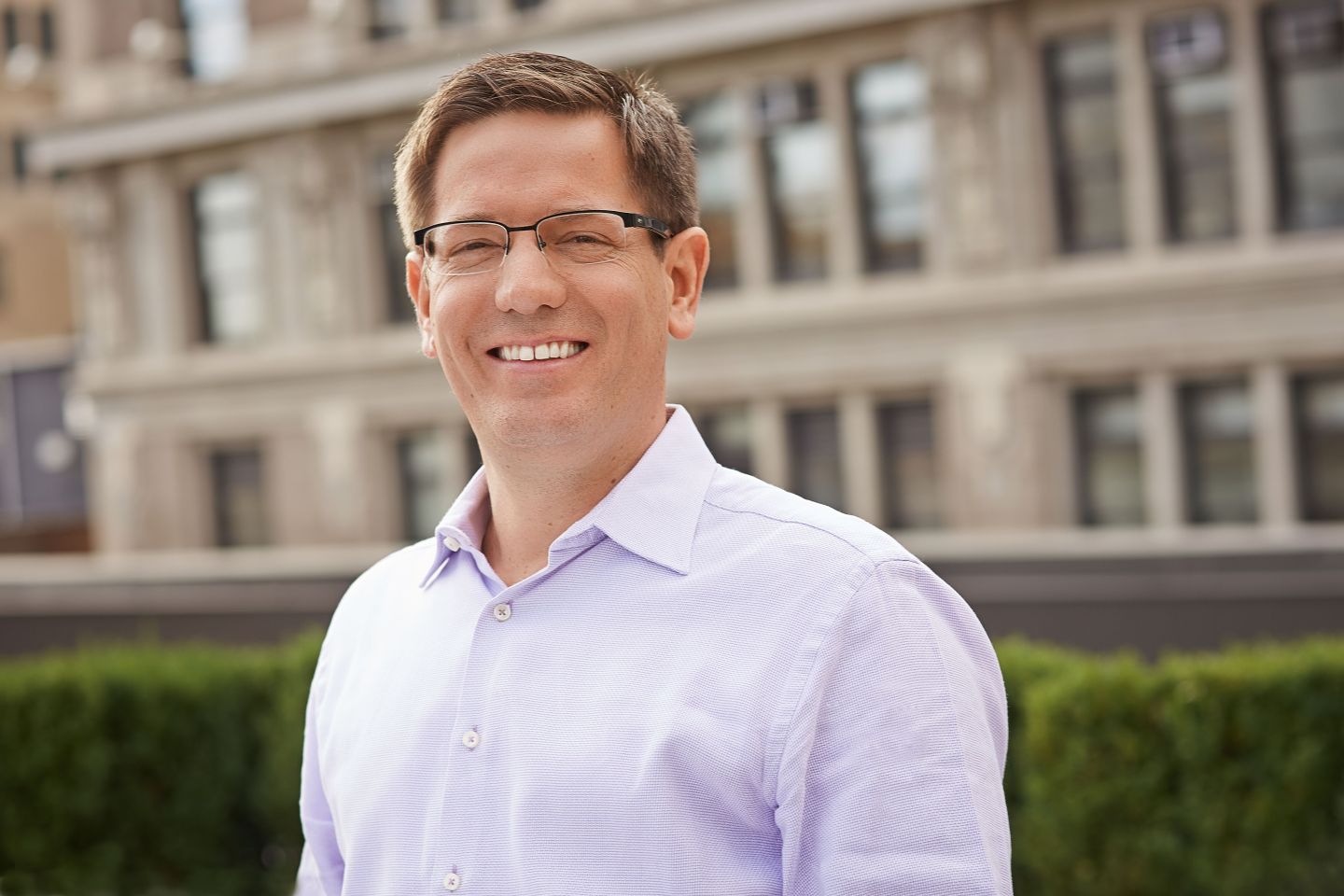 Last June, shares in advertising tech specialist Criteo plunged 7% after Apple declared its intention to add ad-blocking technology to the mobile edition of its Safari browser.

Despite that looming threat, Criteo’s mobile revenue is exploding, based on its 2015 financial results issued Tuesday. The company also added 900 customers in the past quarter, reaching 10,000 accounts, and crossed the €1 billion annual revenue mark for the first time.

Criteo’s stock surged on the revelation. Shares were trading around $13 at midday, an increase of more than 20%.

Yes, it correlates behavior from all three places to do so, which is big point of differentiation for the company’s newly anointed CEO Eric Eichmann. “Consumers’ expectations for a personalized experience are going up,” he told Fortune.

Eichmann, who was previously Criteo’s chief operating officer, took over from founder Jean-Baptiste Rudelle about five weeks ago. (Rudelle is still executive chairman.) Don’t expect to see a lot of strategy changes under Eichmann’s leadership. Rather, the company is doubling down on its mission to help its customers—including Air France, eBay, Lenovo, and Zappos—use data they already own to make promotions and advertisements more relevant.

“People are still managing their spending in siloes. We want to change that,” Eichmann said.

Incidentally, more than 75% of the money spent on Criteo’s services isn’t actually budgeted by marketing teams ahead of time, he estimated. That speaks to the technology’s strong return on investment, Eichman said.

In particular, Criteo is zeroing in on creating more insights that integrate data from mobile and desktop browsing habits—since many purchases are influenced by both. For example, more than 3,000 of its customers now use Criteo’s Facebook mobile advertising services. Approximately 47% of its revenue in December alone came from serving mobile ads (excluding traffic acquisition costs).

Criteo’s rivals include companies like Rocket Fuel (FUEL) and Google (GOOG). The adtech company, which began life in France but has added a New York headquarters, switched over to U.S. financial reporting standards this year. It expects revenue growth of 30% to 34% during 2016 (excluding traffic acquisition costs).