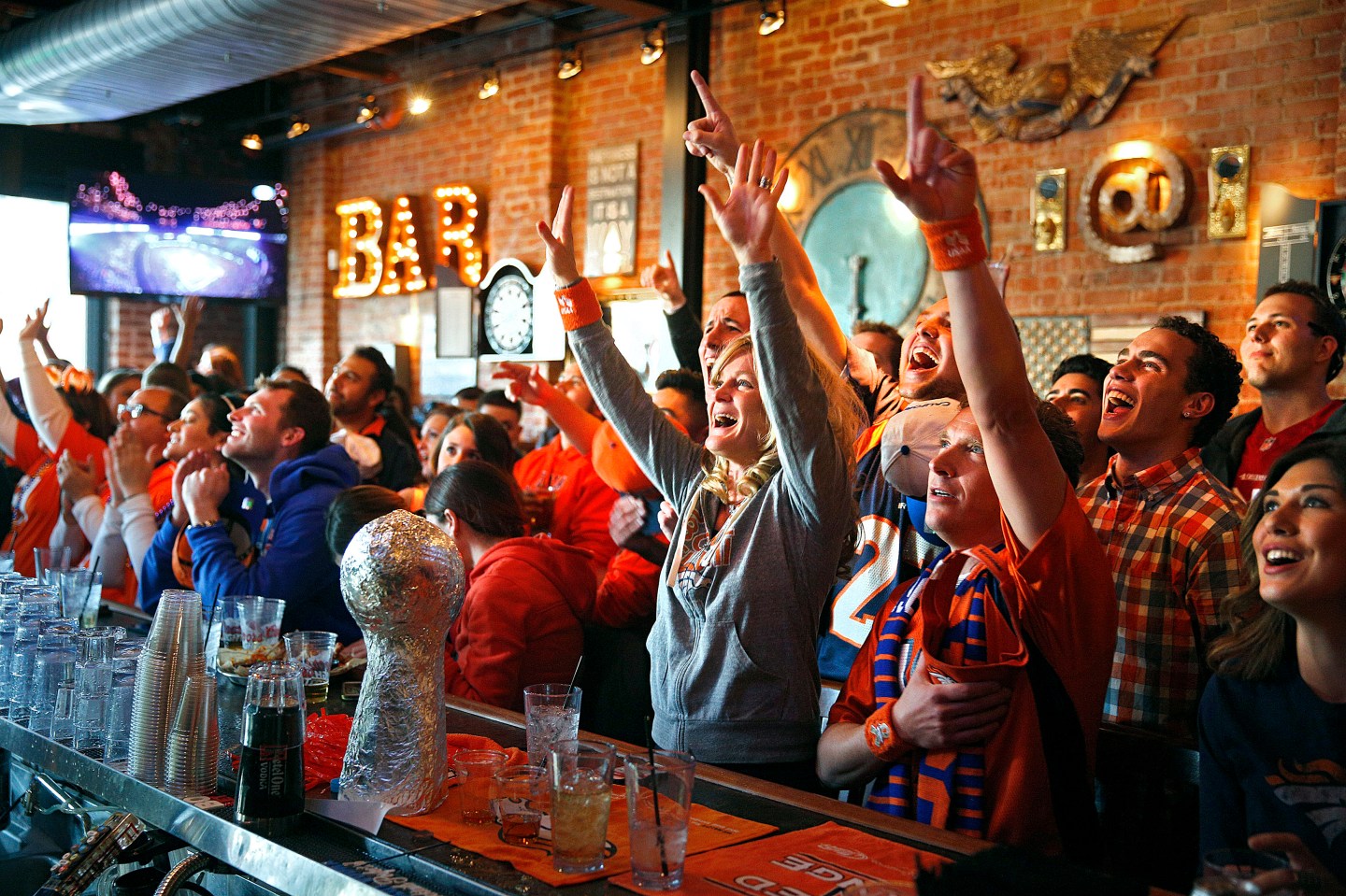 On February 7th two dinosaurs will be mating, live on television, in hopes of keeping themselves alive just a little bit longer.

The big match-up at this year’s Super Bowl won’t be the Denver Broncos and the Carolina Panthers, it will be the strange alliance of television networks and movie studios, as movie studios are now among the biggest Super Bowl advertisers. Normally rivals for our limited attention, movie studios and broadcast networks are now in a symbiotic relationship designed to keep both from extinction.

This year the Super Bowl should attract over 110 million viewers worldwide, and advertisers — many of them studios and networks — are paying an astonishing $5 million to run a 30-second commercial. That is 11% higher than the base price of $4.5 million that NBC charged advertisers during the previous Super Bowl. From 2005 to 2014, the price of 30-second spot has jumped 75%.

Why advertise during a football game in the first place, and why the Super Bowl in particular? The answers to these questions point to two broken business models that are looking to each other with all the desperation of a hail-Mary pass.

First, the football game isn’t the main draw, with many viewers saying the primary reason they watch the Super Bowl is for the ads. For the vast majority, the Super Bowl has become a post-modern gladiatorial contest. Spectators are dispassionate about who wins in the end, as long as the game, the ads and the halftime show combine into a big enough spectacle.

This is a shared cultural event at a time when the notion of everyone watching the same program on the same network at the same time is a distant memory, totally disconnected from our new reality of Netflix (NFLX), Hulu, Amazon Video (AMZN), HBO Go or Apple TV (AAPL) delivering our favorite shows, which increasingly aren’t even produced by the major networks.

The Super Bowl isn’t a sporting event; it’s an entertainment platform that offers advertisers the one thing TV programming can’t guarantee anymore: a chance to reach viewers live and have them actually watch the commercials.

Live sports are the last safe haven for TV advertising. Both network and cable TV viewership has been in steady decline for years. Consider that the top twenty most-watched shows of last fall’s season were all football games, which makes the very idea of “must-see TV” seem almost quaint. (CBS and NBC just closed deals to carry pro football on Thursday nights.)

And movie studios are in precisely the same pickle as TV networks, with theater attendance continuing a downward spiral that began decades ago. Meanwhile, action epics that cost over $100 million to produce now demand almost $200 million in marketing spending. (So even before a movie opens, the studio might be over a third-of-a-billion in the hole.) Ideally. a third of that cost will be recouped during opening weekend, so a huge marketing push is just insurance against a very small window of opportunity.

Which is why movie studios, including 20th Century Fox (FOX), Universal and Disney (DIS) are throwing millions at game-time trailers, which will appear next to ads for chips, beer and cars.

So can three negatives turn into a positive?

We’ve established that most people don’t care all that much about the football game being played on Super Bowl Sunday, most of us don’t watch broadcast TV anymore, and we’re not going to the movies as much as we used to. Yet if you put all three of those trends together, you get an excellent reason to spend $5 million dollars for a mere 30 seconds of entertainment.

You might say that’s a story that only Hollywood could have written, but apparently it’s one we’re all going to be watching on February 7th.