How Amazon Plans to Dominate Your Screen in 2016 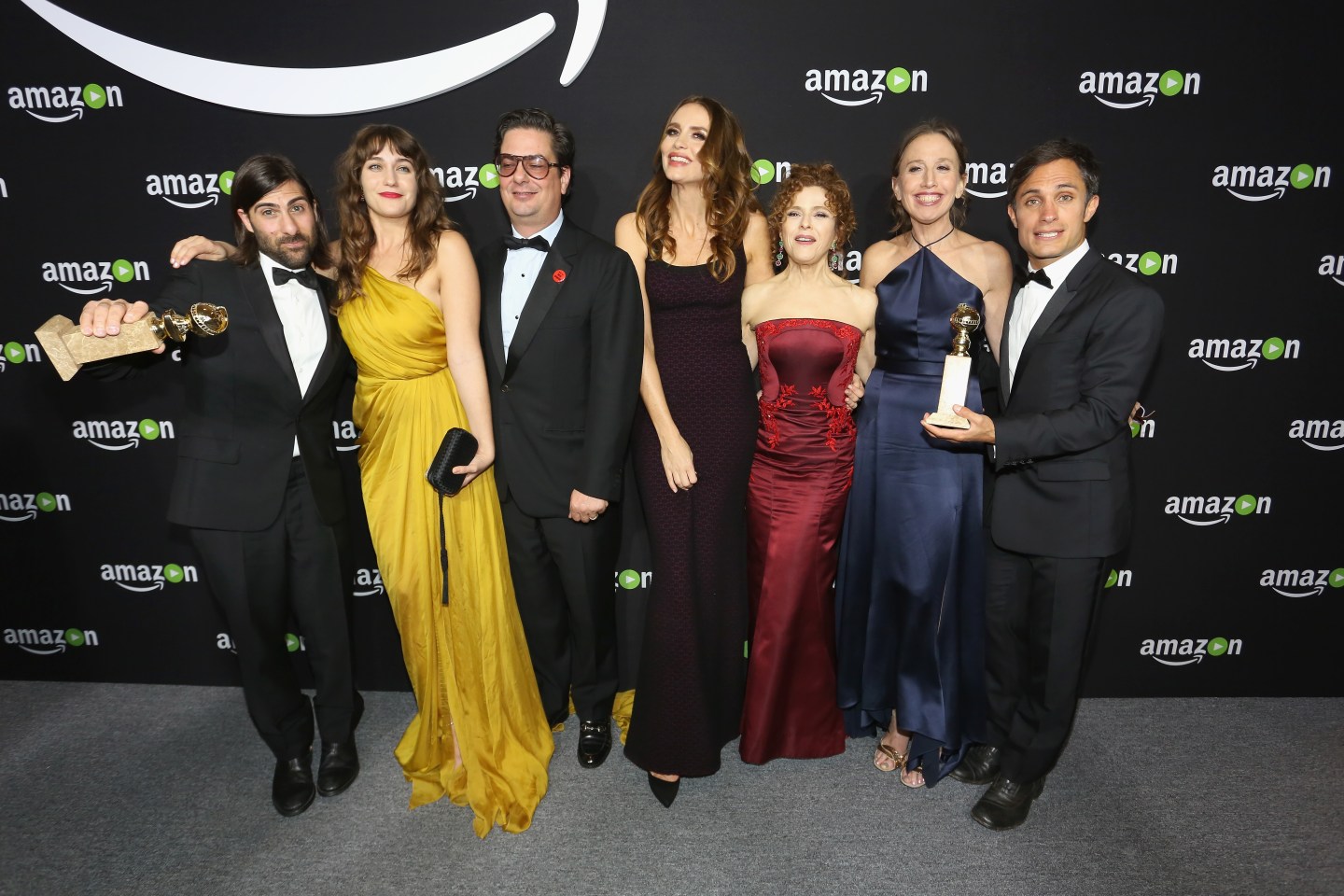 Cast and producers of Amazon Studios' 'Mozart in the Jungle' celebrate after the 73rd Golden Globes.
Photograph by Rachel Murray—Getty Images

These are good times for Roy Price, the head of Amazon Studios, and for streaming video services on the whole.

Price and Amazon (AMZN) got to celebrate another big night at the Golden Globes last week, with a victory lap that included two awards for its original series, Mozart in the Jungle (best series and best actor in the comedy, musical category). Mozart is the newest critical hit to come out of Amazon Studios’ growing stable of original content. The series Transparent also earned Amazon two Golden Globes at last year’s event before going on to win five Emmys in September.

Both series’ awards season successes initially surprised many people, but winning hardware has helped shine a light on the shows and the Amazon Prime Video brand—as well as on Price himself, a former Walt Disney (DIS) executive who launched Amazon Studios in 2010 from the company’s previous Video on Demand unit. “It helps get the message out about the individual shows [and] it helps get the message out about the service as a whole,” Price said in an interview with Fortune, adding that both Mozart and Transparent saw a “significant bump” in viewership after winning awards.

How many viewers, exactly? While researchers like Nielsen report traditional TV viewership numbers, streaming services frequently decline to share their viewing statistics. And just like his competitor, Netflix’s Ted Sarandos, Price is tight-lipped when it comes to specific viewership numbers. One analysis says Amazon Prime could have up to 80 million subscribers internationally, though it’s not clear how many actually watch individual Amazon shows. One study found just 3 million report viewing every episode of Transparent before last year’s Golden Globe win. That is a fraction of the 14 million HBO subscribers reportedly watching every episode of Game of Thrones.

Amazon Prime offers users free two-day shipping and a library of streaming video content for the cost of a $99 annual membership. In an effort to win the battle for subscribers, Amazon—like Netflix and other streaming services—is pumping vast amounts of money into creating original content. There is The Man in the High Castle, now its most-viewed show, and new shows are coming from David E. Kelley (The Practice and Picket Fences) and The Shield‘s Shawn Ryan and the first-ever television series from iconic director Woody Allen.

Amazon’s ambitions keep growing; eventually the company wants to make 16 movies per year and will begin releasing movies “pretty steadily” by the middle of this year, according to Price. Amazon’s first feature film production, Spike Lee’s Chi-Raq, is already in theaters now and set to debut on Prime next month. Meanwhile, the company just nabbed the rights to the drama Complete Unknown, starring Rachel Weisz.

Similar to Netflix and other streaming services, Amazon would seem to have a leg up on most other Hollywood studios in the form of reams of data on its subscribers’ viewing habits online—something Amazon taps into with an annual pilot season for new TV shows that includes user feedback on trial episodes. According to Price, that data helps Amazon Studios determine which genres of entertainment its subscribers most want to watch, but the challenge is still to find new ideas that fit within the general realm of what people want to watch without being a near carbon copy of something they’ve essentially watched over and over again.

“People already have tons of regular TV,” he said. “They don’t need more of that.”

That philosophy has obviously served Amazon well so far in terms of its original series, but now his unit will have to see how well it translates to the world of film and whether it can keep up its winning streak (CEO Jeff Bezos has upped the ante, too, reportedly saying he wants an Oscar next). The online competition is heating up. Another rival, Hulu, picked up its first Golden Globe nomination this year. Netflix also began releasing feature-length films and plans to double the number of original scripted series it debuts in 2016—a year in which the streaming service says it will spend $5 billion on overall content.

As he does with viewership statistics, Price plays his cards close to his chest when comes to spending. He would only comment on how much Amazon Studios is spending by saying that “it’s a significant commitment.” (Amazon did disclose that it spent $1.3 billion on digital video content in 2014.)

Still, one streaming service’s win may also help others, lending credibility to all streaming services as they battle with traditional broadcast and cable networks for viewers and for content. “I do think that probably [Netflix’s] House of Cards and Transparent have kind of elevated the whole idea and positioned it in customers’ minds more prominently and definitely heightened awareness,” Price said. “So, yeah there probably is some synergistic benefit.”

With the myriad television options available to consumers, Price says his goal is to offer viewers TV and film options that stand out in that crowd—and that means continuing to take some creative risks. “If you have no doubts whatsoever about how it will be received, then it’s probably not very new and interesting,” he said.