This New Fiber Can Shock Like an Electric Eel 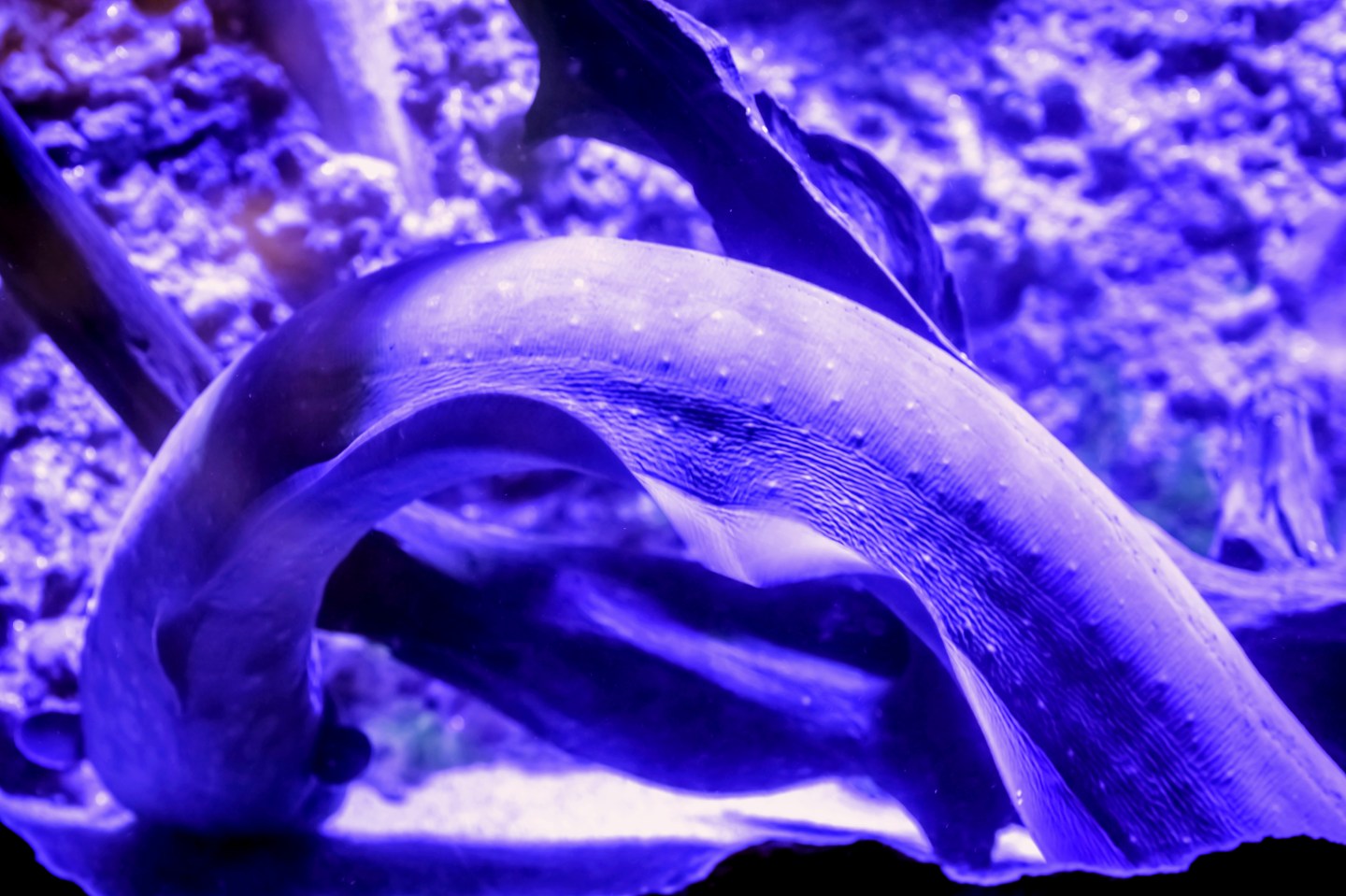 Electric eels may be the most shocking animals on earth, but don’t be too quick to disregard the slimy creatures. Someday their self-defense mechanism may be the basis for a new way to power everything from your headphones to your Fitbit (FIT).

According to research published earlier this month in the journal Advanced Materials, scientists at Fudan University in Shanghai have engineered a new fiber based on an electric eel’s ability to stun almost anything that approaches it. Woven from conductive thread built on microscopic carbon nanotube sheets, this fiber could one day help power human-sized electronic wearables and high-performance solar cells.

But to understand how it works, you first need to know the science behind the eel’s electrical system, which is made up of low-voltage electric plates that are each capable of driving .15 volts of charge. When eels stack thousands of the organ plates in a row, their bodies can produce much higher voltage electric fields.

For instance, the electrically charged abs on a full-size, 6-foot-7-inch long eel can produce up to 600 volts of electricity. That’s the equivalent of five household outlets, and enough voltage to handily stun prey lurking in the muddy waters of the Amazon River basin into submission.

In the Chinese group’s lab tests, researchers used the eel-inspired fibers on a wristband that could power the watch it holds—no battery required. The team also sewed rows of the fibers, which look like gauzy thread, into the body of a T-shirt so that it could light up a string of 50 embedded LEDs.

In these human-sized examples of eel-like electronics, tiny conductive nanotubes were spun onto an elastic fiber that works like the eel plates to make high voltage threads out of tiny, low voltage material. By stretching the fibers nearly 40 feet long, the new material produced up to 1,000 volts of electric current.

Check out the following video on new tech that can help the fitness industry:

For now, the fibers can only store energy, not generate it. So unlike an eel, you’d still have to charge your wearables before slithering around in the new threads. But the tech is just one of a number of new electrically conducting fibers that Fudan professor Huisheng Peng’s lab is developing.

His funders include the Chinese government, General Motors (GM) and spandex company Yantai, which are all investing in how to build smaller and more flexible power that you can sew, wear, and stretch.