Hillary Clinton should have more fun on the trail, says her former campaign manager 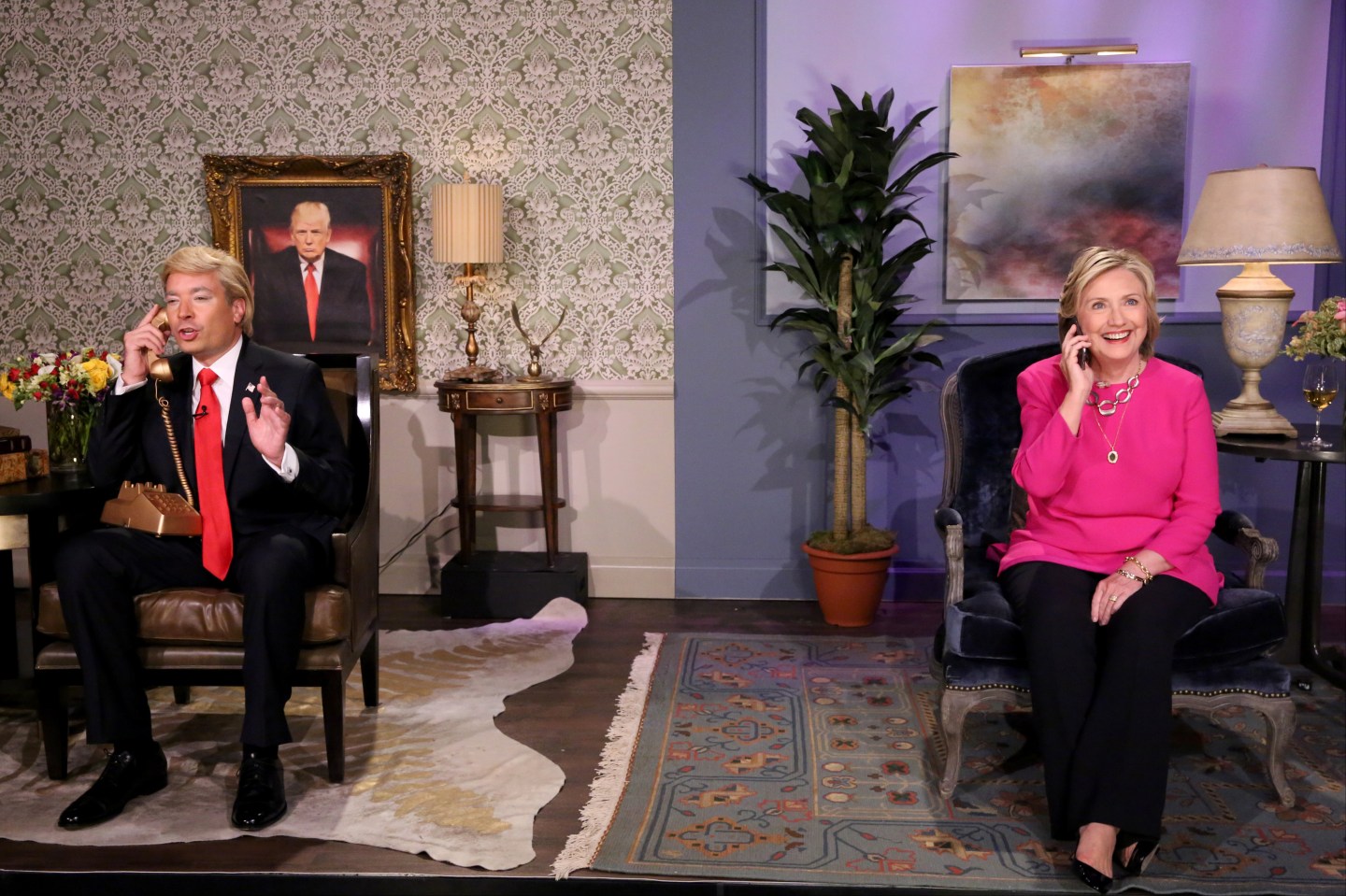 Virginia Gov. Terry McAuliffe, who chaired Hillary Clinton’s 2008 presidential campaign, would like to see the former Secretary of State loosen up a bit on the campaign trail as she makes her second bid.

“I do think it’s actually important,” McAuliffe told Fortune editor Alan Murray on Tuesday at the Brainstorm Tech conference in Austin. “People want to see people having fun at what they’re doing.”

McAuliffe remains an avowed fan of the candidate and her family, with whom he’s been close friends for decades and for whom, by his estimate, he’s raised some $1 billion. But when Murray noted that Clinton looks “miserable” in her public appearances, the Virginia governor was in the middle of taking a sip of water and nearly did a spit take from laughter.

Clinton, McAuliffe said, is “a tremendous amount of fun” in private. “We’re on vacation, it comes 5 o’clock, I’m ready for a beer or a cocktail, I go looking for her,” he said. “I don’t go looking for President Clinton, because she’s a lot more fun to sit around with.”

Clinton has been making a concerted effort over the last few weeks to demonstrate a more approachable side of her personality. McAuliffe implied that Clinton’s gravitas, otherwise a virtue, can get in the way. “She’s very serious on the issues, she’s smarter than hell, she’s tough,” he said.

But he recalled telling Clinton in 2008 she’d had her finest moment when she bellied up to an Indiana bar for a shot and a beer with some local union workers — and McAuliffe volunteered at the time to help her recreate the scene as often as needed.

He predicted, however, that Clinton will win the Iowa caucus, where she’s facing a tougher-than-expected challenge from independent Vermont Sen. Bernie Sanders, on her way to capturing the Democratic nomination and, ultimately, the presidency.

For his part, nearly two years into his term, McAuliffe said he harbors no White House ambitions (though he tried out his Donald Trump impression, saying, “I adore women”). And he talked up the benefits of being a state-level executive, considering the leash he’s got to pursue his economic development agenda. He’s dedicating much of that focus to renewable energy, a sector that he expects to create 300,000 jobs in the state over the course of his tenure, dwarfing the 3,100 remaining jobs in the coal industry.