Ex-CNN anchor: The person who won the debate isn’t even alive 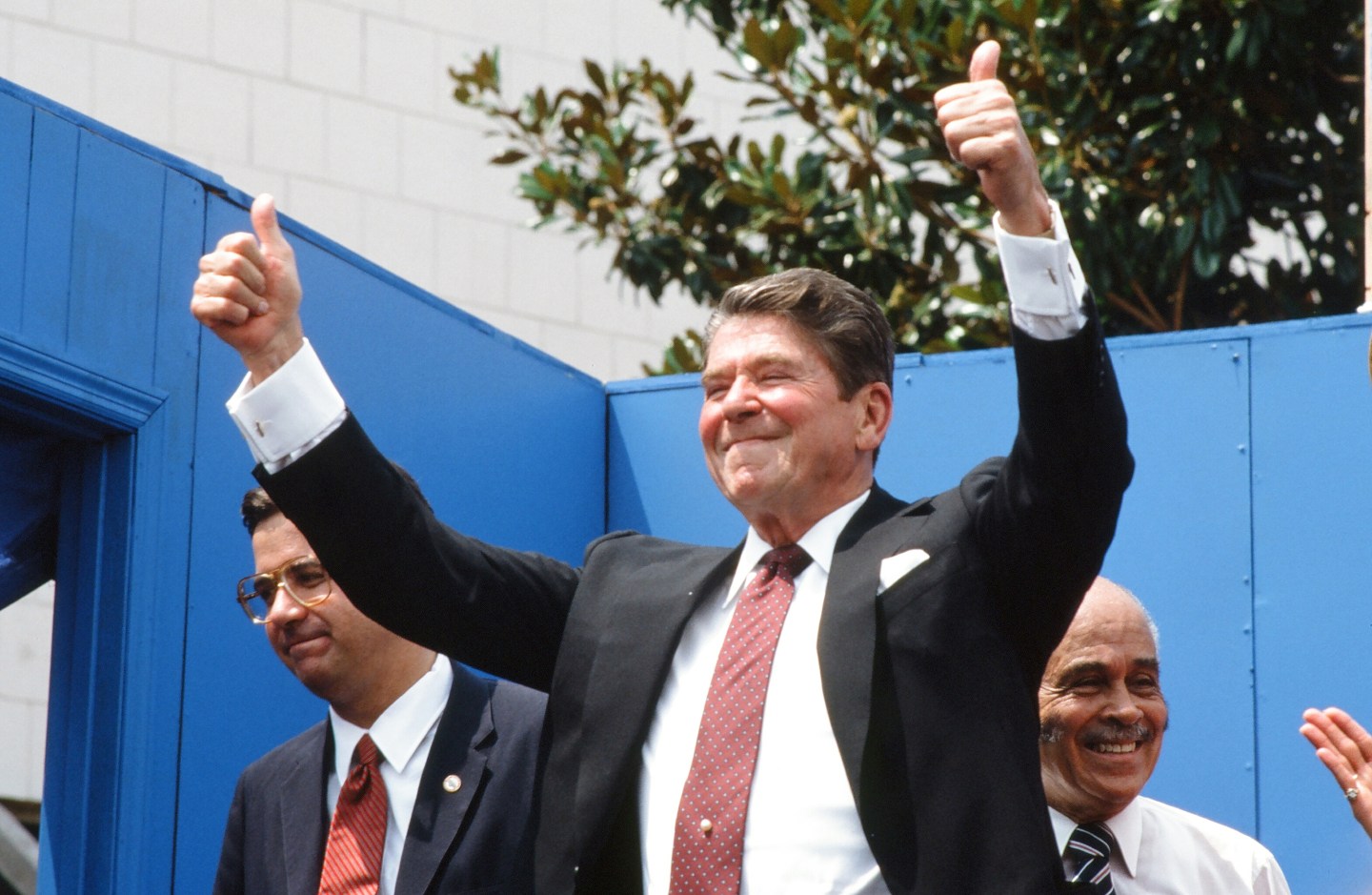 The person who really dominated the Republican debate wasn’t even there. In fact, he died 11 years ago.

Ronald Reagan set the agenda, framed the issues and animated the candidates. His declarations about smaller government, lower taxes, a tougher military and America as the “shining city on a hill” echoed throughout the evening. And as always he owned the visuals. It was his venue—the Reagan Library—and his backdrop, Air Force One.

Reagan would have found moments to like in each of the candidate’s remarks. There was plenty on government waste and abuse, the hollowed out military, the wobbly, weak democrats who got us here. He would have relished the commitment to tax cuts from Rand Paul, Chris Christie, Donald Trump and others. He would have appreciated the tough talk on American power from Jeb Bush and Ted Cruz. He would have loved the American dream stories from Marco Rubio and Ben Carson. But it would have been Carly Fiorina who would have resonated most with the Gipper. He might have seen in her an American Margaret Thatcher—his conservative soul-mate—a tough, outspoken, unbending, unapologetic woman who cared more about being feared than being liked.

Fiorina had a breakthrough night. She brought a defiant confidence and clarity to her performance. She began the evening with a Reagan-esque life story, talking about how she went from secretary to CEO, “only possible in this nation,” and how her husband drove a tow-truck. She said she was ready “to lead resurgence of this great nation.” It was her version of bootstrap optimism that Reagan sold so well.

She took on front-runner Donald Trump and overshadowed him. Sometimes she was direct, chiding him, despite his protests, about filing for bankruptcy four times. At other times, she was deft, refusing to take the bait about whether Trump would be “dangerous” with his finger on the nuclear trigger. “All of us will be revealed over time and under pressure,” she said. She made him look small when asked to respond to a Rolling Stone article that quoted Trump insulting Fiorina when he said, “Look at that face! Would anyone vote for that?” Staring straight into the camera, knowing millions were watching, Fiorina responded, “I think women all over this country heard very clearly what Mr. Trump said.” It was a zinger that exploded into loud applause from the audience and prompted a rare and defensive retreat from Trump. “I think she’s got a beautiful face and is a beautiful woman.” The ice lady had struck.

When Trump attacked her tenure as CEO of HP (HPQ), saying it was a disaster and her decisions “led to the destruction of the company,” she pushed back forcefully. She took risks, she said, made tough decisions, and faced a “technology recession” that put others out of business. She only told half the story—her half—but she stood her ground and tried to turn her biggest liability into an asset.

Fiorina showed off her knowledge and offered some of the most specific policy prescriptions of the night. Addressing the need to rebuild America’s military—one of Reagan’s most persistent and most effective themes—she declared that America needed “about 50 Army brigades…36 Marine battalions…between 300 and 350 naval ships, we need to upgrade every leg of the nuclear triad.” It may have been scripted but it worked. She sounded tough, informed and smart.

Fiorina played to the smoldering resentment about government. Addressing the reason outsiders are dominating the conversation and the polls so far this campaign season, she rattled off numbers like she was reading a corporate spreadsheet. “The truth is 75% of the American people think the government is corrupt; 82% of the American people think these problems that have festered for 50 years in some cases, 25 years in other cases. The border’s been insecure for 25 years; 307,000 veterans have died waiting for health care. These things have gone on for so long because no one will challenge the status quo.”

She didn’t cite her sources or say how she’d change the status quo, but she played powerfully to the party’s base and the country’s mood.

Her most poignant moment was at the end of a conversation about the legalization of marijuana. “I very much hope I am the only person on this stage who can say this,” she told the hushed room, “My husband Frank and I buried a child to drug addiction.” She went on to say smoking marijuana is not like drinking a beer and “we need to tell young people the truth” that drug addiction is an epidemic. “I know this sadly from personal experience.”

In the home of Reagan, where Nancy’s “Just Say No to Drugs” campaign gets its own web page, Fiorina was resonant, poignant and personal.

Carly Fiorina is not Ronald Reagan. And she’s not Margaret Thatcher. Both had far more experience in government and success as leaders when they ran for the top job. But in last night’s debate, Fiorina projected the kind of strength, confidence and clarity that would have drawn their attention and their respect.

Surrounded by familiar men on a crowded stage, Carly Fiorina stood tall and stood out.

Frank Sesno is Director of George Washington University’s School of Media and Public Affairs. He was CNN Washington Bureau chief from 1995-2001 and White House Correspondent during the presidencies of Ronald Reagan and George H.W. Bush.