These could be the next states to legalize marijuana 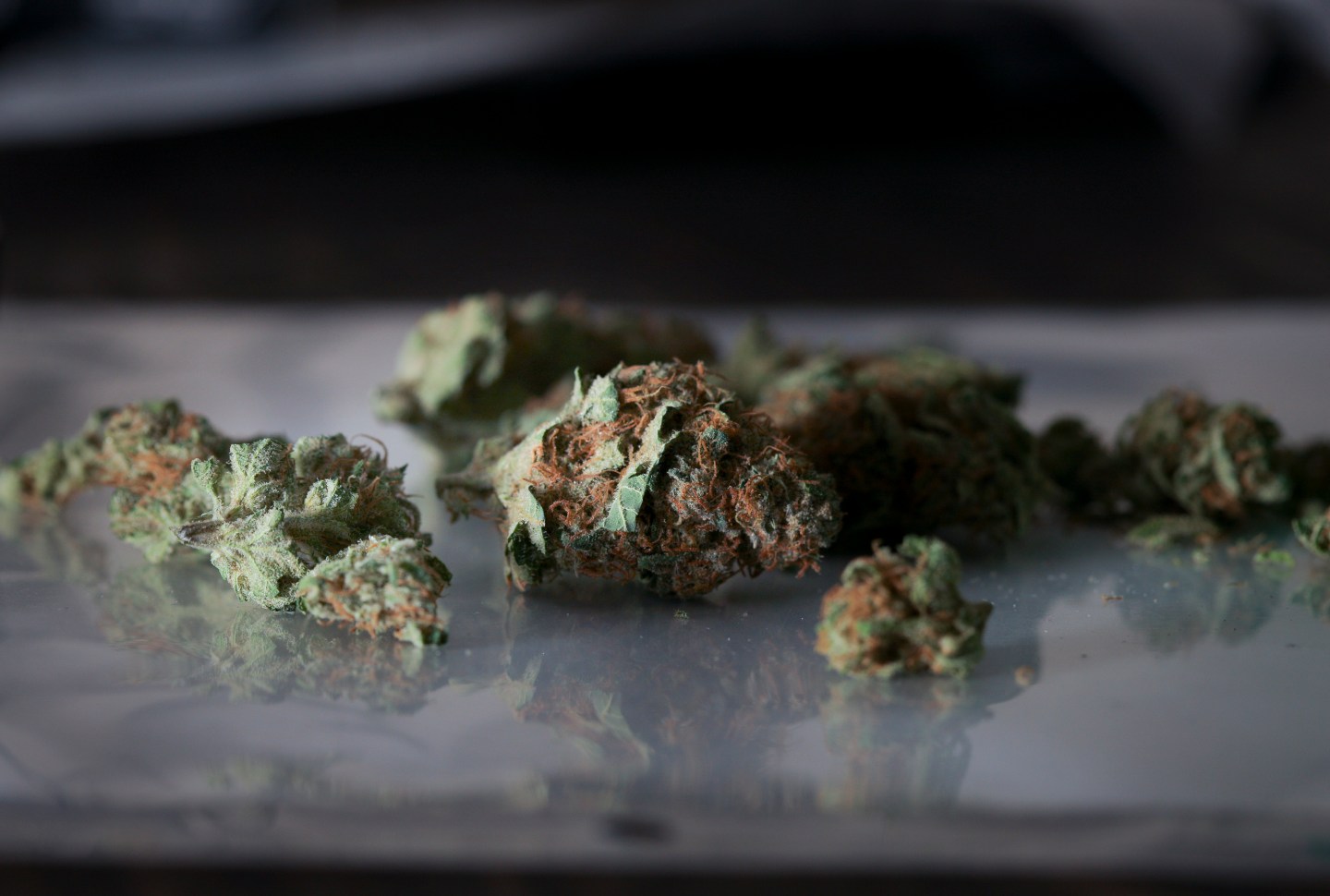 Marijuana inside the Evergreen Apothecary in Denver, Colorado, U.S., on Thursday, Jan. 9, 2014. Colorado legalized the commercial production, sale, and recreational use of marijuana.
Photograph by Bloomberg via Getty Images

If you’ve been watching with jealousy as citizens of Alaska, Colorado, Oregon, Washington, and Washington, D.C., smoke legal marijuana, you might soon be in luck. The finance blog 24/7 Wall St. has a plausible theory as to which states are most likely to legalize the plant next.

The likely candidates are those states where medical marijuana is legal and possession of a small amount of marijuana does not carry a prison sentence. There are 11 states that currently meet that criteria: California, Connecticut, Delaware, Maine, Maryland, Massachusetts, Minnesota, Nevada, New York, Rhode Island, and Vermont.

In most of those states, 24/7 Wall St. reports, polls have shown that more than half of the residents support a form of legalization. They also already use it: nine of these states over-index for marijuana users, with a rate that is higher than the national average, which is 12.3% of Americans aged 12 and older.

If those 11 states were to legalize, it would bring the total count to 15, plus our nation’s capital. For many Americans, that high total would sow the seeds of real momentum indeed.