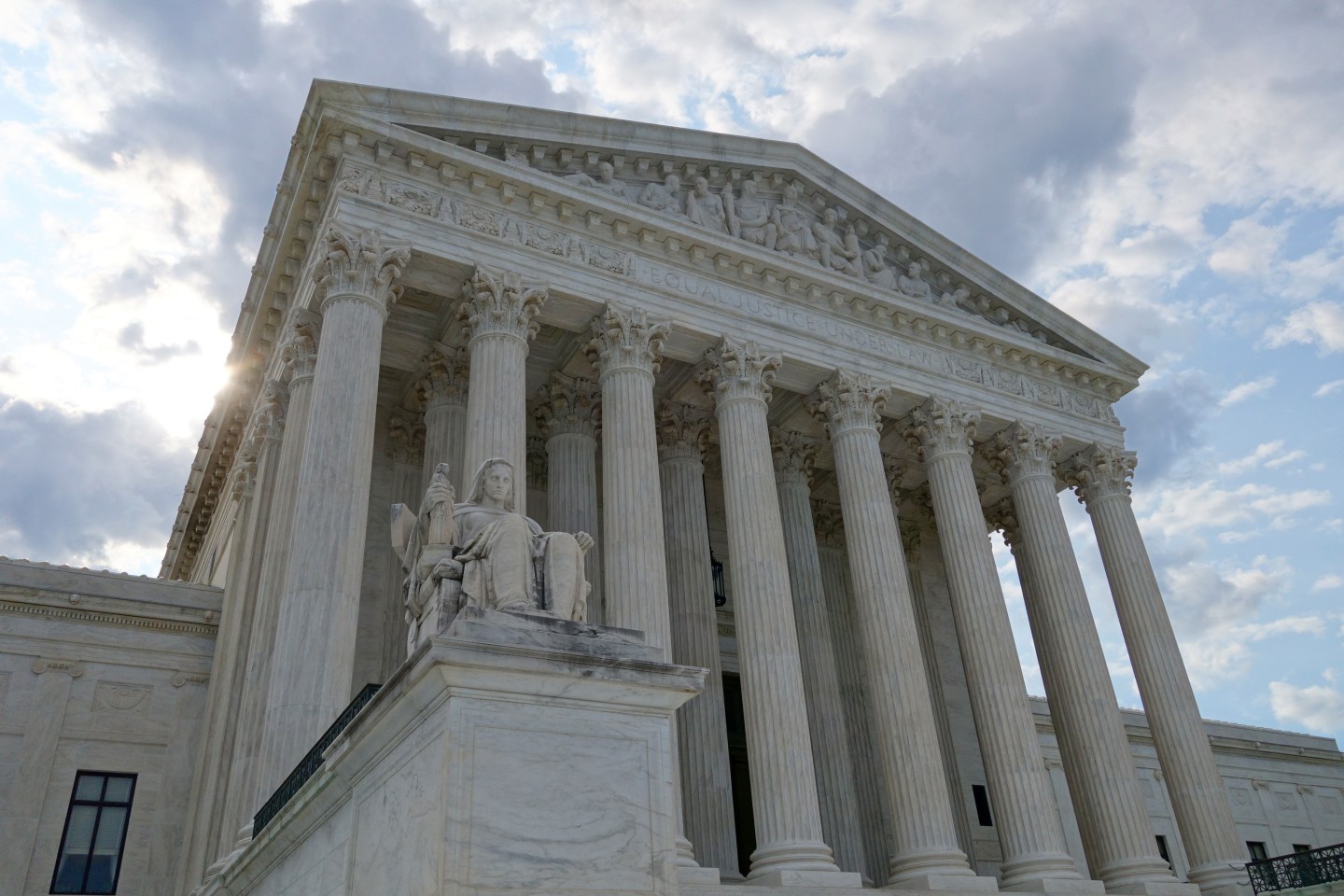 In more and more industries, you need a license to do a job. Everything from taxi cabs to nail salons require permission from an industry board to operate. This raises an age-old question: Are these boards out to protect the public, or are they mainly a tool for established players to keep out competitors?

Newer companies typically believe it’s the latter. They see the regulation game as rigged against them and, in the case of car-hire services like Uber, (which is still shut out from places spanning from St. Louis to Broward County, Florida), they likely have a point. Now, thanks to the Supreme Court and a recent state initiative, startups could have a new way to push back.

The Supreme Court weighed in on the matter in a closely-watched case earlier this year about North Carolina dentists, who had used the licensing process to squelch shops that offered cosmetic teeth-whitening operations. The court’s February decision, which went against the dentists, is now poised to have ripple effects in other industries, including the tech sector.

According to Ted Ullyot, a former general counsel at Facebook who now advises startups at the venture capital firm Andreessen Horowitz, the Supreme Court case is a game-changer.

“[The dental case] is an important weapon for any startup that encounters, or is threatened with, regulation by a state/local board controlled or captured by incumbents,” said Ullyot be email. “Regulatory boards that are controlled or captured by incumbents should think long and hard before imposing rules that are protectionist or anti-competitive.”

It’s not hard to think of industries where the Supreme Court case could figure in a clash between startups and would-be regulators.

Ullyot cited sectors like urban transportation and accommodation, where city taxi and hotel commissions have mounted pitched legal battles, based on regulations, to drive out and otherwise stymie the likes of Uber, Lyft, Instacart and Airbnb (Andreessen Horowitz is an investor in the latter three). Now, those companies may be able to use the Supreme Court ruling to strike back.

The ruling, though, doesn’t take aim at regulations themselves. Instead, the Supreme Court focused on who can do the regulating. Specifically, the justices, in a 6-3 opinion written by Justice Anthony Kennedy, objected to situations where “market participants” – for instance, dentists or taxi cab owners – are running the state boards overseeing their own industry. In the North Carolina case, the board came into the legal cross-hairs because six of its eight members had to be dentists elected by other dentists.

Nor does the ruling mean the end of dental boards, taxi commissions and so on. Instead, it just means that such boards can no longer invoke states’ immunity if someone wants to sue them under antitrust law. In the North Carolina case, for instance, the Federal Trade Commission wanted to bring legal action to show the dentists were engaging in anticompetitive practices to keep out the tooth-whitening operations. In response, the dentists invoked the long-running immunity doctrine, which lets states engage in certain types of anticompetitive activity so long as government officials actively supervise it.

The Supreme Court, however, knocked out the immunity in this case after finding that the North Carolina Board of Dental Examiners, which went after the teeth-whitening clinics, was not supervised. Since then, at least one state is treating the Supreme Court ruling as a major event.

In Oklahoma, Attorney General Scott Pruitt sent out letters warning that hundreds of boards and commissions across the state could be subject to legal challenges on antitrust grounds. In late July, Oklahoma governor Mary Fallin followed up with an executive order granting Pruitt more power to oversee them. Now, any board controlled by members of a profession will have to get approval if they want to change how licenses are issued.

The Oklahoma actions suggest a sea change could be afoot, but other lawyers are less confident the Supreme Court ruling will have a major impact in the tech industry or any another sector.

“It’s certainly possible because it treats with greater suspicion those local agencies that are dominated by local incumbents,” said Maurice Stucke, who teaches antitrust law at the University of Tennessee. Stucke pointed out, however, that for a company like Uber to challenge a taxi commission, it would not only to have to show that the board was controlled by industry insiders. It would also have to show that the commission was engaged in anti-competitive activity, and not simply trying regulate for the public good.

Ullyot, the lawyer who advises startups, acknowledges that the Supreme Court ruling on its own may not help every would-be challenger. “This is very fact-specific. It depends on the makeup of the board and whether the board is adequately supervised by state officials to ensure it doesn’t act in anticompetitive ways.”

There’s also the question of how many startups have the means to undertake a legal challenge that could amount to fighting city hall. While Uber, awash in venture capital dollars, can hire all the lawyers it wishes, other companies may not be able to confront regulatory boards – even if antitrust forces are afoot.

Ullyot, however, notes that startups do not have to bring the legal challenges themselves, but can call in an authority like the Federal Trade Commission, which is the agency that fought on behalf of the teeth whitening shops. Just as important, he says, is the larger message the Supreme Court case sent to government bodies of all sorts, a message that may dissuade them from trying to impose onerous regulations in the first place.