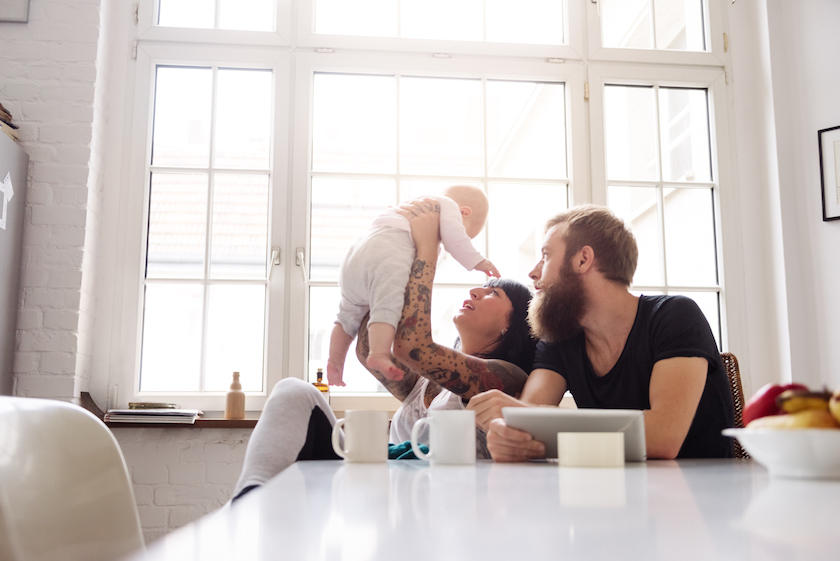 Netflix and Microsoft both recently announced expanded parental leave policies, allowing their employees to take up to a year of maternity or paternity leave following the addition of a new child. That’s a generous paid-leave policy, even among peers that have aggressively implemented ever-more progressive parental policies over the past several years.

However, that doesn’t mean that those cushy new baby benefits extend across the tech landscape. Those benefits are really only a trademark of the big guys—the Facebooks, Apples, Googles and Yahoos of Silicon Valley.

Many tech companies lag behind — especially startups. A 2014 study by ad startup PaperG found that only a third of companies that are three years old or younger have a parental leave policy at all.

Of the 97 tech companies ranging from seed stage to post-IPO that were polled, one-quarter offered less than a month of paid leave for new mothers.

This isn’t to say these startups are against a parental leave policy. Given their younger and often more male-heavy workforce, many of them probably haven’t had to deal with the issue yet — nor do they necessarily have the human resources infrastructure in place to manage such a plan.

More pointedly, there isn’t a legal mandate to offer parental leave. The U.S. is one of only a handful of countries that don’t require companies to offer some form of paid maternity leave. That puts it in league with the likes of Liberia, Sierra Leone and Papua New Guinea.

Due to the 1993 Family and Medical Leave Act (FMLA), American employers are required to allow workers to take up to 12 weeks off of work — but it’s unpaid leave that applies to anything from parental leave to taking care of a sick parent.

Only 11% of U.S. private sector workers have access to paid parental leave, according to the Bureau of Labor Statistics. Meanwhile, the FMLA counts so many exceptions that it essentially doesn’t apply to about 40% of workers. As one woman pointed out in a story for Fortune, for example, the FMLA doesn’t apply to companies with 50 or fewer employees. That would include many early-stage startups.

Textio CEO and co-founder Kieran Snyder once talked with 716 women who left the tech industry to find out what made them leave. Over two-thirds cited motherhood as a factor, and over 10% specifically cited poor or nonexistent maternity leave policies as a major factor in their decision. As the tech world pushes for greater diversity, parental leave policies are going to become a central issue. To retain top-performing talent, companies will need to establish parental leave policies that allow women and men alike to balance the demands of newborn (or newly adopted) children with their careers.