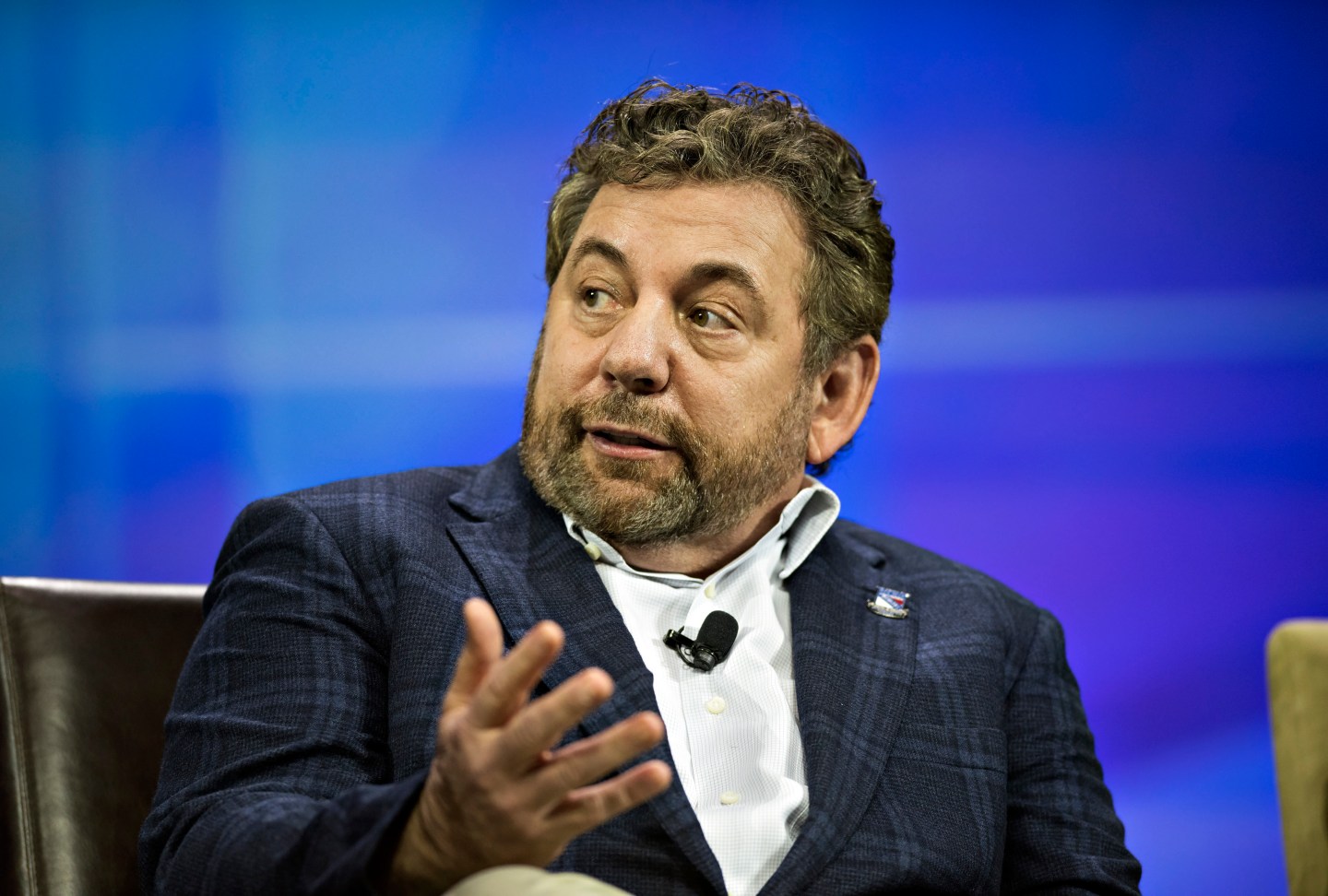 James "Jim" Dolan, president and chief executive officer of Cablevision Systems Corp., speaks at INTX: The Internet & Television Expo in Chicago, Illinois, U.S., on Wednesday, May 6, 2015. The event, formerly known as the The Cable Show, has been the reimagined for doing business in the digital economy by the National Cable and Telecommunications Association (NCTA). Photographer: Daniel Acker/Bloomberg *** Local Caption *** Jim Dolan
Photograph by Daniel Acker — Bloomberg via Getty Images

The CEO of Cablevision Systems expects the number of people in the U.S. who pay for the traditional cable bundle to drop by as much as 25% over the next five years, according to The Wall Street Journal.

James Dolan, Cablevision’s (CVC) chief executive, said on Tuesday that the major decline in large, bundled channel subscriptions will come as more and more customers either opt for smaller bundled options or cut the cord altogether in favor of an ever-expanding selection of online video options.

Speaking to an audience of telecom industry investors at an event hosted by investment firm Guggenheim Partners, Dolan said the subscriber shift will likely hurt large media companies that rely on broadcast fees based on the number of cable customers paying for their television networks. Meanwhile, Dolan added, cable operators like his own company could end up charging more for broadband Internet to offset the decline in traditional cable customers.

A number of media companies have already jumped on the cord-cutting train by offering paid online subscription services such as Time Warner’s (TWX) HBO Now. (Cablevision was the first pay-TV provider to offer HBO Now to its Internet customers, in March.) CBS Corporation (CBS) is another early adopter, offering subscription streaming access to its broadcast network’s programming last fall, while the company’s premium Showtime network will offer its own “OTT” (over-the-top) product starting next month.

Meanwhile, cable companies such as Cablevision, Verizon (VZ), and Dish Network (DISH) with Sling TV, have attempted to slow the mass exodus of cable customers by devising slimmed-down cable TV bundles that offer a smaller selection of channels at a lower price than the traditional bundle.

Cablevision’s Dolan added on Tuesday that cable operators will likely need to focus on improving their broadband and wireless offerings. His own company recently launched a Wi-Fi only smartphone service that costs $10 per month.
[fortune-brightcove videoid=4194776029001]