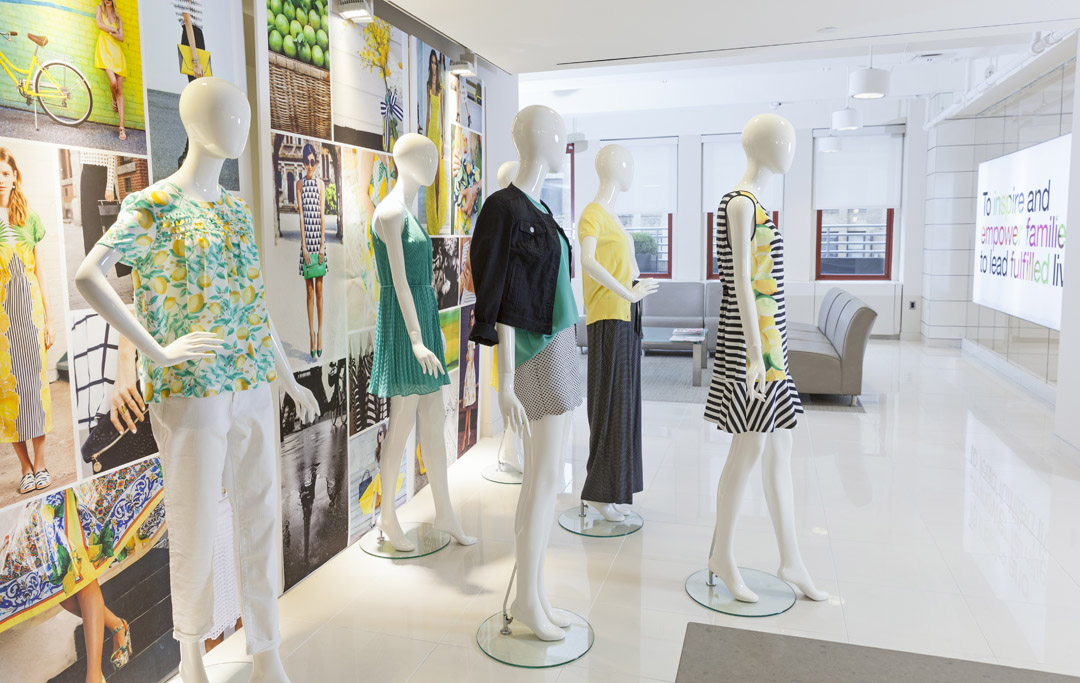 On the 20th floor of a building in the heart of New York’s bustling fashion district, Kohl’s (KSS) head of product development at its design office there, Arthur Lewis, is making the rounds, checking in on the teams working on the fall collections for some of its top brands, including Jennifer Lopez, Simply Vera Vera Wang, and LC Lauren Conrad.

Lewis, who came to Kohl’s about two years ago after stints in senior merchandising roles at HSN (HSNI) and Gap Inc’s (GPS) Old Navy, is on a mission with his 160-member team: re-energize Kohl’s operation in the fashion world’s capital to help feed the department store chain’s nascent return to form.

After a few choppy years with uneven sales performances caused in part by fashion missteps, Kohl’s has some wind back in its sails, reporting a 3.7% rise for the holiday quarter. But it is a fragile recovery: sales-per-square foot, a key retail metric, are still well off levels of a few years ago.

A lot of Kohl’s strong holiday season had to with a revamped loyalty program and the rollout of new beauty sections at hundreds of stores. But CEO Kevin Mansell admitted in February that Kohl’s apparel sales, particularly women’s, could be better. With clothing generating 63% of revenue last year, Kohl’s renaissance has a lot riding on its apparel efforts, which is why the New York office’s role is key. (Kohl’s has its main design office at its headquarters near Milwaukee, where top private brands such as its denim-heavy Sonoma collection are managed. All told, Kohl’s private and exclusive brands generate just about half of its revenue.)

“I’m not sure people have walked into the store and seen great differentiation between each of our brands,” Lewis said as he gave Fortune a tour of the design office last week. Some of the assortments need to be more fashion forward, while some simply must meet that everyday wear need, he added.

Kohl’s is a quintessential Midwestern retailer, winning over tens of millions of customers over the years with sensible, affordable quality clothing and housewares, good customer service and well laid-out stores. It has enjoyed breathtaking growth in the last couple of decades in particular, going from 79 stores in 1992 to about 1,164 now. With little store expansion expected, the retailer is more reliant than ever on having the best merchandise it can.

In the realm of fashion, Kohl’s has always been up against formidable rivals, including direct competitors like J.C. Penney (JCP) or Macy’s, with their decades-old, hugely popular brands such as St. John’s Bay and I.N.C., respectively. In part to meet that challenge, Kohl’s first opened the New York office eight years ago to be closer to the heart of the fashion industry. Initially, it was a modest operation, 23,000 square feet in size. Now, after a couple of expansions and a move, it is 100,000 square feet spread over four floors, and oversees design and development for 13 brands.

One of Lewis’ biggest goals has been to make Kohl’s a preferred destination for design talent in New York. In the last few years, Kohl’s has poached talent from rivals from Macy’s to Levi Strauss to L Brands’ (LB) Victoria Secret. And Kohl’s has even shown during Fashion Week. It’s not that Kohl’s has not been a fashion retailer all these years, but the competition is so stiff, it has had to up its game.

“Igniting the spark in people was something that was really fun,” said Lewis, a transplanted New Orleanian, on the tour that included showing off a 3D printer that makes prototypes of the forks Kohl’s will sell in its Food Network kitchenwares collections. “There was nothing but white space to try to do things differently.” In the last few years, Kohl’s has redoubled its efforts to spruce up its exclusive and private brands. It launched the Lopez collection nearly four years ago (the singer meets with Kohl’s designers every six weeks), and introduced the runaway hit line with star designer Vera Wang, a regular visitor at Kohl’s New York office, in 2007. (When Fortune visited, a team was creating an assortment for the holiday period based on prints Wang sent.) Another big new addition has been the launch of Juicy Couture.

While the company is tweaking its balance between Kohl’s-only brands and national brands (last quarter, Nike (NKE) sales at Kohl’s rose 24% thanks to the retailer re-emphasizing that brand) back in favor of national labels, that doesn’t make its own brands any less important.

On the contrary, better product is the first plank in Kohl’s so-called Greatness Agenda, a roadmap Mansell and his top executives unveiled last year to make sure Kohl’s doesn’t fall behind again. “This is about being bold, about picking up the pace,” said Michelle Gass, a long time senior Starbucks (SBUX) executive Mansell recruited 18 months ago to oversee customer engagement and e-commerce, among other roles.

But one thing is key- in being bold, Kohl’s has to be careful not to stray too far from what its core shopper wants, and stay in what Lewis calls “our great casual-essential lane” especially as everyone from Penney to Target and even Wal-Mart Stores (WMT) is getting more aggressive about clothes.

“At end of day, Kohl’s is about apparel,” said Edward Jones analyst Brian Yarbrough. “They’ve got to get it right if they want to drive sales growth.”
[fortune-brightcove videoid=4170829703001]