Wal-Mart, Target have raised their minimum wage. Why not fast-food chains? 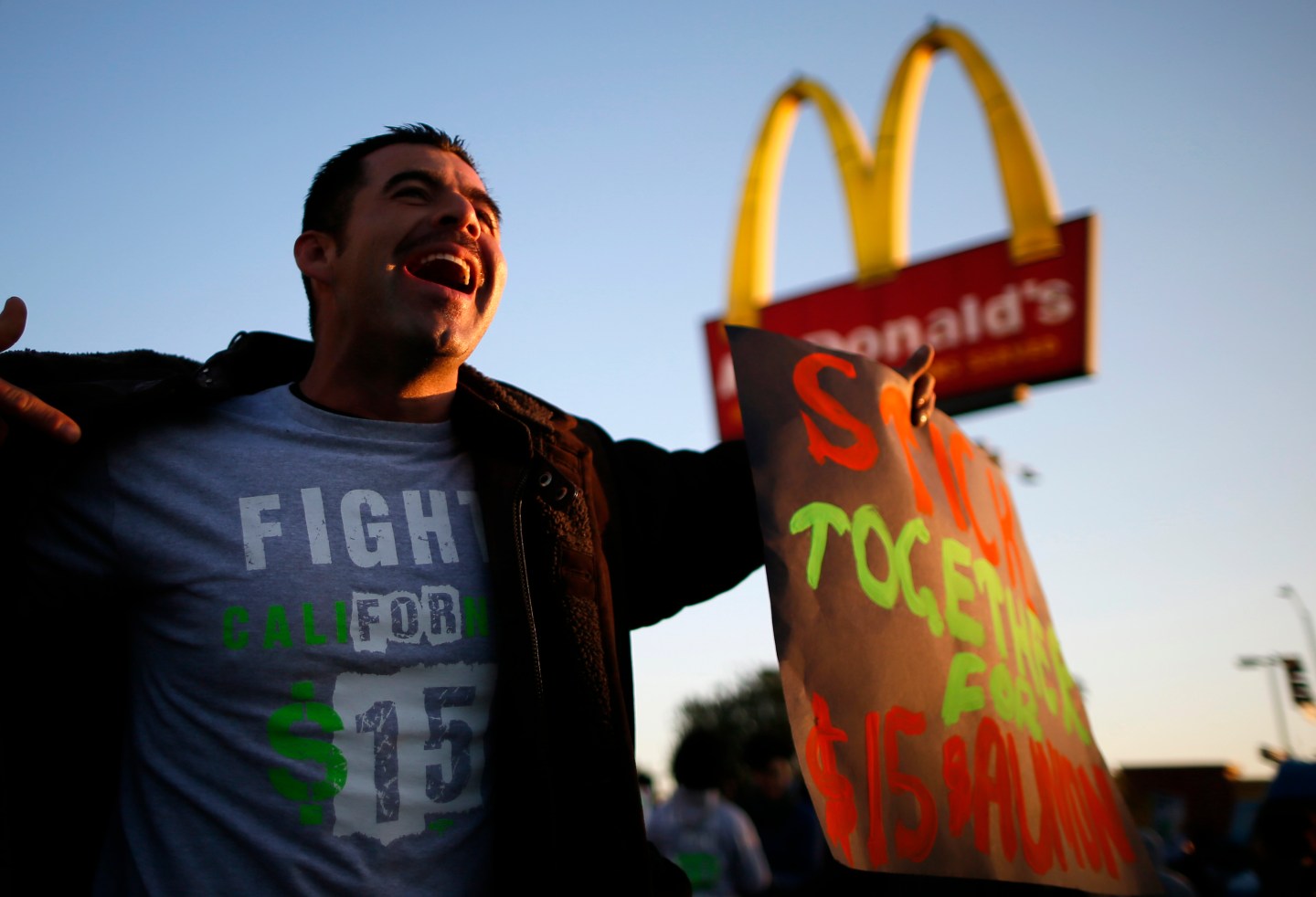 Last week, Target announced that it would increase pay for all its workers to at least $9 per hour starting in April. That announcement comes on the heels of one made by Wal-Mart last month and after similar moves by TJX—parent company of T.J. Maxx, Marshalls, and Home Goods—Gap Inc., and Ikea.

While retailers should be commended for paying workers more, the pile-on has brought attention to a key group of low-wage employers that have been noticeably absent from the discussion. Traditional fast-food restaurants haven’t made a peep.

That’s not to say fast-food employers have been free of pressure from their workers and the public to bump up wages. The so-called Fight for 15 campaign has repeatedly hounded fast-food chains—most notably, McDonald’s—for their low pay, erratic hours, and most recently poor workplace safety.

While worker advocates will tell you there’s no excuse for the fast-food giants’ wage policies, a few facts help explain why retailers have been able to move faster on the issue.

Hourly jobs in both the retail and food service sectors are certainly on the low end of the wage scale—retail sales workers make a median hourly pay of $10.29; food prep workers earn $9.28—but when you take into account how many individuals in each industry earn the federal minimum wage, food service workers have it worse. According to a report released in March 2014 by the Bureau of Labor Statistics, 4.3% of the hourly workers in the retail trade earned the federal minimum wage of $7.25 per hour or less (there are exceptions that allow employers to pay below the federal rate). Compare that to the leisure and hospitality sector, which includes employees who work in food and accommodation services. There, 19% of hourly workers are paid $7.25 an hour or less.

Put a different way, there are 477,000 workers in sales and related occupations whose pay is at or below the minimum wage, according to the BLS; in food preparation and serving-related occupations, there are 1,540,000 such people, even though the sales sector has 700,000 more hourly workers. When Wal-Mart made its wage hike announcement, this trend was put on display. The retail giant disclosed that 6,000—or less than 1%—of its 1.3 million domestic employees received the federal minimum wage.

In theory, retail stores also have an easier time raising wages because their labor costs—when compared to overall sales—are lower than at fast-food restaurants. In retail, labor costs represent 9% of total sales. In the more labor-intensive accommodation and food services sector, payroll costs account for 28% of sales.

“Generally speaking, if Target or Wal-Mart raises [wages] to $9 or $10, the labor cost increase that it entails is smaller than if McDonald’s or Burger King did the same,” says Arindrajit Dube, an associate professor of economics at University of Massachusetts Amherst. Those labor costs figures also mean that retailers can more easily pass wage increases along to customers if they wish, since worker pay represents a smaller portion of all goods sold.

Despite these factors, Dube expects the retailers’ recent wage increases to put pressure on fast-food chains to follow suit, the same way Wal-Mart’s pay increase prompted Target to make a change (even after Target Chief Financial Officer John Mulligan said in February that rivals’ wage raises wouldn’t sway the company to make similar changes.) “They’re all competing for the same workers,” Dube says. “There’s lots of crossover between employees in the bottom end of retail and restaurants.”