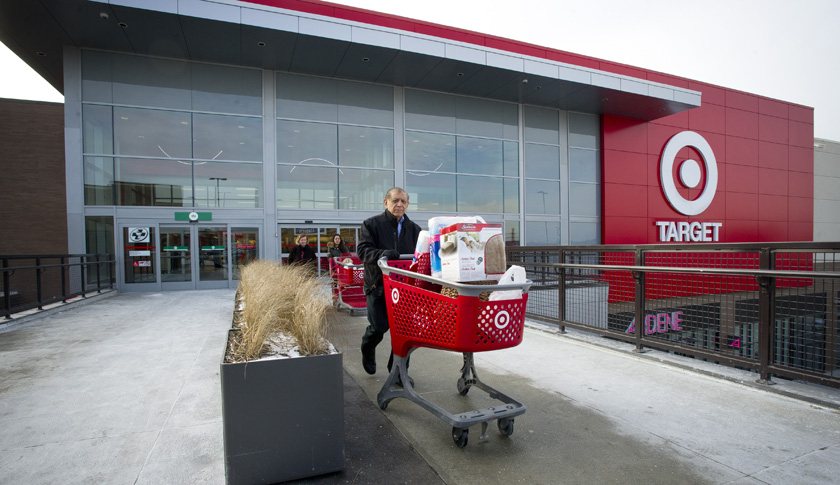 Target is set to raise the starting salary of its workers to $9 an hour starting next month, following a similar move by rival Wal-Mart Stores (WMT) in what is one of the tightest labor markets in years.

Wal-Mart, which employes 1.3 million Americans said last month that it would raise the starting salary of its workers to $9 an hour in April, and $10 sometime in 2016, a move that would benefit about 500,000 workers. (Target employs about 347,000 people.) TJX Cos , the owner of the T.J. Maxx and Marshalls discount chains, followed suit soon after by saying it would raise its base wage to $9 an hour in June and to $10 next year.

These raises reflect a scarcer supply of workers and growing competition for them. Unemployment last month fell to 5.5%, its lowest level in nearly seven years.

“We make sure we’re competitive in every marketplace in which we do business,” Molly Snyder, a Target spokeswoman, told Fortune. “As part of that, we regularly and continually evaluate the marketplace to make sure our wages are competitive.”

Earlier this month, when Target CEO Brian Cornell and his executive team met with Wall Street analysts and reporters to lay out the discount chain’s multi-year growth plan, he dismissed the idea of an across-the-board pay increase for Target workers countrywide, saying such decisions were made on a market-by-market basis. While he did say that Target (TGT) was set to raise wages in stores, he pointed out that the retailer does so every year as a matter of course, depending on market demands. CFO John Mulligan told analysts earlier this month that any wage increase would not have a material impact on its financial results. Target has previously said that it pays more than the $7.25 federal minimum wage at all of its 1,800 stores.

“We will increase wages in 2015, market by market,” Cornell, who was the subject of a Fortune cover story this month, said on March 3. “We will make sure we have increases, as we normally do.”