The best science-backed alarm tones to promote alertness, according to experts 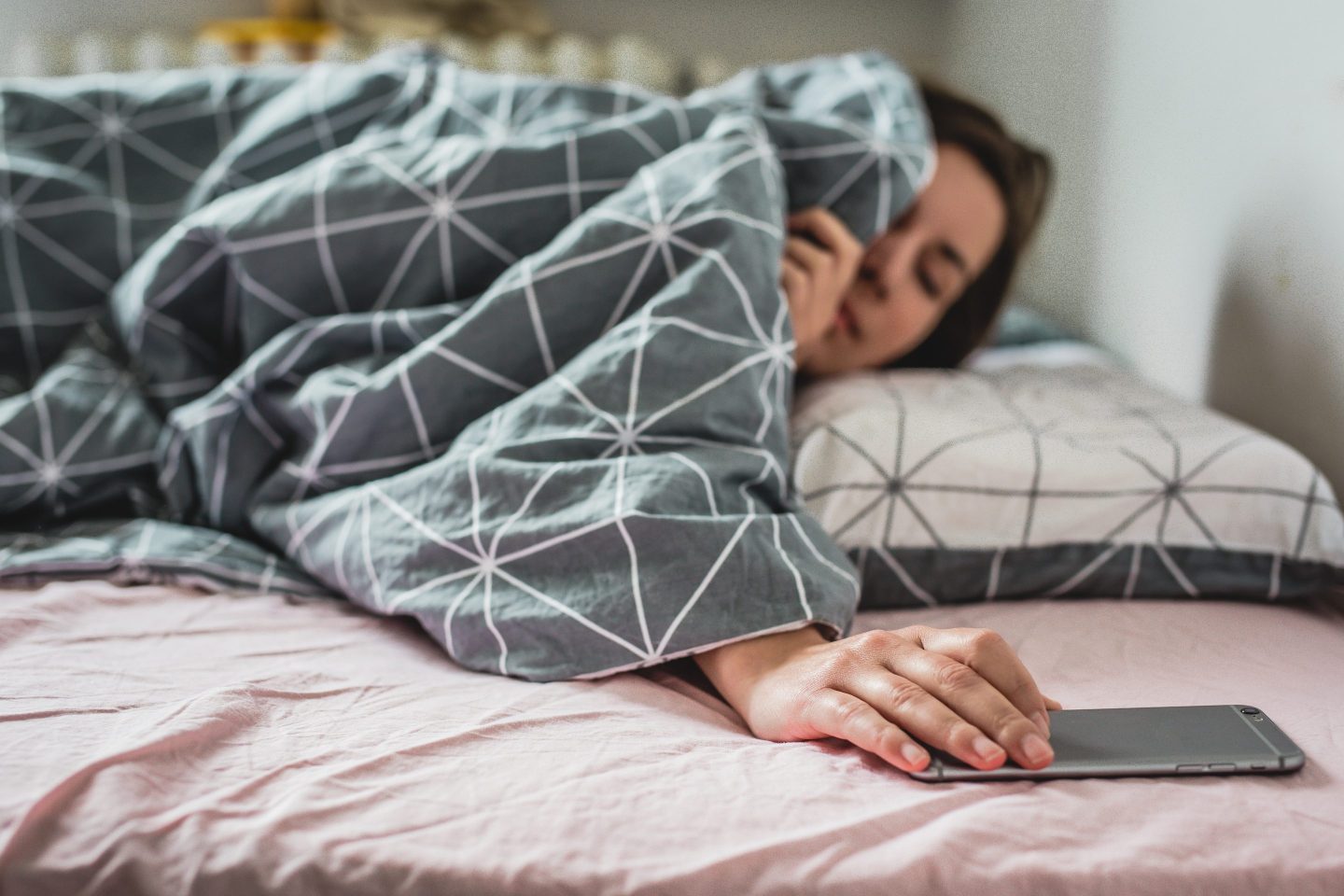 Choosing a progressively loud song or tune you enjoy as your alarm may help promote alertness.
BlackCAT—Getty Images

I always wake up to the sound on my iPhone titled Classic under alarm tones. I thought this must be the most effective and maybe most common way to wake up: a startlingly loud sound that blares one tone after the other, making me think there is an emergency. Perfect, right? I never thought about how what I hear may set the tone of my day, but experts now have me second-guessing the Classic.

It’s becoming increasingly clear that feeling alert and productive for the day is not only about falling and staying asleep. It’s important to consider how you wake up, says Dr. James Giordano, professor of neurology and biochemistry at Georgetown University Medical Center. There is simply no need to be in fight-or-flight mode the moment your eyes start to open.

“If you’re in deep sleep, and you’re suddenly awakened, you may startle to wakefulness,” says Giordano. “But then there’s a little bit of a latency and then suddenly you feel sleepy again, so what happens is your body is literally acclimatizing to the new level of wakefulness and processing.”

How we wake up and the potential feelings of sleep inertia, which is defined by drowsiness, grogginess, and lack of alertness and can last anywhere from 15 minutes to a couple of hours, usually depend on which stage of sleep we are coming out of—something we cannot control. If we are in a deeper sleep, it’s much harder to wake up feeling oriented and ready to start the day, Giordano says, but there are some initial cues that may be more universal at helping boost alertness irrespective of sleep stages. It can start with the first thing you hear.

A sound that starts relatively quiet and calm and gets progressively loud and energizing is most effective, Giordana says.

“Rather than just literally pulling them from sleep into the wakeful state, you’re sort of gently escorting them into the wakeful state,” Giordano says. He compares this to jumping into a cold pool versus slowly adjusting your body to the new temperature inch by inch. Similar to how we adjust ourselves to new temperatures—various activities or parts of our day—our body is not accustomed to being jolted up and expected to pivot immediately. Especially if you’re in the middle of a dream, being startled can be really disorienting.

So you may consider a tone that starts light and gets to the chorus, or a certain type of alarm clock that has progressive tones built into it. Other factors like metabolism, environment, and fatigue may all play a role in how you wake up, but experts agree that trying new wake-up routines may promote alertness earlier in the day.

A song you enjoy

A study based out of Australia found that a song you can sing or hum to was most effective to combat sleep inertia. While some may avoid this routine because it ruins the song for them and becomes perpetually annoying, which I can attest to, the researchers found benefits to waking up to a song you find pleasant.

The researchers also have a specific song that they recommend and note that songs in C5 with beats at 100 to 150 a minute may be most effective.

“Listening to familiar, upbeat music immediately after awakening can set a more positive tone to the morning and can be a powerful motivator to start the day,” says Wendy Troxel, senior behavioral and social scientist at the RAND Corporation.

More research is needed on this topic to understand why songs we enjoy may promote alertness, she says.

If it’s harder for you to hear an alarm, incorporate calmer music during your morning.

Some people who have a harder time waking up to songs or softer music may have a tough time with this, Troxel says. For these individuals, she recommends having a more powerful alarm followed by the calming music to get back into the gradual awakening state.

“For my clients who struggle to even hear their alarm or who hit the snooze button without even being aware of it, I recommend having the alarm across the room, so they are forced to get out of bed and walk across the room to turn it off,” Troxel says. “Once awake and moving, the likelihood of returning to bed is much lower.”

In addition to considering your alarm tone, focusing on your overall sleep hygiene is crucial. This includes waking up and going to sleep around the same time every night. It also means getting out of bed when you hear your alarm clock and resisting the snooze button.

“The sooner you wake up and start moving, the sooner the grogginess will dissipate,” Troxel says.

Light exposure, physical activity, and a splash of cold water along with that upbeat music might make the difference. Practicing a routine that works for you is the best way to promote alertness.

So if you’re looking for a new way to kickstart your morning, you may consider subbing out the “Classic” for one of your favorite progressively energetic or upbeat songs.

“You don’t want to begin your day on a stressful note,” Giordana says. “Days are stressful enough.”