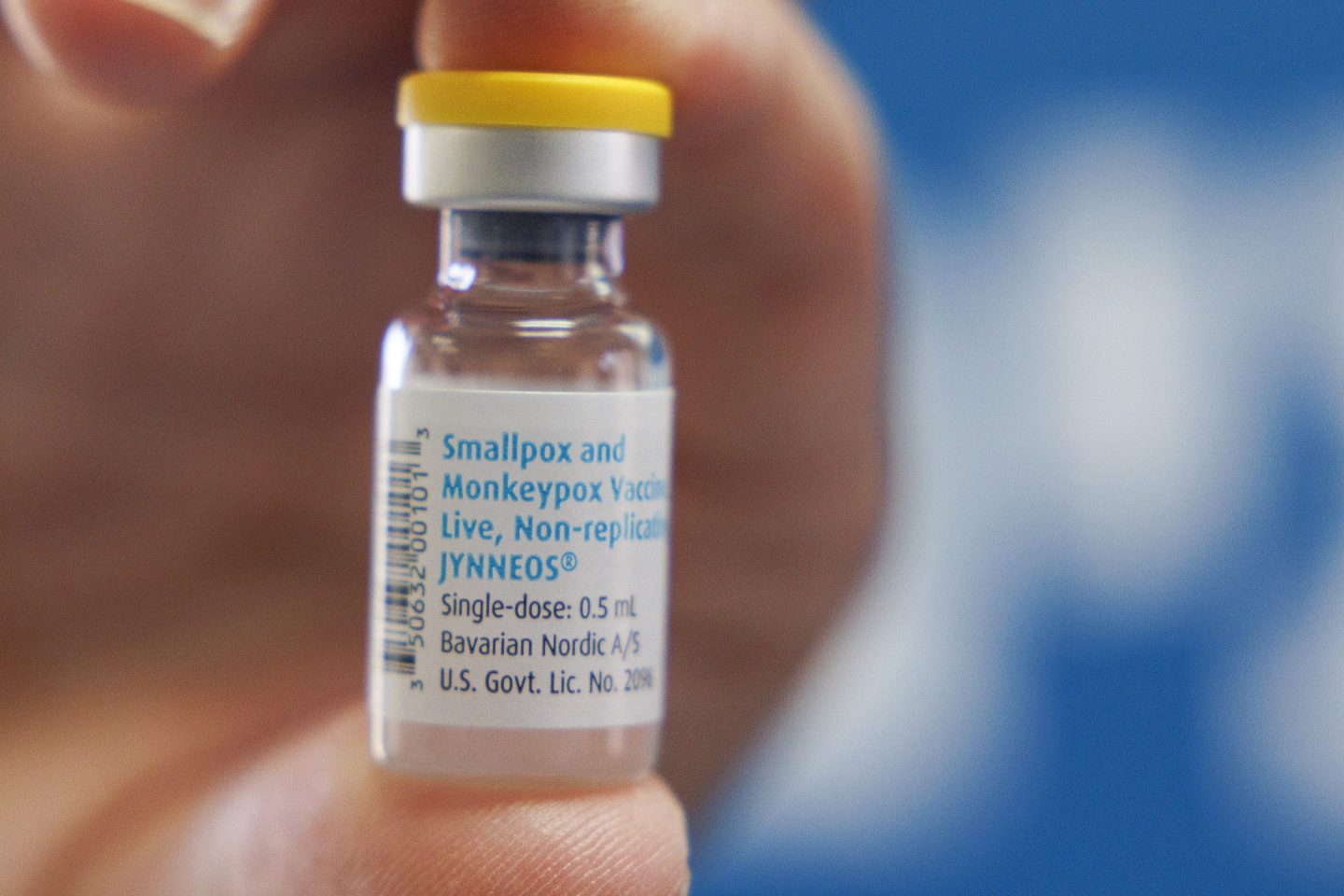 You may not have heard of monkeypox until the World Health Organization declared it a global public health emergency of international concern—its highest alert level—in July, just two months after the first case in the current outbreak was identified in the U.S. Now, the Centers for Disease Control and Prevention is reporting more than 5,000 cases of monkeypox across the country, though there are at least 18,000 worldwide.

The monkeypox outbreak comes more than two years into the COVID-19 pandemic, as the world has reopened and many people have grown weary of taking preventive measures like wearing masks and social distancing. We’ve returned to schools, to movies, to the office, to normal-ish, and so many of us have not engaged with the constantly evolving news about yet another viral disease sweeping the globe.

And then there is bias—the idea that monkeypox only affects certain people. People who aren’t like you. In fact, some media outlets came under fire recently for using decades-old images of Black people in their reporting on monkeypox, playing into stereotypes around their criminality and racist tropes that associate Black people with monkeys. This, coupled with the fact that the current outbreak is circulating among the LGBTQ community, has given some people a false sense of security, and fueled misinformation not only about how monkeypox is spread, but who’s at risk.

If we learned anything from the early days of the COVID crisis, it’s that when racial disparities in who contracted COVID-19 were highlighted, white people took fewer precautions. But we should all be concerned about monkeypox, says Dr. Danielle Ompad, professor of epidemiology at New York University School of Global Public Health.

Whether you’re confused by the headlines or exhausted trying to make sense of them, you’re not alone. Here, an epidemiologist cuts through the swirl of misinformation to help you understand the facts about monkeypox, including how it’s contracted and prevented, and how worried you should really be.

Despite its name, monkeypox does not come from monkeys. The disease earned the name when two “poxlike” outbreaks happened among colonies of research monkeys in 1958 in Denmark. The first human case of monkeypox was documented in 1970.

While monkeys can get monkeypox, they are not the reservoir (where a disease typically grows and multiplies). The reservoir seems to be rodents, says Ompad.

Monkeypox is part of the same family of viruses that causes smallpox and has similar, but milder, symptoms, which include:

Monkeypox is rarely fatal, according to the CDC.

It’s not. But this point of confusion is likely because the strongest warnings about the spread of monkeypox have been aimed at men who have sex with men. They are also the only group that WHO director general Dr. Tedros Adhanom Ghebreyesus advised to limit their sex partners to reduce community spread, which has given the false impression that the disease is spread only through sexual contact. Experts caution that’s not true.

“Monkeypox can be transmitted person to person, so that means if I have a rash, and you’re standing next to me with prolonged contact and your arm touches the rash on my arm, you’re at risk for transmission,” says Ompad. Any close contact with a rash puts you at risk, “so that includes hugging, kissing, and sex as well,” she says.

In addition to skin-to-skin contact, monkeypox can also be passed by respiratory droplets and from mother to child during pregnancy. You can be also be infected with monkeypox through contact with contaminated items like bedding, clothes, and towels.

Scientists are still trying to understand if monkeypox can be spread through semen or vaginal fluids.

Myth 3: Monkeypox only affects men who have sex with men.

“That’s absolutely not true,” says Ompad. “It can affect anybody, except maybe if you’ve had a previous infection. I can get it, you can get it, children can get it, and grandmas can get it. It’s not only gay men who are at risk for getting this disease, that’s just where the clusters are in this particular outbreak,” she says.

“The way the messaging has played out has given people an opportunity to say negative things about the LGBTQ community. It’s really unfortunate,” she adds.

Myth 4: I shouldn’t worry about monkeypox.

We shouldn’t be worried to the point where we’re panicking and staying inside all the time, Ompad says. Experts say your risk is relatively low, but not zero, in crowds and indoor public places where people are fully clothed. They also say that you’re not likely to contract it from gym equipment or other surfaces in public spaces. Right now, transmission is the result of close, intimate contact.

“We should all be paying attention, but we shouldn’t be freaked out,” Ompad says.

Myth 5: Anyone can get a monkeypox vaccine.

Not really. In the U.S., there are two types of smallpox vaccine used to prevent monkeypox, and one of them is in limited supply, though more is expected to be available in the coming months. The CDC says anyone exposed to monkeypox who hasn’t had a smallpox vaccine within three years should get vaccinated for monkeypox within four and and no more than 14 days of exposure, in order to reduce symptoms. This is a strategy called ring vaccination.

“Once they identify a case, they identify their close contacts and give them the vaccination,” Ompad says. Others may be eligible for monkeypox vaccination, but it really varies by state and generally limited to those with known risk factors and people who have been exposed.

There is one approved medication for monkeypox, a two-week course of an antiviral drug called TPOXX, and it is in short supply.

The mortality rate for the current outbreak is low, notes Ompad, so the typical treatment is just supportive care, unless you have a preexisting condition or are at high risk of death.

Myth 7: Monkeypox is easy to recognize.

It can be quite easy to mistake monkeypox for something else, especially in bug-bite season. Ompad points out that while a common symptom is a rash or sores across the body, “monkeypox can also be just a few spots; not everyone will have fully disseminated pox marks,” she says.

The best thing to do is get checked out the minute you develop a rash, says Ompad. And if you think you might have been exposed to monkeypox, isolate, and stay away from other people until you can talk to your doctor.