What is monkeypox? The symptoms—and who should be worried—according to experts 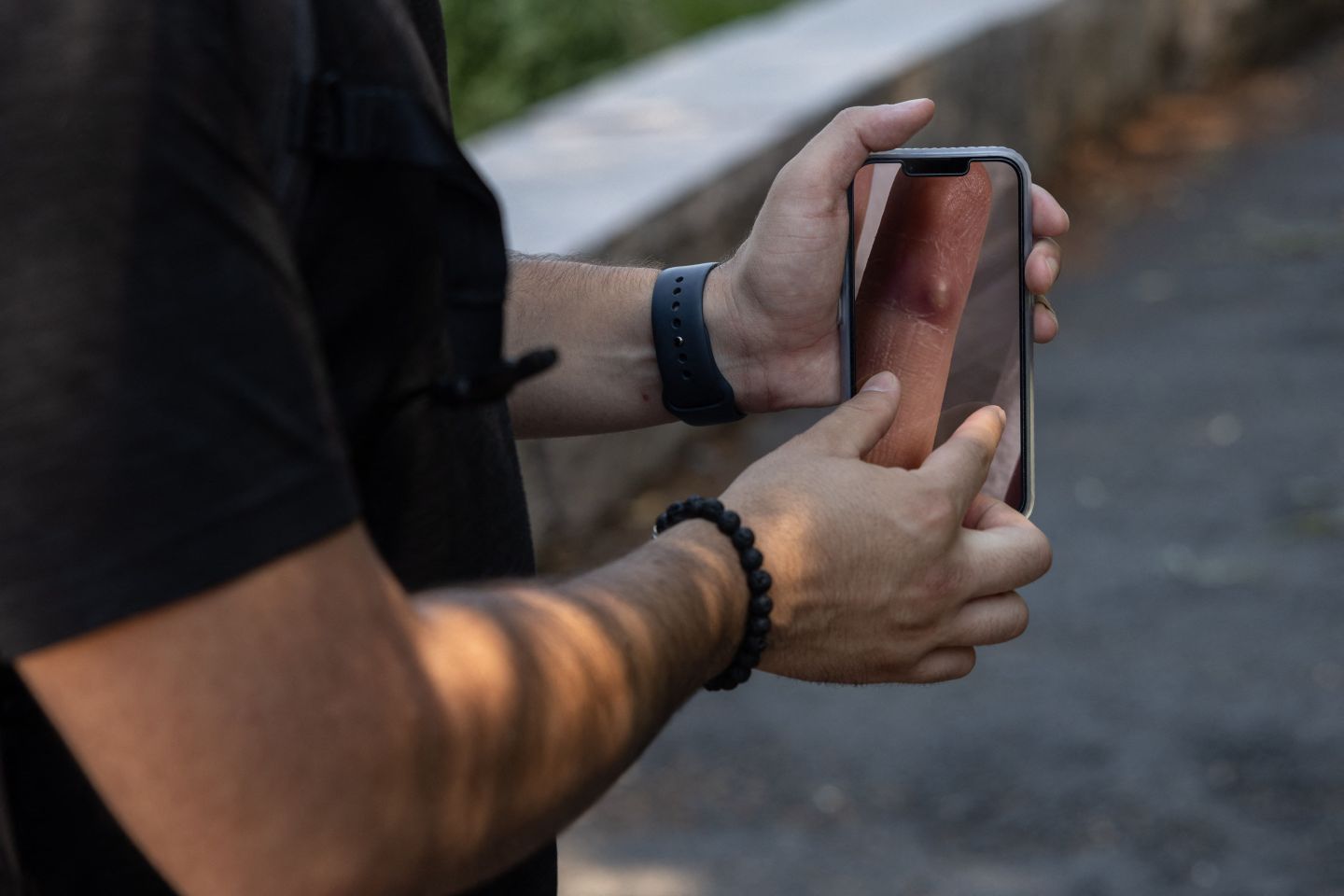 Monkeypox was declared a public health emergency of international concern by the World Health Organization this weekend, as cases topped 16,000 globally, with five deaths.

“We have an outbreak that has spread around the world rapidly, through new modes of transmission, about which we understand too little, and which meets the criteria in the international health regulations,” WHO Director General Dr. Tedros Adhanom Ghebreyesus said at a Saturday press conference announcing the declaration.

“For all of these reasons, I have decided that the global monkeypox outbreak represents a public health emergency of international concern.”

The risk of monkeypox to the global community is currently moderate, with the exception of Europe, where the majority of cases have occurred since May and where risk is high, Adhanom Ghebreyesus said.

Nearly all cases of monkeypox in the current outbreak have occurred among men who have sex with men, WHO officials reintereated Saturday. But the risk of spill-over into other populations persists, with several cases already reported in women and children who live with someone who contracted the disease.

But monkeypox is not a “gay disease,” experts insist. Anyone can contract it, they say, and everyone should be concerned.

“All Americans should get educated about this disease,” including symptoms and how to prevent it, U.S. Centers for Disease Control and Prevention Director Dr. Rochelle Walensky said in June.

Here’s more about the latest pathogen sweeping the globe.

What is monkeypox, and where did it come from?

Monkeypox, a rare disease related to smallpox and cowpox, was first identified in 1958 among colonies of monkeys kept for research, according to the CDC. African rodents and non-human primates like monkeys are thought to harbor the disease and infect people. The first human case was recorded in 1970, in the Democratic Republic of Congo, where the majority of infections occurred until the global outbreak in May.

Prior to this outbreak, cases had only rarely been reported outside Africa, where the disease is endemic. Last year two cases were identified in the U.S., one in November and one in July. Both involved travelers who had just returned from Nigeria. Human monkeypox was first reported outside of Africa in the U.S. in 2003, when 47 confirmed and probable cases were reported. All cases had contact with pet prairie dogs that had been housed near small mammals—including rope squirrels, tree squirrels, and African giant-pouched rats—imported from Ghana.

Monkeypox is now being transmitted from human to human, a phenomenon that had been previously documented but was rare, or at least underappreciated, until this outbreak.

What are the symptoms?

Symptoms are generally similar to, but milder than, that of smallpox, according to the CDC. Initial symptoms usually include fever, headache, muscle aches, and exhaustion. Within one to three days, patients develop a rash, usually on the face and then spreading to other parts of the body. Lesions progress through various stages before scabbing. The illness usually lasts two to four weeks. The typical incubation period is 7 to 14 days but can range from 5 to 21 days.

Symptoms in recent cases, however, tend to be “mild, sometimes, only in limited areas of the body,” differing from classic cases, Walensky said in June. Patients may not experience the typical flu-like symptoms before the rash appears. A typical rash is diffused, often appearing on the face and hands before spreading to other parts of the body. But in some current cases, only one lesion is seen—in the genital area—and it may look more like chickenpox or a sexually transmitted disease like herpes or syphilis—or even a pimple or a blister. It’s also possible to have an STI and monkeypox at the same time, making detection more difficult.

Another unusual symptom seen in recent cases, according to officials: proctitis, or inflammation of the lining of the rectum, which can make defecation, and potentially sexual activity, painful.

How do you catch the disease?

All of this is still true, but human-to-human transmission is now in the spotlight. The disease is now known to spread through close human contact, which may include, but isn’t limited to, sex. It can also be spread by contact with contaminated surfaces like clothing or linens.

Additionally, it can transmit via large respiratory droplets, which can travel short distances “with close, sustained face-to-face contact,” Walensky said in June, adding that it’s not believed to linger in the air and “not typically transmitted during short periods of shared air.”

Monkeypox is not transmitted “through casual conversation, passing in the grocery store, touching the same doorknob,” she said.

The WHO, however, cautioned against large gatherings in a June 4 situation update, in which it said respiratory transmission was possible via droplets and possibly short-range aerosols.

In a word, yes—though it’s not exclusively transmitted this way and has yet to officially be named a sexually transmitted disease.

The vast majority of cases diagnosed during this outbreak have been identified among men who have sex with men, especially those who have multiple sex partners, WHO officials reiterated this past weekend. But such cases have spilled over into other populations, such as women and children, via common household contact with infected individuals.

“This is not just a gay problem,” Dr. Albert Icksang Ko, a professor with the Yale School of Public Health, told Fortune in June.

Can you die from monkeypox?

Yes, but it’s unlikely—especially given the nature of the current global outbreak.

Monkeypox has caused death in as many as 10% of patients in Africa, the CDC states. However, that statistic concerns the Congo Basin clade, the more deadly of two categories of monkeypox. The West African clade, currently circulating globally, has a lower fatality rate of about 1%. There have been five deaths recorded since May, according to WHO officials.

“It can be fatal, and it’s most likely to be fatal somewhere where there is [poor] health care,” Professor Neil Mabbott, personal chair of immunopathology at the University of Edinburgh’s Roslin Institute, told Fortune in May.

Is there a cure?

Mabbott noted that while there is currently no cure for monkeypox, smallpox vaccines have been used in Africa in the past to provide protection against monkeypox, as the viruses both belong to the family of orthopoxviruses.

However, a successful widespread vaccination campaign eradicated smallpox from circulation decades ago, meaning the majority of the population isn’t immune to such viruses.

“Most of the world hasn’t been vaccinated against smallpox, so most people would be completely susceptible to [monkeypox],” Andrew Preston, a professor of microbial pathogenicity at the University of Bath, told Fortune in May.

“We haven’t been using that vaccine for about 40, 50 years, so there are very few people walking around now that have smallpox-vaccine-induced immunity,” Mabbott agreed.

Is monkeypox now endemic outside of Africa?

After nearly three years, COVID-19 has become endemic in the U.S. and around the world. That means the disease is regularly found in a particular area—in the case of COVID, that’s virtually all areas around the globe.

But there’s no agreed upon definition for endemicity, Dr. Amesh Adalja, a senior scholar at the Johns Hopkins Center for Health Security, told Fortune on Monday. Conditions, however, typically take “a couple of years” before being deemed so, Dr. Georges Benjamin, executive director of the American Public Health Association, and other experts say.

Case in point: the West Nile virus, a potentially fatal mosquito-borne illness discovered in Uganda in 1937 that arrived in New York City in 1999, eventually spreading throughout the U.S. and the Americas, from Canada to Venezuela.

But monkeypox may have already been circulating undetected outside of Africa for years—perhaps since 2018, some experts say, aided by early COVID-19 lockdowns that prevented people from seeking health care. Another factor that has aided covert spread: the mild presentation of some recent cases, causing it to be confused for chickenpox, or a variety of sexually transmitted infections.

“You can have a small lesion on your arm, and you may not get sick at all—but the next person you give it to could have a bad case and scarring,” Benjamin said, comparing the wide variety of severity in the condition to COVID.

Can we eradicate monkeypox?

Endemicity, however, wouldn’t mean the disease couldn’t be eradicated, as smallpox, another orthopoxvirus, was in 1980 after mass vaccination.

Vaccination can be used to halt transmission in countries monkeypox is new to, Adalja said. But policymakers must realize such a move is only a short-term solution.

“You worry now that because there’s an issue in Europe and the U.S., it’s hard for a world leader to say, ‘We’re going to go vaccinate Nigeria,’” he said.  But the vaccination of endemic countries is “how you control this from a long-range perspective.”

It’s exceedingly unlikely the world is anywhere near needing a smallpox-type effort to eradicate monkeypox, Benjamin said, though “hopefully someone is thinking about that type of response.”

A multipronged prevention and therapy strategy including post-exposure prophylaxis, antivirals, robust contract tracing, and “great data collection systems will help us get our hands around this much faster,” he said. “There’s no reason to think today we have to vaccinate the whole population.”

“We may be able to eliminate monkeypox to a baseline level it was at” before the current global outbreak, he said.

“You can get rid of an endemic disease, but it’s going to take work.”