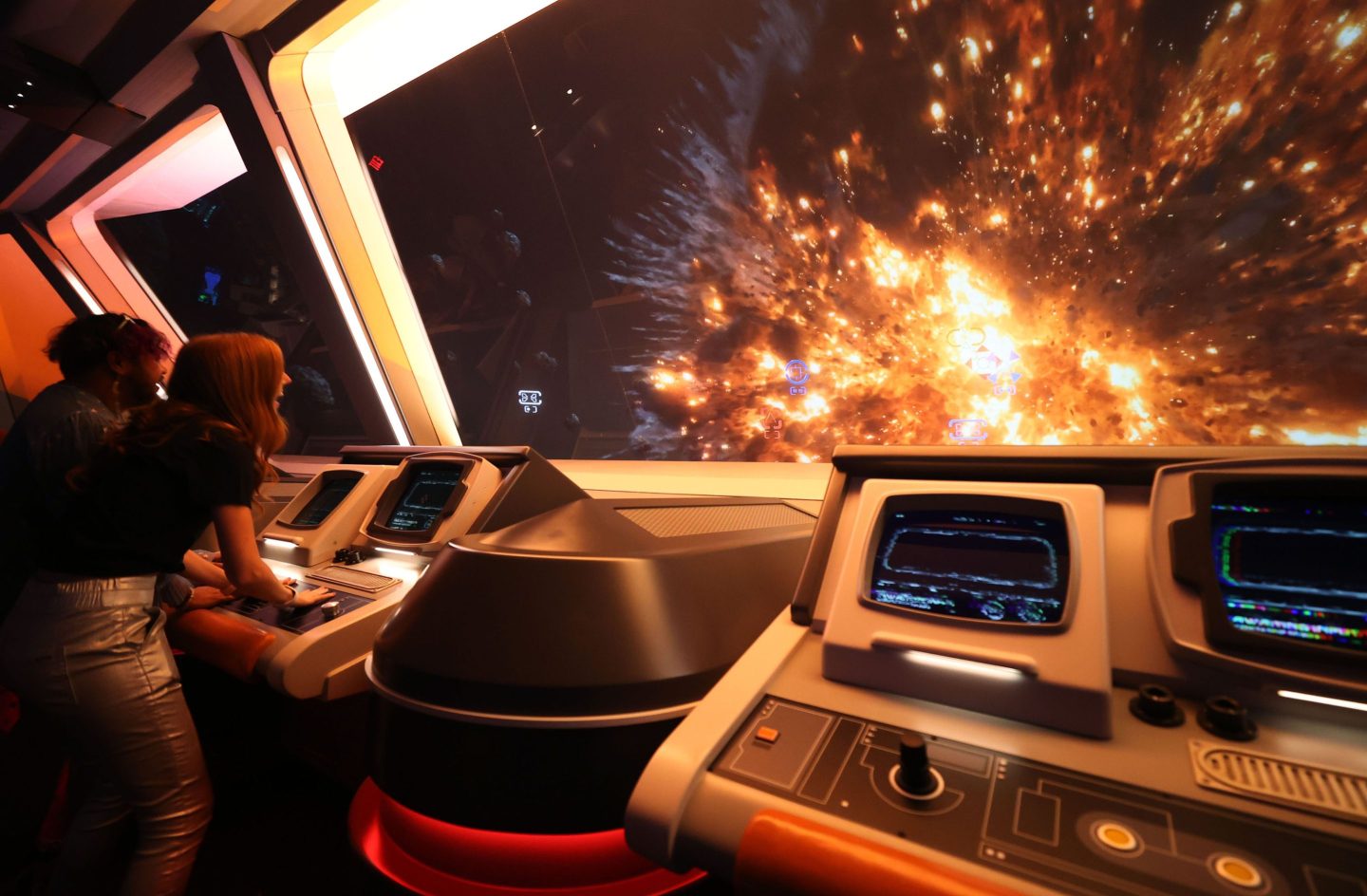 The Mouse House CEO received a fresh two-year mandate to return to Disney and work his magic after the board unceremoniously fired successor Bob Chapek in late November in response to growing losses at its streaming business.

The veteran CEO promptly got to work unraveling one of the core strategic decisions taken by Chapek and sacked his top lieutenant, Kareem Daniel.

But now Iger faces problems at one of Disney’s flagship attractions, barely a year after it opened.

Struggling to attract visitors to its pricey $5,000-per-package Starcruiser hotel, Disney began last week offering rare discounts of up to $700 off the two-day stay if customers book accommodations at other participating hotels in a promotional deal that lasts all the way through the end of September.

While it’s not unusual for hotels—even those run by Disney—to offer discounts of anywhere between 10%-25%, the Star Wars-themed faux space travel package is a deal executives have said would justify its premium price through the immersive experience. Moreover, the Galactic Starcruiser is a brand new offering from Disney, so it’s rare that it would already be subject to its first promotional discount.

Originally offered exclusively to Disney Vacation Club members, this 30% special offer has now been expanded to the general public in another sign that it’s not living up to expectations.

“Guests have been clamoring for these changes,” wrote Rick Munarriz, a Florida-based stock analyst focusing on Disney for Motley Fool, on Thursday, “but it’s also a way to woo potentially disgruntled fans back at a time of weaker demand.”

Disney did not respond to an inquiry by Fortune for comment.

Opening its doors in Orlando last March, the timing of the Galactic Starcruiser’s arrival at Walt Disney World couldn’t have been much better.

Flush with stimulus checks, brimming with optimism after a post-pandemic economic boom and desperate to finally enjoy an actual vacation for once, guests descended by the masses on Disney’s theme parks.

In its fiscal year 2022 that ended October 1st, annual operating income for the entertainment giant’s tourism segment catapulted to $7.9 billion from just $471 million in the previous period.

By comparison its media activities, the other far larger arm that generates about twice as much revenue, saw a 42% drop in profit due mainly to its heavy investments in streaming to better compete with Netflix.

Perhaps that outsized earnings gain at its parks business led executives at Disney to believe they had a sure-fire hit on their hands with the Galactic Starcruiser hotel.

It is billed as a two-night immersive experience where guests become the hero of their own Star Wars adventure aboard the Halcyon.

The stay features its own storylines, lightsaber training, gourmet eating at the fictional ship’s Crown of Corellia dining area, and a spaceport day on the fictional planet of Batuu at Disney’s popular Galaxy’s Edge attraction.

Unfortunately, the price of a cabin on the Starcruiser was also out of this world: a packaged deal for two adults and one child started at a combined fee of $5,299 for two nights.

Despite the expensive cost, the then-CEO of Disney believed it to be a compelling deal. Characterizing interest in the experience as “phenomenal” two months after it opened its doors, Bob Chapek said the first customer ratings were “incredibly high” during an investor update.

“Demand is strong and we expect 100% utilization through the end of Q3,” he said last May.

By that point, however, the Federal Reserve found itself in full blown inflation-fighting mode and financial markets were starting to take it in the knee as a result of repeated interest rate hikes.

The good news for investors subsequently appears to have dried up there.

It also may be indicative of broader problems stemming from Disney’s stewardship over the once beloved science-fiction franchise.

Series like Obi-Wan Kenobi disappointed despite the return of star Ewan McGregor, for example. Only Andor, the Rogue One spin-off series based around Rebellion spy Cassian Andor, has been a clear critical hit recently.

Consequently rumors emerged that Lucasfilm President Kathleen Kennedy, a divisive figure among fans for entrusting J.J. Abrams with the third trilogy, may lose her job once the Indiana Jones and the Dial of Destiny premieres in theaters this summer.

Fortunately, interest in the Star Wars franchise may return with the third season of The Mandalorian, debuting in March. The trailer drew in a record 83 million-plus views in the first 24 hours, according to the Hollywood Reporter.

Disney is set to report Q1 results on February 8th, with many analysts keen to see whether the company narrowed quarterly losses that had ballooned by 50% to nearly $1.5 billion.