Netflix founder Reed Hastings is stepping down as CEO: ‘It’s the right time to complete my succession’ 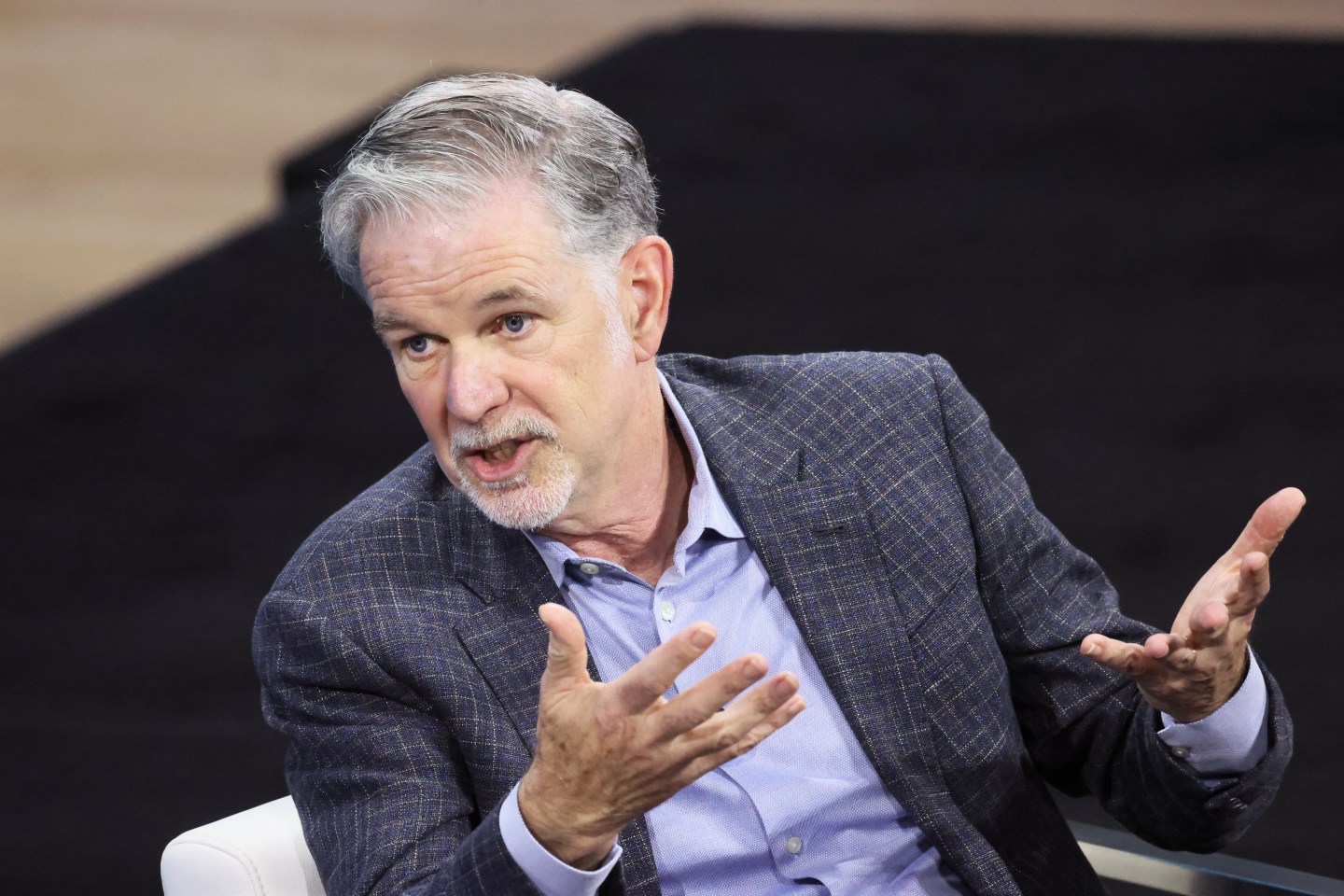 Netflix Inc. co-founder Reed Hastings is stepping aside as chief executive officer of the company he’s led for more than two decades, leaving the position to his two longtime associates, Ted Sarandos and Greg Peters.

Sarandos, who was already co-CEO, is the company’s public face in Hollywood while Peters, previously chief operating officer, has overseen its product development and push into advertising. Hastings, 62, will serve as executive chairman of the company.

“Our board has been discussing succession planning for many years (even founders need to evolve!),” Hastings said in a blog post. “The board and I believe it’s the right time to complete my succession.”

Netflix ended the year on a high note. The company added 7.66 million subscribers in the final quarter of 2022, easily topping the 4.5 million average estimate of Wall Street analysts. Revenue, at $7.85 billion, was in line with estimates, while earnings, at 12 cents per share, fell well below the same period a year ago. The company forecast that its profit margin and free cash flow would improve in the year ahead.

Sarandos and Peters must guide Netflix through a turbulent time in the media industry. The company just reported its slowest year of subscriber growth since 2011, the year it split its streaming business from its DVD-by-mail service. Shares in the company lost half of their value last year, while its growing frugality alienated some of the creative people who once hailed Netflix as a champion of the arts.

The programming slate was one of Netflix’s strongest, however. The company released its third most popular TV show ever with Wednesday, its most popular foreign-language movie with Troll and its fourth most popular movie ever, Glass Onion. Its titles accounted for more than 80% of the 10 most-watched streaming titles every week during the quarter, according to Nielsen.

Hastings has been signaling he would step aside for a few years. He elevated Sarandos to co-CEO in 2020 and named Peters COO at the same time. He already delegated almost all Hollywood decisions to Sarandos, and has gradually pulled back from the day-to-day affairs of the business.

“There’s no big strategy shift or big culture shifts,” Peters said during an interview with analyst Jessica Reif Ehrlich after the earnings were released. “We don’t have a bank of changes that we have been holding for this moment.”

Hastings founded Netflix in 1997 alongside Marc Randolph. Randolph served as Netflix’s CEO for its first few years, but Randolph proved to be better at coming up with the idea for a company than leading a growing enterprise. Hastings supplanted his co-founder as CEO and never looked back.

He took the company public and guided Netflix through its triumphant tussle with the video rental chain Blockbuster. Hastings introduced a streaming service in 2007 and four years later separated the streaming service from the DVD-by-mail service. That maneuver proved to be his single biggest flub at Netflix since it amounted to a 60% price increase for its customers. He also gave the streaming service the unfortunate name of Qwikster. The company lost 800,000 customers and its stock fell more than 70%.

But Hastings’s vision of the future was sound. Customers wanted to stream video on-demand over the internet. That same year, Sarandos decided to spend $100 million to make two seasons of a show called House of Cards. A pop culture encyclopedia, Sarandos joined Netflix in 2000 from a regional video rental chain and had been angling to fund original programming for more than a decade.

House of Cards proved to be a huge hit and forever changed the trajectory of the company. Netflix started spending billions of dollars a year on original programming and Sarandos, long Hastings’s deputy, was now billed as his partner. Soon enough, its biggest suppliers began to see Netflix as more foe than friend and Sarandos grew into one of the most influential executives in Hollywood history.

As part of the latest reorganization, Bela Bajaria will assume Sarandos’s old title as chief content officer. She had served as the global head of TV.

The promotion of Peters to co-CEO ensures that someone with a technology background will remain in charge of a company born in Silicon Valley. Peters has overseen the company’s push into advertising and its efforts to eliminate password sharing.

Increased competition from Walt Disney Co., HBO, Apple Inc. and others has hindered Netflix’s growth in the past couple of years. These companies have pulled many of their popular titles off of Netflix to use for their own services and the number of people canceling Netflix has increased. But Netflix believes a cheaper, advertising-supported tier for cost-conscious consumers and a crackdown on people sharing passwords will boost growth. It says more than 100 million people are using the service without paying for it.

“2022 was a tough year, with a bumpy start but a brighter finish,” the company said in its letter to shareholders Thursday.

Netflix introduced a new advertising-supported tier in November after years of positioning its service as an alternative to advertising-supported TV. The performance of the ad tier has been mixed, according to third-party data providers. It was Netflix’s least popular plan in its first month, according to Antenna, and advertisers say the service has delivered fewer viewers than the company projected. But the new tier led to surge in new sign-ups on its first day, according to Ampere Analysis, and increased its share of Netflix sign-ups in December.

Netflix said it is pleased with its progress and that the advertising tier has attracted new, cost-sensitive customers. Most of the people picking the advertising tier are new customers, not people downgrading from a higher-priced plan. The company had almost doubled the price of its most popular plan over the last decade.

(Updates with quotes from co-CEO in ninth paragraph.)