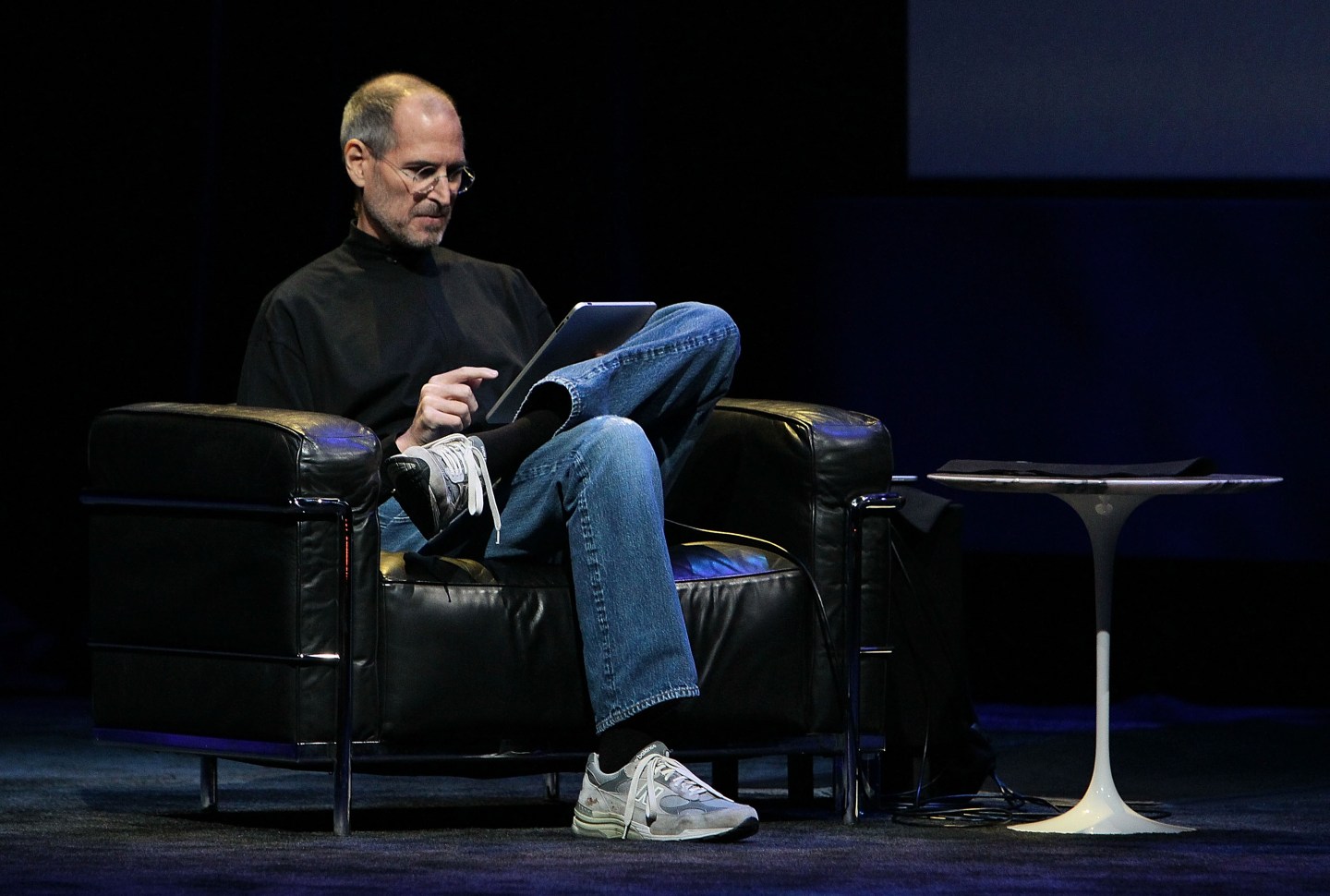 Steve Jobs demonstrates the new iPad as he speaks during an Apple Special Event at Yerba Buena Center for the Arts Jan. 27, 2010 in San Francisco.
Justin Sullivan—Getty Images

Apple Inc. is working on adding touch screens to its Mac computers, a move that would defy long-held company orthodoxy and embrace an approach that co-founder Steve Jobs once called “ergonomically terrible.”

Apple engineers are actively engaged in the project, indicating that the company is seriously considering producing touch-screen Macs for the first time, according to people familiar with the efforts. Still, a launch hasn’t been finalized and the plans could change.

For more than a decade, the company has argued that touch screens don’t work well on laptops and that the iPad is a better option if someone wants a touch interface. Apple also has worried that touch-screen Macs could cannibalize iPad sales.

But rivals have increasingly added touch screens to computers, putting pressure on Apple to do the same. A Mac resurgence in recent years also has made the business a bigger moneymaker than the iPad — and the company wants to keep its computer lineup as compelling as possible.

Based on current internal deliberations, the company could launch its first touch-screen Mac in 2025 as part of a larger update to the MacBook Pro, according to the people, who asked not to be identified because the plans are private.

A representative for Cupertino, California-based Apple declined to comment.

The current work calls for Apple’s first touch-screen MacBook Pro to retain a traditional laptop design, including a standard trackpad and keyboard. But the laptop’s screen would support touch input and gestures —  just like an iPhone or iPad. Over time, Apple could expand touch support to more of its Mac models.

As part of the MacBook Pro revamp, Apple is also planning to move its displays to organic light-emitting diode, or OLED technology. The company currently uses LCDs — liquid crystal displays — on its Macs, but iPhones and Apple Watches already rely on OLED. Those screens offer improved brightness and color and will also come to the iPad Pro in the first half of 2024.

If the touch-screen Mac moves forward, it would be a significant turnabout. The late Jobs said the idea of having computer users reach up to touch an upright screen “doesn’t work.”

“Touch surfaces don’t want to be vertical,” he said in 2010. “After an extended period of time, your arm wants to fall off.”

Jobs’s successor as chief executive officer, Tim Cook, maintained that stance in more recent years. In 2012, he said that Microsoft Corp. blending tablets and laptops was equivalent to combining a toaster with a refrigerator.

But Apple has reversed course in other areas. Jobs also said Apple wouldn’t sell a phone or tablet, and those became key businesses for the company.

And Apple’s laptop competitors, including Dell Technologies Inc., HP Inc., Microsoft, Lenovo Group Ltd., Samsung Electronics Co. and Acer Inc., have plowed ahead with touch screens. Apple is now the lone holdout among major computer makers to not offer such a product.

There also have been outward signs that Apple is considering a change in course.

But that transition has put a spotlight on the Mac’s lack of touch support. Using an app designed for an iPhone on the Mac can be a frustrating experience.

Even with the reversal on touch screens, Apple isn’t actively working to combine the iPad and Mac operating systems, the people familiar with the situation said. The first touch-screen Macs are likely to use macOS.

For years, some Apple customers have been asking for touch Macs, and the company made previous attempts to satisfy those users. In 2016, it launched the Touch Bar, a virtual strip on the keyboard that controlled functions. The feature was a dud, confusing consumers and never gaining enough steam with app developers. Apple discontinued the feature in 2021 on the high-end MacBook Pro.

By this past October, Apple sounded less hostile to the idea of touch-screen Macs. When asked about the prospect at a conference, software engineering chief Craig Federighi answered, “Who’s to say?”